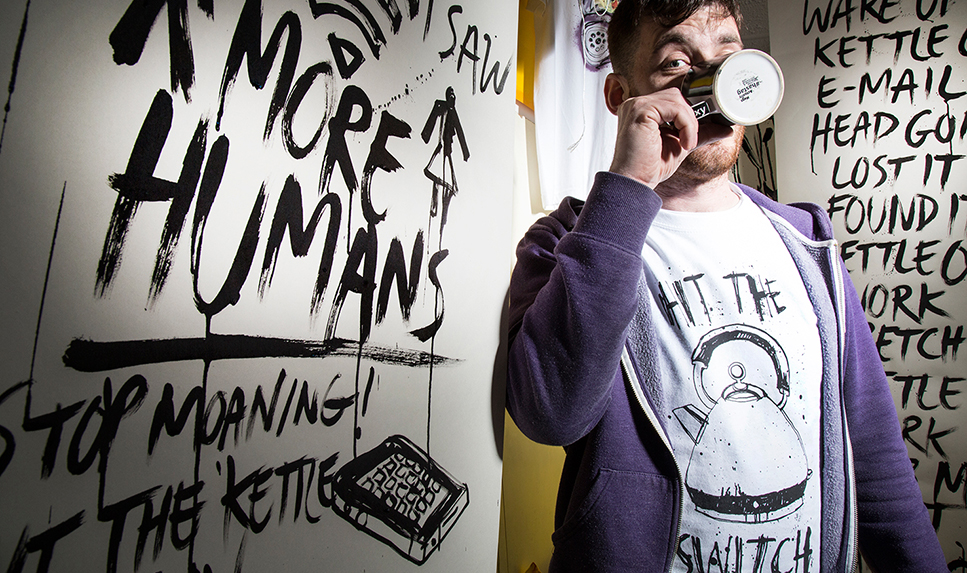 Hovering over the confirmation button for an annual travel-card payment begs the question – should I really make the move to London?

My time in Manchester has taught me that with the joys of technology, you don’t have to be in the capital to make a living in the creative industries any more – so why should I bother making the (expensive) jump?

Well, what my visits have taught me is that London is a hive of humanity and within the sweating masses lurk gatekeepers with the keys to the right doors – if you can seduce them with tea or beer.

How the “who you know” thing happens

“That’s Cotterill’s photography, mate, we used to commission him at the Big Issue. Here, I’ll give you his number. Give him a call, I don’t think he’s big on the emails.”

We’re in Greenwich’s Admiral Hardy pub at 4pm on the Tuesday of my first week living just up the road. Sam – an art director I illustrated for at the Big Issue – slides over his phone.

I met Sam on my first trip to London and have worked with him – and been friends with him – over the years since. We share contacts freely since we complement one-another’s professions. This is how the whole “who you know” thing happens. 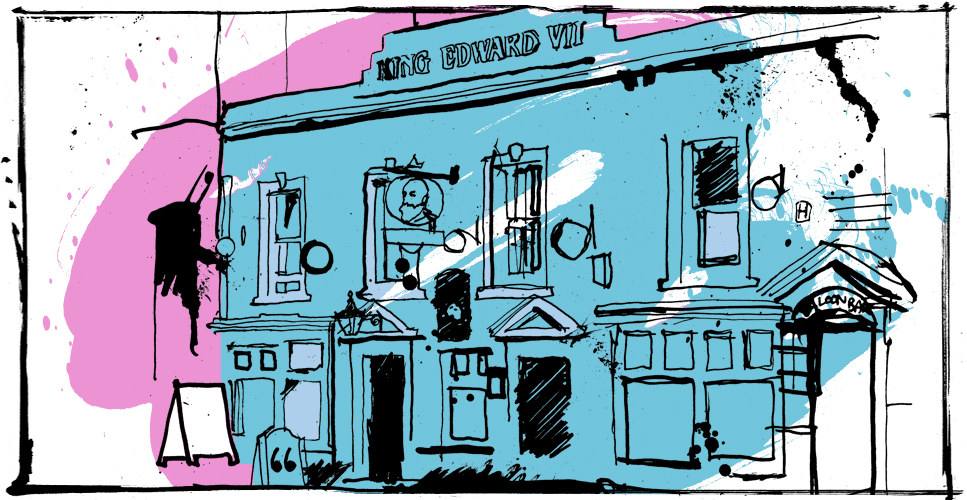 Three days later its 2pm and I’m leaving the King Edward pub in Stratford with Andrew Cotterill, the man responsible for the stunning photographs of Jarvis Cocker, Plan B and other A-list musicians on the Admiral Hardy’s walls.

If you’re getting the wrong idea about my being in all these pubs on weekday afternoons, don’t. It’s usually coffee.

I’d promised myself that if I was coming to London, I was going to do it properly – no more skulking in the shadows of my bedroom and calling it an office.

There’s nothing wrong with a tweet, I like Twitter, but the social media stuff is nothing unless it builds on the foundations of any successful creative individual: character and personality.

That’s the stuff that an audience emotionally invests in. I’ve sent out 900 emails in one faceless blast before now and received a soul-destroying three polite replies.

I’ve been developing a hand-lettering style for a year or so and I wanted to work with a good music photographer to add a new dynamic to a predominantly sport-based portfolio. 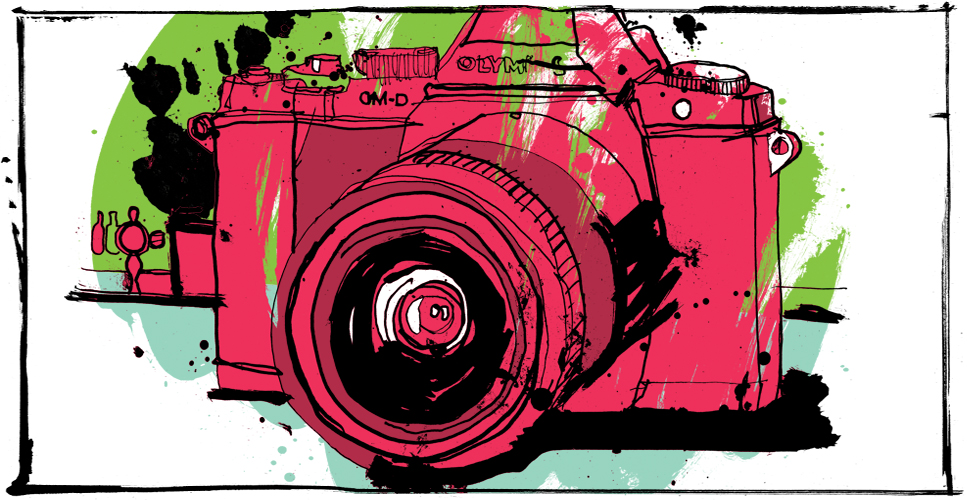 Actively seeking one this soon is ahead of schedule, but my meeting with Sam opened the gate to Andrew and now we’re speed-talking about what form our collaboration might take.

He has sponsors in mind, if an exhibition happens. Oh, and he knows a gallery. The contact page on that gallery’s website, I suspect, would not have brought about this opportunity.

As Andrew and I walk down the high street, we’re excited about sifting through his vast archive of music photographs – Ian Brown, Florence, Chuck D, Damon Albarn. It feels like an IKEA friendship, just there, as if it always was. In this world, a couple of sips will make sure that subsequent clicks mean a lot more.

I go home for a lie down that evening with a hard-drive loaded with the Who’s Who of music. It’s a fierce underlining of why it’s so necessary to meet people and talk.

This applies anywhere, but London, for better or worse, is unrivalled in the UK for providing the means to do so.

This “creative safari” that it appears I’m embarking on is gaining momentum already.

I’ve been roaming wantonly outside my specialist discipline of illustration into the world of writing with the publication of my debut book, Champagne and Wax Crayons, podcasting as host of Arrest All Mimics, and my last project in Manchester was as art-director on a sci-fi series for Dailymotion called Portal.

I’ve had all the highs and lows associated with learning many of the required nuances of a new discipline on the job.

The standout lesson from the film-set was that it’s not a good idea to buckle under the pressure and storm off set, swearing at your director in full view of actors dressed as strippers.

Join me as I explore, embrace, decipher and try to survive London’s jungle of a creative scene.