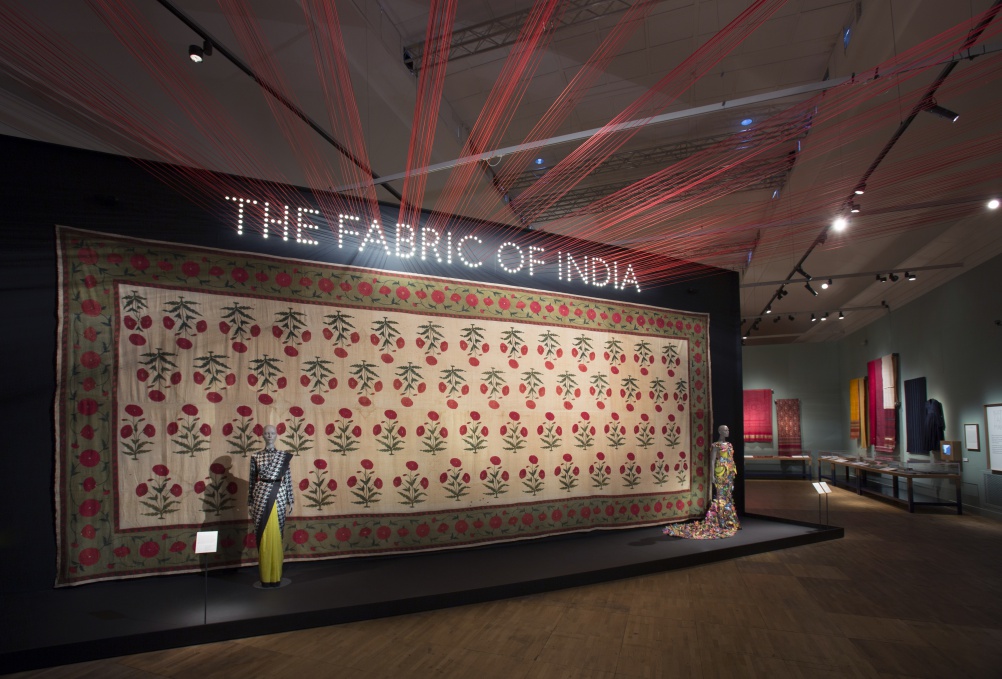 Gitta Gschwendtner has created a spatial design for the Victoria & Albert Museum’s Fabric of India exhibition, which uses yarn to help house and tell the story of around 200 objects made by hand.

The exhibition, which runs until 10 January, is the main event at the V&A India festival and features some of the earliest known Indian textile fragments, contemporary fashion, ancient ceremonial banners, contemporary saris and sacred temple hangings.

“This begins with the title where you can see the string projecting forward and I’ve also used it between galleries – at one point to create a curved corridor, which allows you see into the next space,” she says.

Exhibits have been contained in trays, which Gschwendtner says form “a continuous and consistent design language” which were more favourable than “blocky plinths.”

Within this structure each section of the exhibition has been given a different feel and Gschwendtner says that it was important that the design language did not overwhelm the exhibits.

The first section Nature and Making has been designed so that it hints at a workshop environment. There are workbenches made from MDF finished in a dusty green, while small trays contain samples of string and cocoons of thread.

This the leads onto the Sacred section before the Splendid section where rich tapestries are contextualised with architectural-stained MDF architecture. Blue lighting helps to create the sense of the outside and the display sits within a high ceiling space.

A Global Trade section looks at travel, the influence of different textiles and how they have been used by in the trade market.

The last gallery has a fresher feel and shows contemporary pieces separated by fins. Subsections include Textiles in a Changing World and At the Cutting Edge. “We wanted it to have richness but not look too flashy,” says Gschwendtner, who adds, “We’re playing with quite simple structures and slightly unusual materials.” 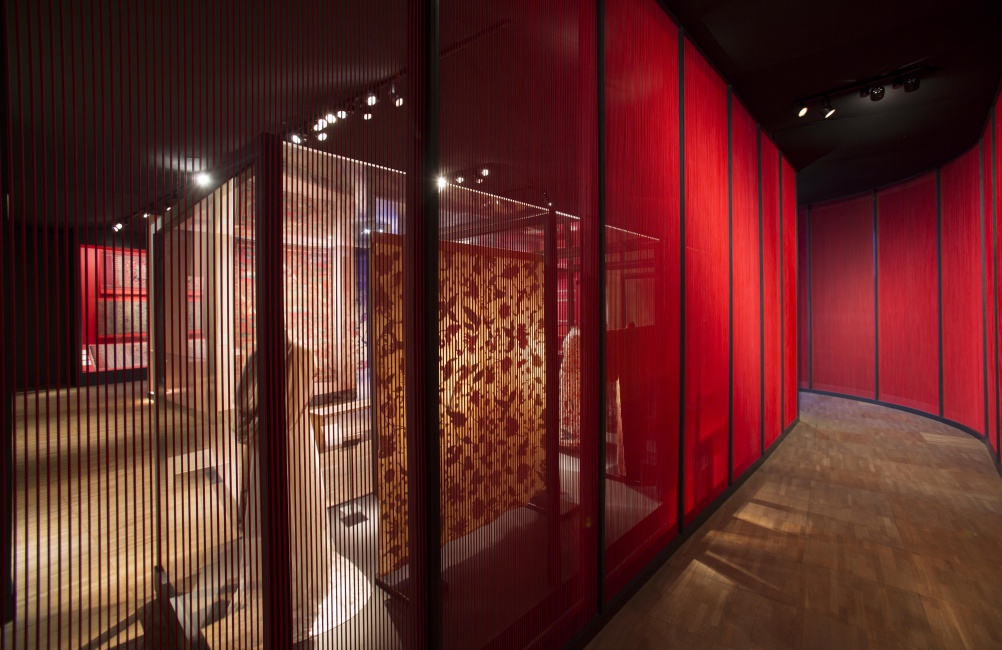 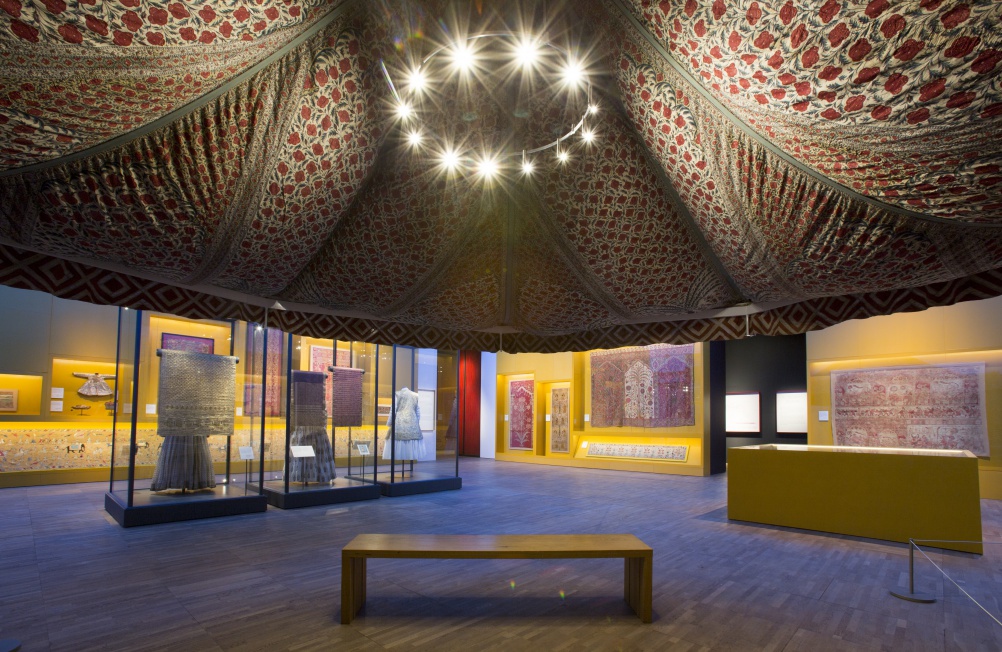 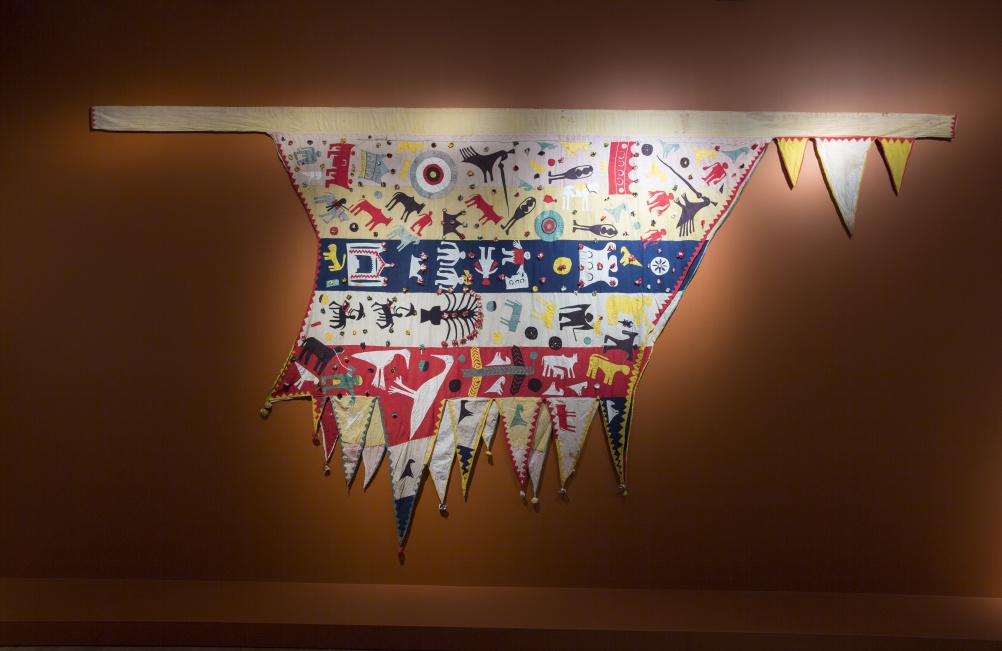 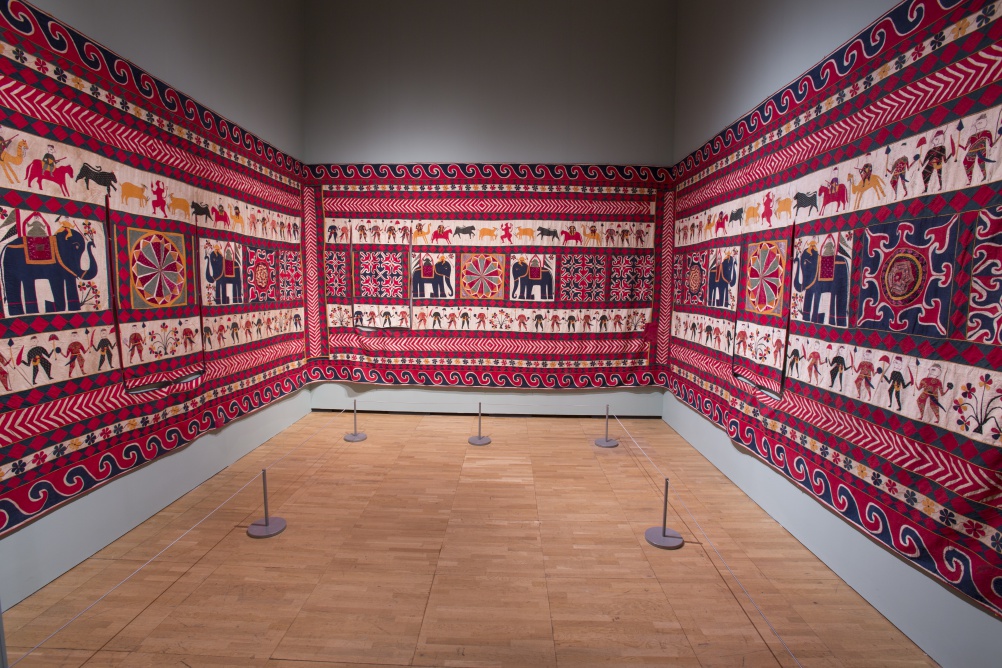 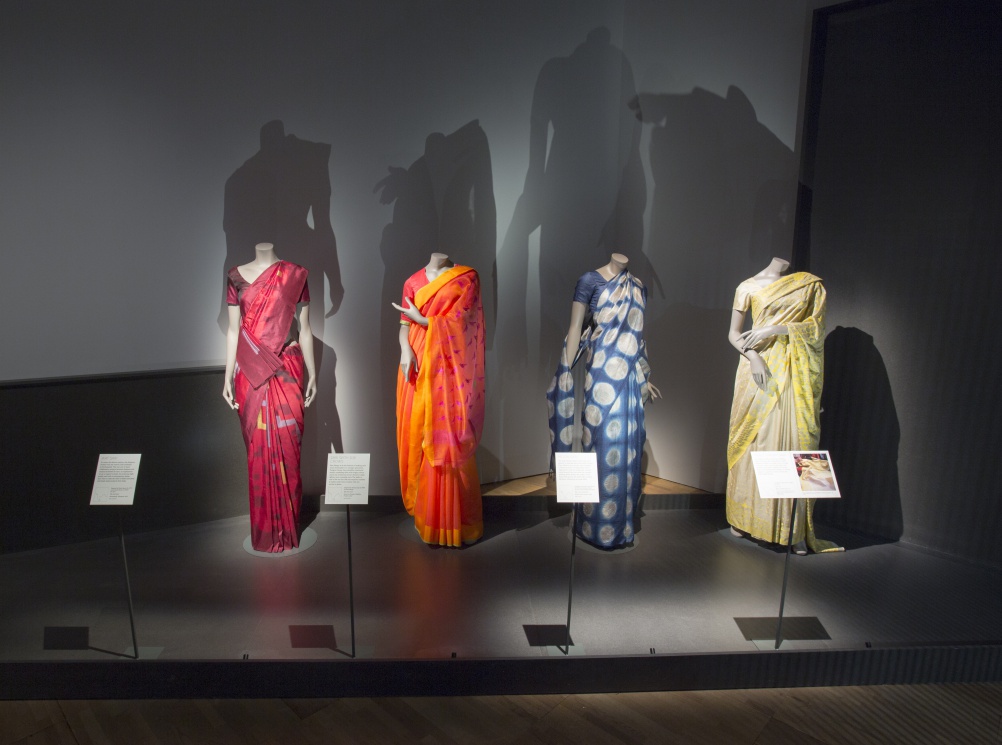 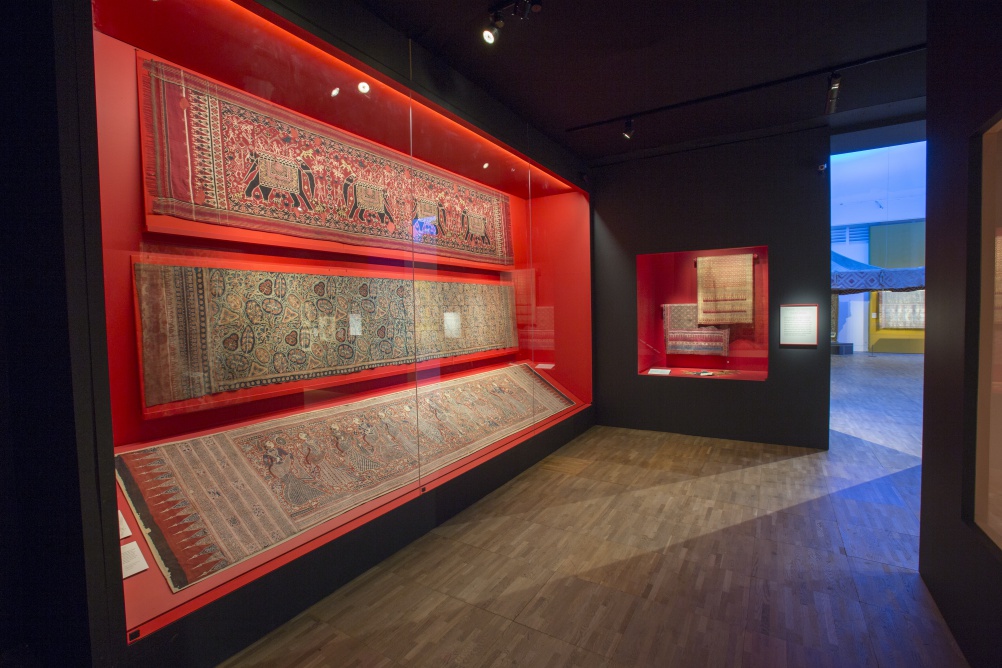 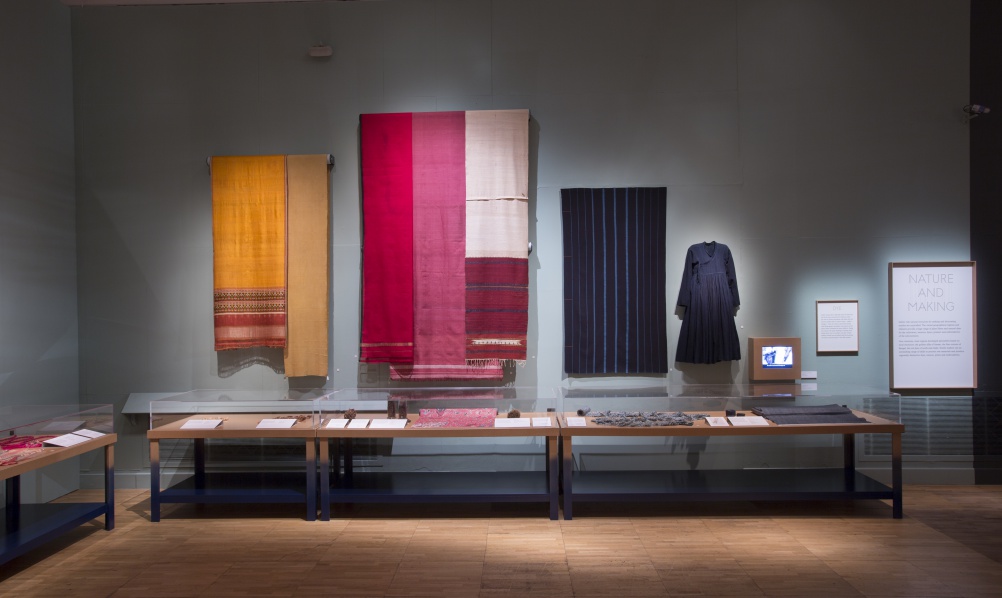 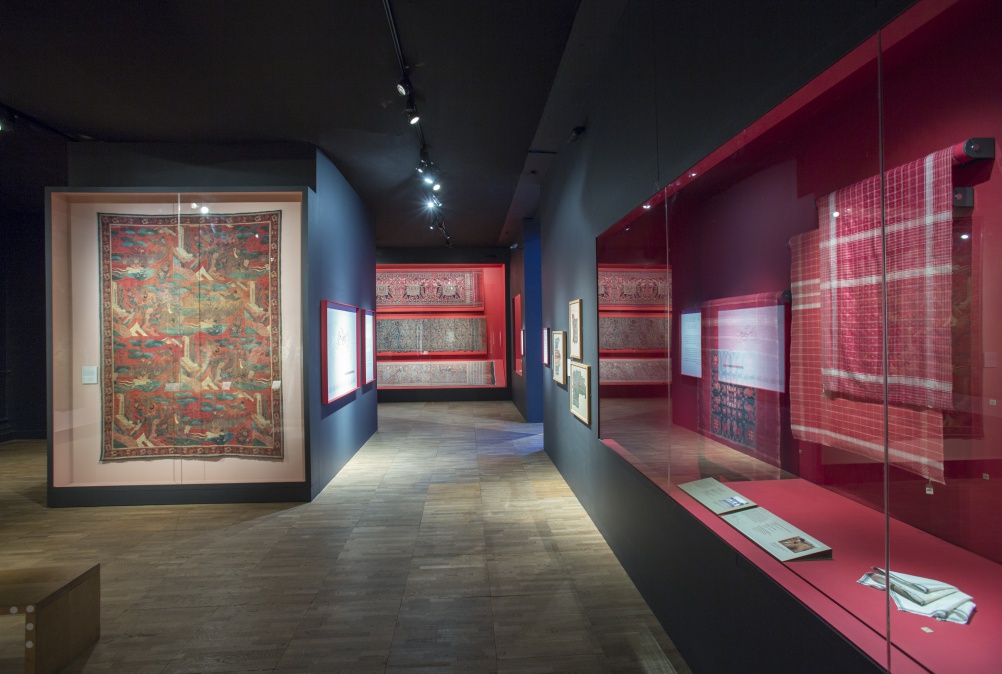 Latest opportunities – university frameworks and interiors work up for grabs

Caps off – RBS set to rebrand as… rbs