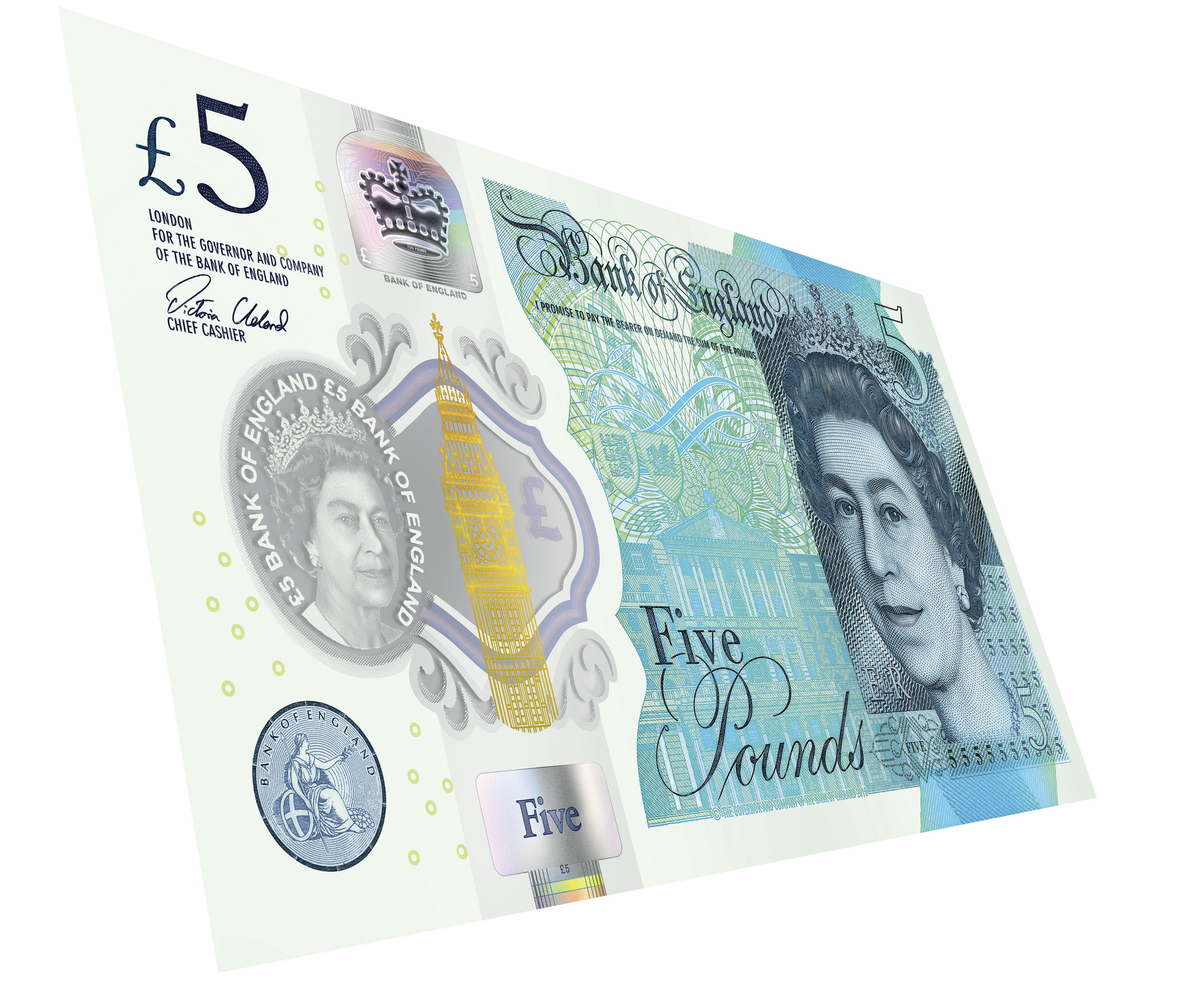 The redesigned £5 note featuring Winston Churchill enters circulation today, with 440 million of them being initially distributed.

It is made from polymer, a thin flexible plastic, making it resistant to dirt and moisture and able to last 2.5 times longer than paper, according to the Bank of England

It adds that the note contains new security features, which make it harder to counterfeit.

The sizing of the new notes will be tiered, and they will feature bold numerals and similar colour palettes to the current notes, which aim to help visually impaired people distinguish between them.

The new £10 and £20 notes will have a series of raised dots making them distinguishable from each other and from the £5 note, which doesn’t have any.

Governor of the Bank of England Mark Carney says: “The use of polymer means it can better withstand being repeatedly folded into wallets or scrunched up inside pockets and can also survive a spin in the washing machine.”

The old paper £5 notes will remain in circulation until 5 May 2017, when they will no longer be legal tender. 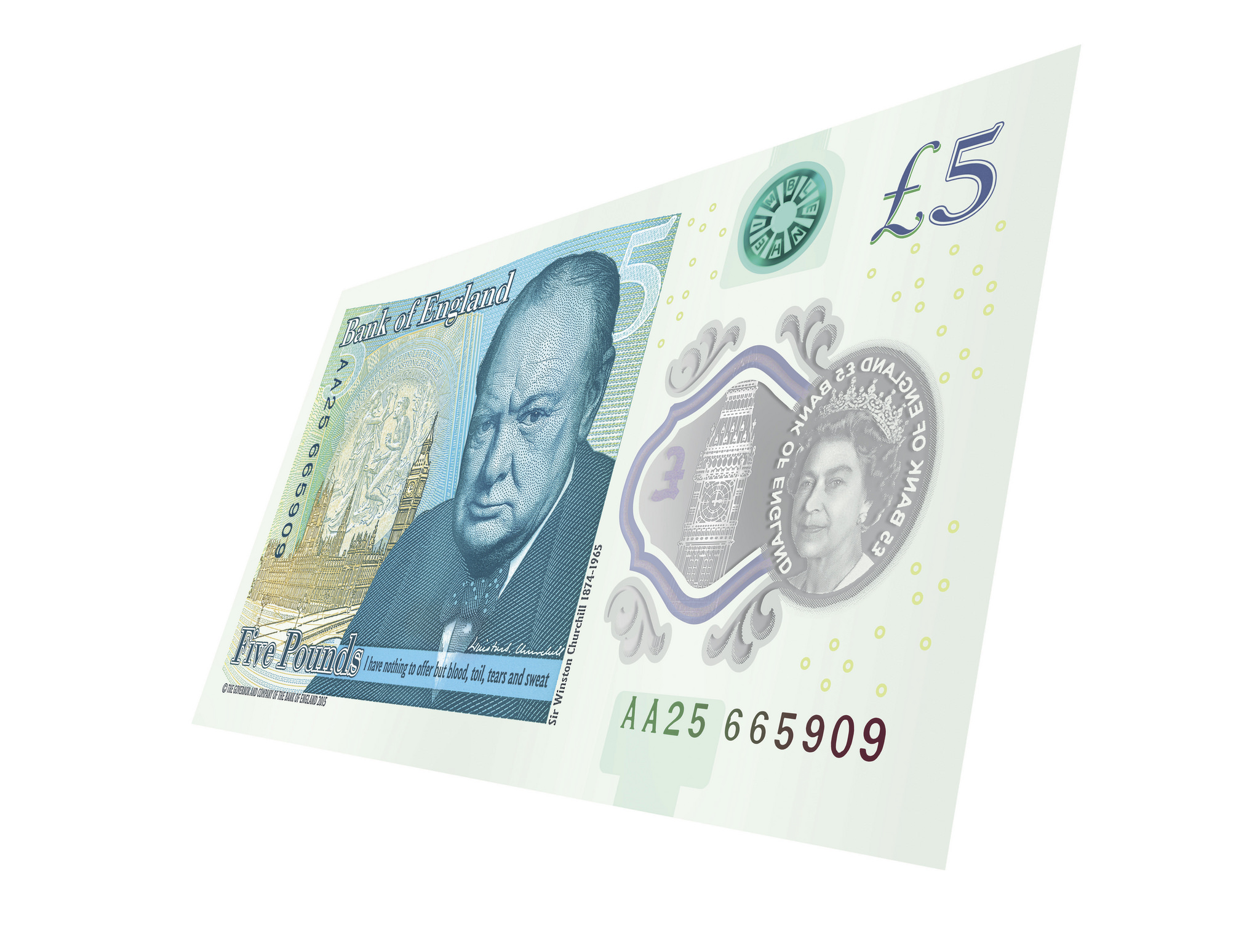 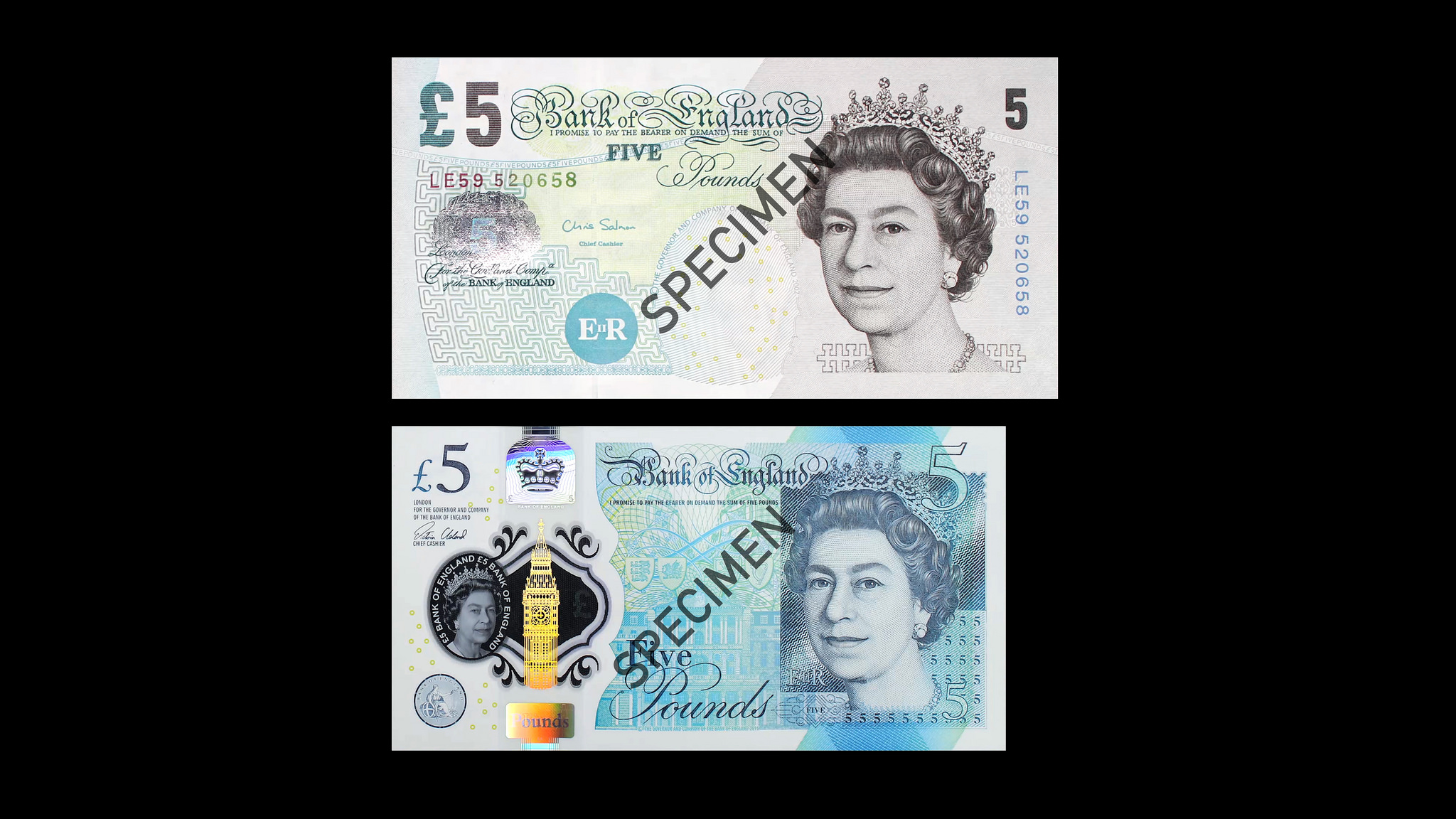 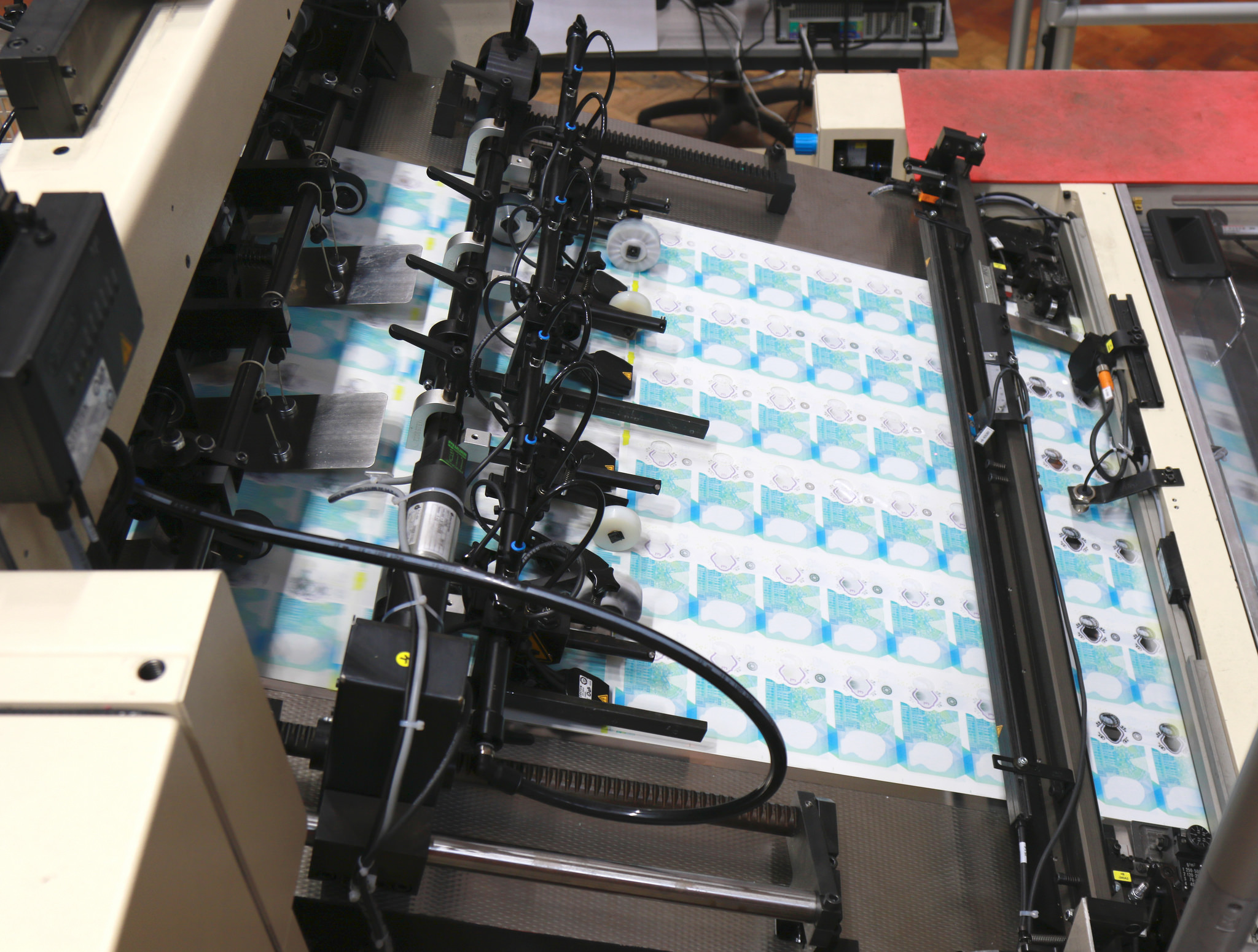 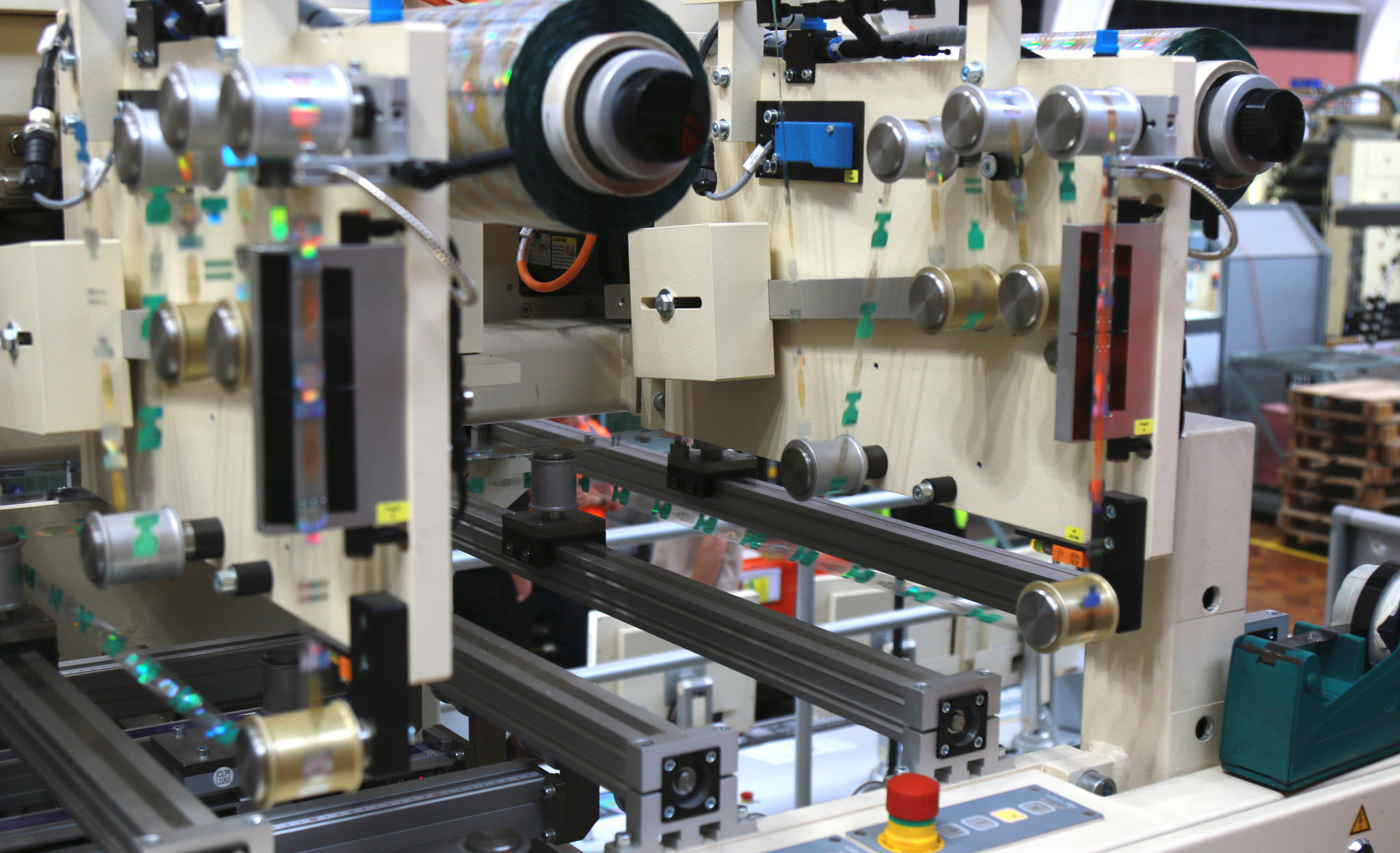 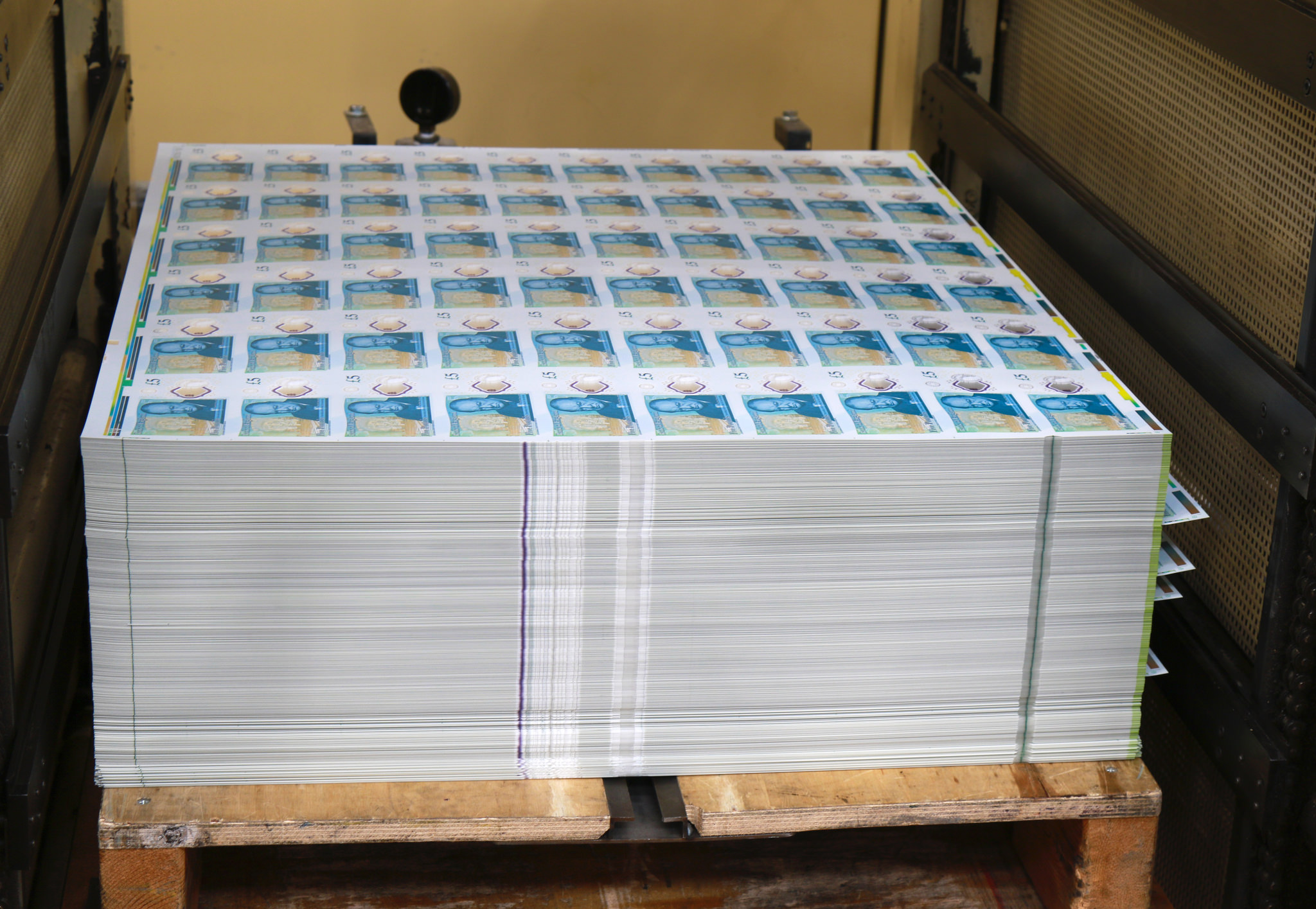 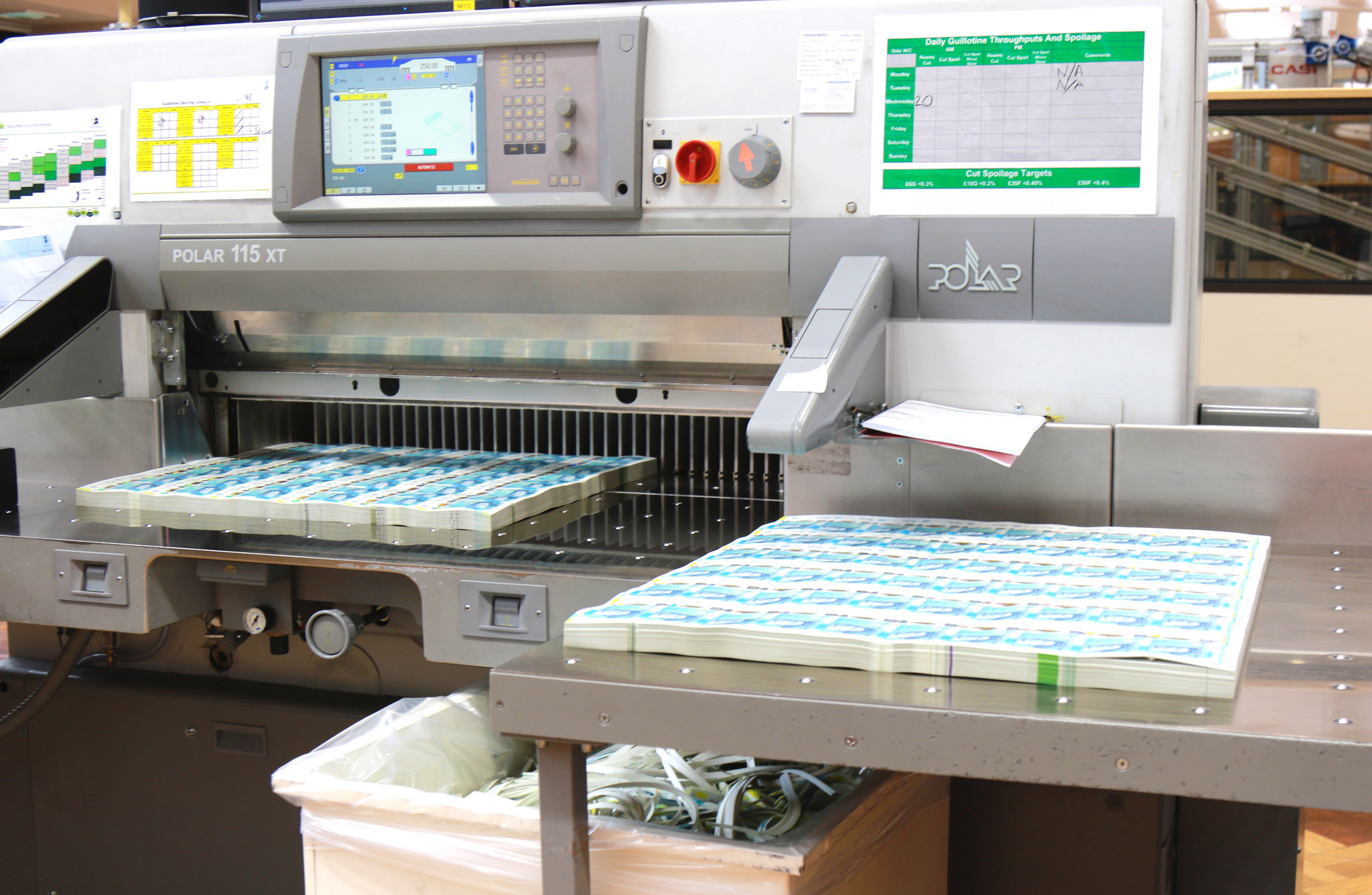 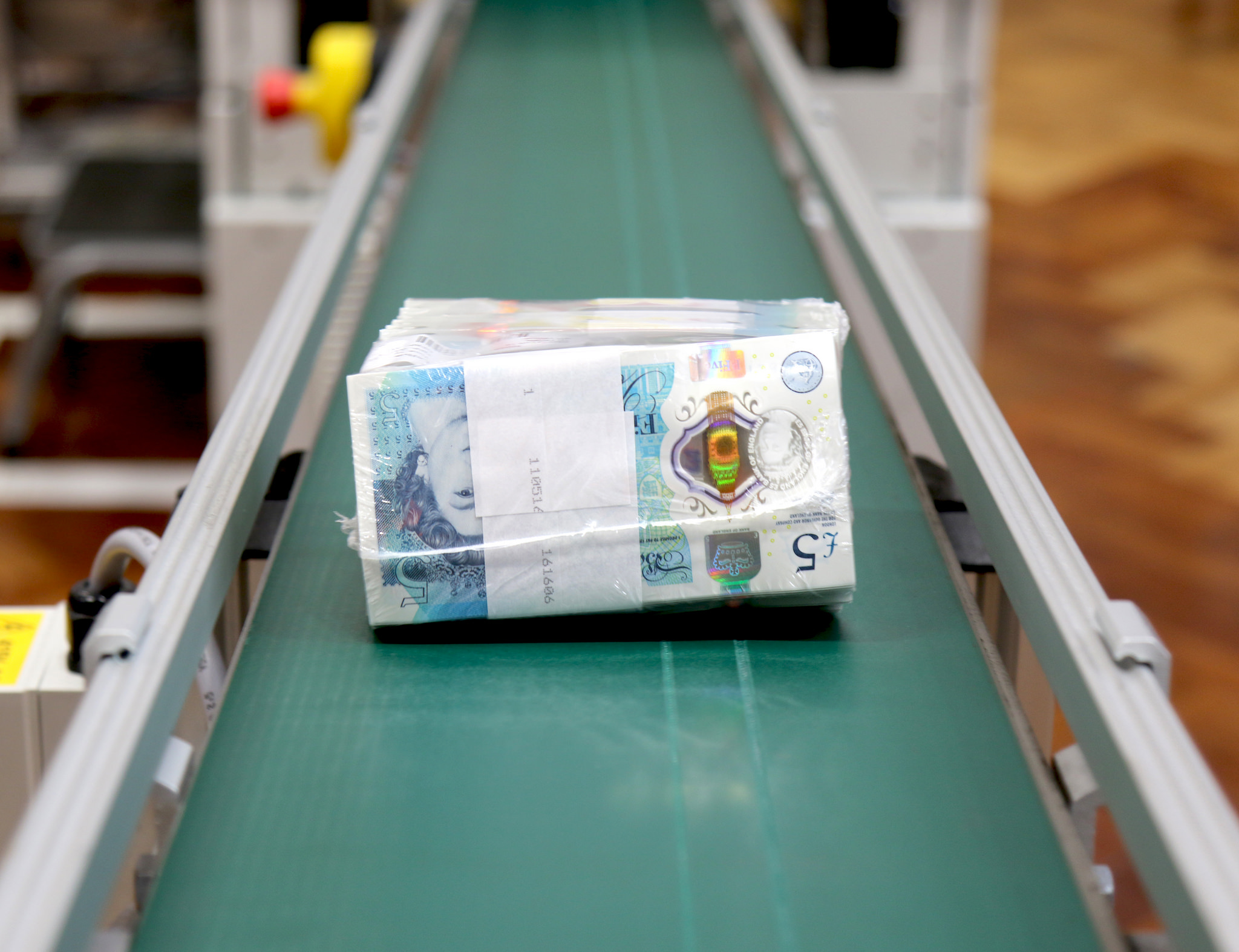 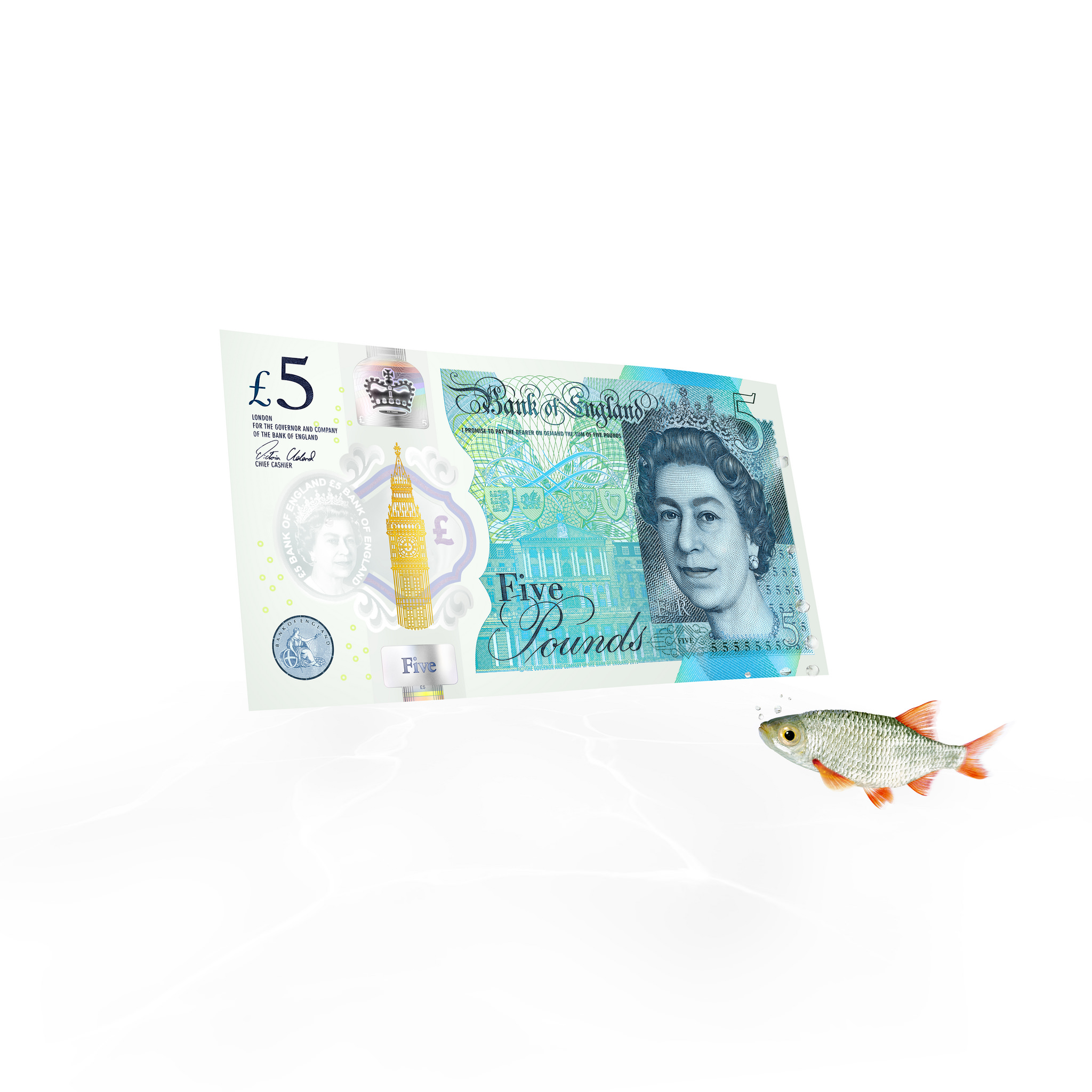 Our favourite brand sounds: from McDonald’s to Nokia