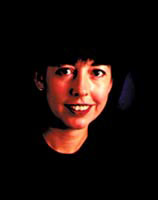 Coley Porter Bell creative head Allison Miguel is leaving the consultancy “to do her own thing,” according to sources.

Her role will be taken on by creative directors Stephen Bell and Martin Grimer.

Miguel, who sat on the consultancy’s board, is “leaving to take on a less stressful life”, but is not joining another company, according to CPB chief executive Amanda Connolly. She will not be replaced by one individual, Connolly says.

Her departure date has not been decided, but she must officially give three months’ notice, adds Connolly.

“[Miguel] is currently formulating her plans for the future,” she says. “The details have not yet been worked out exactly. It is too early to say.”

Miguel has worked with several key CPB clients, including Cadbury, and on, several other “works in progress” currently under wraps.

“In Bell and Grimer we have two board creative directors who will take [Miguel’s] baton. The new creative line-up will continue to shape the work started by her,” says Connolly.

Miguel, who joined CPB in 1996 from the then Wickens Tutt Southgate, was not available for comment as Design Week went to press.