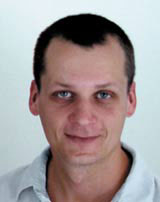 Mark Delaney has been made redundant from his role as design head at Samsung Design Europe, it emerged this week. He left the company last Friday.

Joint Samsung design head Clive Goodwin will take a more leading role at the group. Delaney (pictured) says the decision was amicable. ‘I’d reached a point where I needed to move on,’ he says.

He says he plans to ‘form a design consultancy working on product-led branding projects’.

Samsung Design Europe employs 14 staff and, according to Goodwin, is currently recruiting for three further positions.