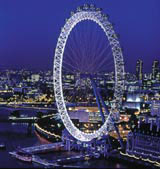 Awards are an emotive subject. You love them if you win, hate them if you lose – or limit your chances of recognition by not entering.

But they have their merits. Creative awards make you feel good. They help attract the best staff to your team, and the awards event gives you the opportunity to celebrate as a team. They also give a snapshot of a year, highlighting design trends, hot groups and hotter clients.

Some people uphold the merits of effectiveness awards, whereby a project has to prove its commercial worth to win, over prizes for overall creativity or craft skills. But there is room for all, and in an ideal world the same consultancy or project will win them all. It is not unknown, as groups like Lewis Moberly and the old Newell and Sorrell (now Interbrand) have shown.

We wait to see if this trend continues with the DBA International Design Effectiveness Awards this year, since the Design Business Association board of directors saw fit to inflate entry fees by unprecedented proportions. The Design Business Association claims that quality is up, but word on the street is that the move will make entry to the scheme viable only to the big players, with more cash set aside for marketing, and that the standard of creativity among the entrants might therefore suffer.

It is a myth that creativity is the sole province of the small specialist group led by ideas and exquisite craft skills. Many of these make a strong showing in the creative charts, notably Johnson Banks, Turner Duckworth, HGV and Blackburn’s. But creativity can reside within a so-called supergroup, as long as it is nurtured as part of the group’s culture – and it can be honoured if the management see fit to enter awards. Global giant Ideo Product Development, part of Steelcase, and Cordiant Communications-owned Fitch, have shown this, while Interbrand continues to make a showing, albeit on the strength of the earlier success of former London group Newell and Sorrell, which it acquired.

But it will be interesting to see how groups renowned for their creativity, like WPP Group stablemates The Partners, Tutssels Enterprise IG and Lambie-Nairn, plus Omnicom acquisition Wolff Olins, fare, given their recent change of status. It will be a happy day when branding giants such as Enterprise IG and FutureBrand enter the creative charts with a vengeance.

It is remarkable, given the state of flux on the business side of design, how consistent creative output has been among consultancies known for the quality of their design work. The only big change in the UK charts is the leap by Apple Design Group into third place, on the strength of consistent success in the D&AD Awards. Meanwhile, in awards across the board, the top three names remain the same, with Ideo Product Development remaining in top slot. But there has been a jockeying for second position, with Lewis Moberly impressively beating global group Fitch into third place.

At the top of both charts a big group is challenged by a smaller, more specialised one. The Partners maintains a clear lead in the UK prize tables, having ousted Johnson Banks from top slot two years ago. The most successful group of all time in terms of D&AD and Design Week wins, The Partners also ranks fourth in the cumulative chart, though not at all in the DBA Design Effectiveness Awards listings – we can only assume it doesn’t enter.

Its position is boosted this year by recognition in the DW Awards. The ingenious Now Wash your Hands calendar for Thrislington Cubicles, featuring tablets of soap, was commended, while The Queen’s Awards for Enterprise 2000 emblem, created with students Kjerstin Keller and Christine Munch, and the identity for printer TW Tindall, were shortlisted.

Creativity is part of the culture of The Partners – as it is with near rivals in the charts Johnson Banks and Lewis Moberly. Creative partner David Stuart is president of British Design & Art Direction, as managing partner Aziz Cami has been in the past. The group also puts in a sound financial performance, ranked 27 in Design Week’s 2001 Top 100 Consultancy Survey with fee-income of 6.37m on turnover of 8.12m. But its position may well change – possibly even for the better – since its takeover last July by advertising group Young & Rubicam, which in turn threw in its lot with WPP Group last May. All eyes are on The Partners to show that ownership by a global conglomerate need not affect the quality of the creative output, only broaden a group’s influence and stature.

Wolff Olins is also in this position, following its acquisition by Interbrand’s US-based owner Omnicom. It won the DBA grand prix for its part in Heathrow Express, but it would do well to try to improve its position in the awards charts. It is harder for a group focused on big corporate identity programmes to compete in a market where smaller print or digital media projects net a lot of prizes, but it has dropped back one place in the UK charts and remains outside the top 20 in the cumulative chart.

Similarly, there is bound to be a change in the awards success of Tutssels/ Lambie-Nairn over the coming months. Though both are still owned by WPP, they separated in January. Branding specialist Tutssels extended its global reach under WPP’s The Brand Union umbrella, becoming Tutssels Enterprise IG, while Lambie-Nairn remains alone within the stable.

MetaDesign London makes its last solo appearance in the charts, having been merged into Interpublic Group-stablemate FutureBrand. But look out for the work of MetaDesign London founders Tim Fendley and Robin Richmond, who have yet to reveal their plans, but who will keep creative quality high on their agenda, particularly if a rumoured link with design guru Erik Spiekermann is on the cards.

Among the awards stalwarts there has been little change. But it’s worth keeping an eye on Pentagram, whose performance over time has been exemplary and which appears to have found new energy under a relatively young line-up of new partners. Of these, Angus Hyland, who joined in 1998, has arguably had the most awards successes, but you still see the likes of David Hillman and John Rushworth featuring strongly in award-winning projects.

The year 2000 was a time of big millennial projects – this is reflected in the charts. Newcomers include Casson Mann, whose stunning exhibition work for the Science Museum’s new Wellcome Wing scored in Design Week and D&AD Awards this year, and Marks Barfield Architects, whose outstanding London Eye won it a special DW Award and struck D&AD Gold.

The Royal Mail Millennium Stamps project, masterminded by Mike Dempsey at CDT Design, continues to add to the scores of a number of groups. This year’s crop includes CDT, Pentagram, Roundel, Rose Design and the former Tutssels, which were all honoured in the Photography and Image Manipulation category of the 2001 D&AD Awards.

Also shooting into the charts are branding group Williams Murray Hamm, through its retail identity for organic chain Here! and mould-breaking Wildbrew packs for Interbrew UK, and digital media design group Digit for its work for MTV2 and others. Conran & Partners makes its debut, largely through the product design of Sebastian Conran, who joined Terence Conran’s group in 1999. Meanwhile, Glazer makes it into the cumulative charts.

Just coming into the UK listings are small specialist graphics groups Atelier Works – largely on the strength of The Mennonites, published by Phaidon – and Sea. It is also good to see Michael Nash Associates, which won accolades in the 1990s for its Harvey Nichols packs, enter the charts with Kevin Gould’s Dishy cookbook, published by Hodder & Stoughton.

Non-London groups make some impact on the charts, but it would be great to see more regional representation. The message for them is that if you don’t enter, you can’t win and London doesn’t have the monopoly on creativity.

Graphics role models are Manchester groups The Chase and Tucker-Clarke Williams – its key players recently reformed as Love, so watch this space – and Glasgow’s Tank. Leeds group Elmwood is still up there, while Bristol’s Kinneir Dufort holds its own for product work.

Then there are the in-house teams. Jonathan Ive’s success at Apple Computer carries on, with a D&AD Gold for the iMac Pro Mouse. But BBC Resources is making its mark in the screen graphics arena and Philips Corporate Design and Dyson Appliances’ in-house team both enjoy a respectable standing in the charts.

Digital groups continue to win creative awards, despite the dotcoms downturn, with Deepend the clear leader. But there are fewer chances here than in print to notch up points.

Interiors similarly lags behind branding and other disciplines, partly because there are fewer awards open to specialist groups and partly because they are less inclined to enter. Of the specialists, Ben Kelly Design continues to lead the field for interiors, with Din Associates coming up in the UK charts, while Casson Mann and Met Studio Design do well for exhibitions work.

Next year’s picture looks set to be different as consultancies continue to realign themselves. But we hope to see the likes of The Partners and Wolff Olins continuing to put creativity high on their agenda, despite being part of global conglomerates, and for big players such as Enterprise IG and FutureBrand to enter the fray. We also look to in-house teams to make their stand – and not just in product design – and for groups based out of London to have more confidence to give it a go.

Award schemes aren’t the only way to measure creativity. But they do help, and everyone enjoys winning.

We compiled the charts on the basis of data submitted by the organisers of the key design awards across the world. This information was supplemented by details given by consultancies about awards wins over the past 12 months, after they were prompted via e-mail, and data from Design Week coverage.

Each award is assessed according to a point system we have developed over the four years we have been publishing the Creative Survey and results are based on awards performance over the past six years. Details of the system are shown on page 27.

The UK chart is based purely on success in the Design Week Awards and D&AD Awards, which are deemed to be the top UK honours. Consultancies are ranked in the cumulative chart according to their total point score across a host of specialist and global creative awards schemes. Only schemes with credibility within the industry are included.

Creative input from local specialists is key to success