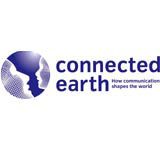 The brand identity created by Cobalt for BT’s multi-million pound museum project Connected Earth, which showcases the UK’s telecommunications heritage, will be unveiled this week.

The launch of the identity will be followed by the creation of a Web-based museum, by Cobalt and Line Communications Group, and the creation of six physical museum sites around the UK.

Cobalt will design all physical environments that will house historic BT artefacts.

The project, worth an as yet undetermined seven-figure sum in design fees, will be completed by 2005, when the last of the sites are unveiled. The first site will open in April in Cornwall at a revamped exhibition space.

Other sites include the New Museum of Scotland and London’s Science Museum. A purpose-built site is under construction at Amberly in Sussex.

Cobalt beat three groups including Shelton Fleming in a credentials pitch to win the job.

“The concept is to tell the story of communications through a series of engaging stories, backed up by the artefacts.

“It is a unique approach to relating significant developments in our history,” says Cobalt chairman Ian Woodhouse.

Eye of the tiger