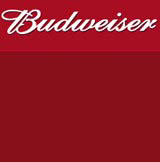 Circle.com is revamping Budweiser’s UK website, which launches in two phases over July and August, as the US drinks giant aims to strengthen its position in the UK drinks market.

An improved look for the site launches on 16 July, while the second phase, the site’s functionality and strategy implementation, will be unveiled in early August.

Circle.com which created the original site, was confirmed as Budweiser’s digital group and placed on an 18-month retainer worth a six-figure sum in May.

Eye of the tiger

Russian to get a copy of Olins branding book