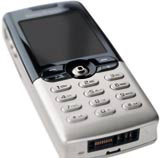 Mobile phone manufacturer Ericsson’s handsets were losing serious ground to the opposition, until it teamed up with electronics giant Sony. Mike Exon reports

The year 2001 made a lot of people wake up. Not only the dawn of a new millennium, it was a low point in a world sick of techno hype. It’s funny how Stanley Kubrick’s sci-fi film of the same name depicted a world where the proximity of man and machine leads to disaster. Like the movie, it was clear by the turn of the millennium that the real world had staked too much on technology.

From the ashes of that old era came Sony Ericsson Mobile Communications – in October 2001 to be precise. There was not much of a fanfare for the joint venture, not outside of the tech world anyway. The wider media had all but lost interest in the ‘dusty’ promises of the mobile phone world and manufacturers like the Swedish Ericsson and its arch rival and design supremo Nokia had ceased to be flavour of the month in the broadsheet press.

So what is Sony Ericsson about? Before it came along there had been problems for Ericsson in particular, that had arisen squarely from the design of its products. Clive Grinyer, now director of Orange World Customer Experience, recalls how from a design perspective Ericsson was seriously losing ground to the competition. What impressed him was how it managed to wake up to the problem, and that’s what Sony Ericsson is about.

‘A couple of years ago, what was astonishing was how the quality of design was fundamentally driving the success or failure of mobile phone companies. Ericsson eventually realised that no matter how much technology it threw at people, it was the design of the handsets that would make or break things,’ Grinyer says.

So 2001 became a time of re-assessment for Ericsson, well known for the functionality and gadgetry of its handsets, but less perhaps for its style and ease of use. By tapping into the consumer muscle of Sony – arguably the Nokia of the consumer electronics world, as one industry insider puts it – Ericsson was confronting its biggest demon. Moreover, Sony Ericsson would be a joint venture of scale, a brand that would outwardly echo the sleekness of Sony and the technical know-how of Scandinavia.

It is now make or break time for Sony and Ericsson in the handset market. In an interview with the Wall Street Journal on 30 August 2002, Ericsson chief executive Kurt Hellstroem hinted that if the market doesn’t take up Sony Ericsson’s handsets, there is unlikely to be a second chance.

Nobody is more aware of this than Hiroshi Nakaizumi, corporate vice-president, Creative Design Center, Sony Ericsson Mobile Communications. For it is his job to design the product that builds the brand, a fact which he is keenly aware of. It’s no exaggeration that design really is everything for mobile phone makers. There’s not just the styling and aesthetics of the handsets to consider, but also their functionality: how consumer friendly are they; do they have appropriate features? It is this, says Nakaizumi, which creates the customer experience and so ultimately what will make the brand a success.

Nakaizumi’s heritage is with Sony. He first joined Sony Corporation in 1983 as part of its Tokyo-based Graphic Design Group. An engineering graduate, but not a product designer, his experience in charge of consumer packaging for much of Sony’s US product output during the 1980s has clearly given him an understanding of how to build brands.

After stints in the Tokyo, New York and New Jersey offices of Sony Electronics, Nakaizumi was given a critical and overarching role in charge not only of internal and external aspects of design for Sony products, but also overseeing design communications and media relations for the company’s design group.

Nakaizumi says setting up the Sony Ericsson Creative Design Centre has been very refreshing. It has been a chance to start from the bare essentials, and to fuse the best bits together from both partners, which is what the whole joint venture is crucially about. It’s a marriage of scale and cross-fertilisation.

‘We did have a lot of discussions about what to call the business, whether or not to create something new instead of using Sony and Ericsson,’ says Nakaizumi, ‘but in the end decided to keep both names and working together we proposed a new single marque, which now appears on all of our products [in the mobile phone market].’

Sony designer Takuya Kawagoi, who is now Sony Ericsson’s art director for global marketing, was enlisted to create the eye-catching liquid identity, formed by fusing the ‘S’ and ‘E’ from the first letter of each company’s name.

Nakaizumi says the first job for the Creative Design Centre was assembling a cross-party team of about 25 designers with the skills to design the physical products, the phone interfaces, the graphics and the branding. He wanted a truly multidisciplinary group.

‘It’s a smallish team, mainly ex-Ericsson people, which is located in the US, in Sweden and in the UK. We now have five people in North Carolina, three in London and about 20 in Lund, in Sweden. We also have design partners in Japan, Singapore and the Far East, though we haven’t got as far as China yet,’ he says.

Nakaizumi’s vision was to devise an ‘integrated design team’ based around three core competencies: human interface design, ID, and colour. With this as its base, the design team would become the critical link in the chain between Sony Ericsson’s Product Business Unit at one end (consisting of R&D and Engineering, the planning team and the software team) and its Sales and Marketing Unit at the other end.

For the first six months or so, Nakaizumi says that he and his designers went to work applying the graphic elements and experimenting with the colour-schemes for products that had been pre-developed at Ericsson, phones like the T68i and the P800 – the all-singing, all-dancing Ã¼ber-phone packed with personal organiser, high-quality digital camera and bluetooth connectivity. These products went on sale last year, respectively in April and December, marking the arrival of a serious new player.

But the real departure point for the designers was the design of the T100 phone, which went on sale in the first quarter of this year. For this and for subsequent designs, Nakaizumi says his team was truly starting from first principles, and making a point to address the visual iconography of the phone interfaces, as well as the 3D design of the product.

These were much-needed steps, by all accounts, and the results are impressive. The finished handsets and internal interfaces are rich, sophisticated when they need to be, but fun, not stuffy. And they ooze technology in a stylish but not geeky way.

The latest product in the new range is the T610, an original squarish design that stands out among the curves of its rivals, and which does use colour very strikingly. It will be in the shops later this month. By the end of the year we will also see the Z1010 designed by Jeanna KimbrÃ© in Lund, which Sony Ericsson hopes will raise the design stakes again.

For his part, Grinyer is impressed by the improvement in design evident in Sony Ericsson’s product, compared to the pre-joint venture days. ‘They are beautifully contemporary pieces of design, which quite clearly define the next generation of excellence,’ says Grinyer. He thinks the products also embrace fashion in a way the older Ericsson ranges never did.

Nakaizumi’s team does seem to have injected a level of design sophistication into its handsets that is in line with customer demand, though time will now tell whether Sony Ericsson products walk off the shelves. From Sony Ericsson’s point of view, Nokia is still the mountain to conquer. But the market is hotting up.

So much has been invested by so many players that the lines are blurring between the makers, the sellers and the service providers of our mobile phones. Then there are new players like Microsoft, which has begun to offer an alternative platform. Everyone wants in on the action. One thing is for certain: it’s as cut-throat as ever in the world of man and machine.

Ownership:Owned equally by Sony and Ericsson