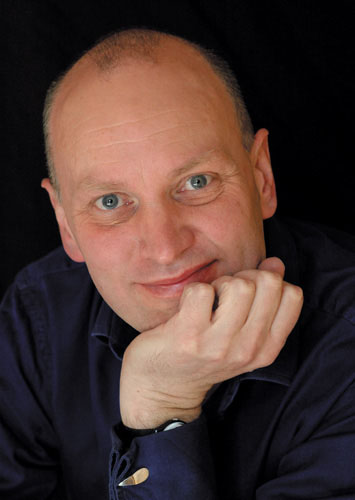 How come everyone’s suddenly cycling in Berlin? And what would it take to make London as amenable? Hugh Pearman on the art of zero-emission travel

There have been three great bicycle songs. First: the Edwardian Daisy, Daisy, as sung by the dying HAL 9000 computer in Kubrick’s 2001: A Space Odyssey, and later revived by Blur; second, the archly naive Bike by Syd Barrett’s Pink Floyd, which is remarkably similar in sentiment, could well have been addressed to an acid-tripping hippy Daisy, but could only have come out of Cambridge; and third, Hawkwind’s Silver Machine. This may have been space-rock, the machine in question may have flown sideways through time, but, once again, it was about a bike.

I found myself humming snatches of all three in Berlin the other day. I go to Berlin at intervals to see how the urban healing is getting on – how much scar tissue is still visible along the line of the Wall and elsewhere. But it’s been a while since my last visit and the most visible change is social. Blimey – half the population is on bikes!

This really was a surprise. Some places you associate with bikes, usually the flat ones. In Amsterdam you quickly learn bike-awareness – which means looking, rather than listening, before stepping out. Paris now has its much-admired automated bike-rental system, and – this being France – the bikes you hire are very stylish, with a 1950s-moped look to them. Beijing, obviously. But Berlin was never a place I used to think of as awash with the things.

Yet there they all were, about their business, all walks of life, a classless two-wheeled society. Berlin’s broad roads and pavements have adapted well to bicycle lanes and it’s all done very subtly, without lashings of road paint, horribly coloured surfaces and intrusive signs everywhere. In a lot of cases you have something that just doesn’t seem to work in London – ‘shared surfaces’ in the jargon of the business. In London, shared surfaces lead to angry confrontations – or amusing ones, as when I encountered Boris Johnson trying to cycle along the Thames riverside through great throngs of baffled tourists. He was entitled to do so, I think, but it was a lost cause. London’s not designed for that kind of interaction.

It should be, because those three songs are all celebrations of freedom and independence. In the early days, bikes were a powerful force for social change. Poor people could get about as never before. Rich people joined them because it was fun. In late Victorian and Edwardian Britain, cycling was an extraordinary phenomenon, wide-ranging in its effects. Female emancipation was accelerated by the changes in clothing and attitudes generated by the bicycle craze. As was the rise of trade unionism and the erosion of the class system. Unhindered mass movement – that was in itself a revolution.

Berlin suggests that it is a revolution that could happen again. I’ll admit now that I’m a London cyclist, but not a fundamentalist one. I don’t possess Lycra. I tend to stop at traffic lights. I don’t ride on pavements. I have a large ding-dong Chinese bell, and I ring it. I’m annoyed by the thoughtlessness of about 10 per cent of my fellow cyclists – the ones who ride dangerously.

But one thing is very clear: London needs to take a long, hard look at Berlin. That’s one expenses-paid trip I’m happy for Boris to take. Who would have thought that this German explosion of zero-emission travel would be one of the products of the collapse of communism? Truly, the bicycle is the most influential piece of product design ever.

Patchwork to relaunch its range

Middle East is a land of opportunity for aviation design