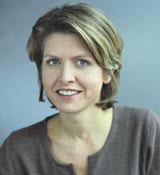 Channel 4 is ready to begin work on channel branding for its next TV channel, More 4, and is likely to bring in an outside screen design specialist to work alongside its in-house team.

Polly Cochrane, director of network marketing for Channel 4, says that 4creative – which designed idents like Pylons, Diner and Cornfield for Channel 4’s January rebrand with Rudd Studio (DW 9 December 2004) – will probably be seeking external input once again for the launch of its factual channel this October,

Cochrane has just appointed ad agency DDB to work on More 4, and with the agency in place the appointment of designers by Brett Foraker, creative director of 4creative, is now imminent.

‘Brett will be leading the development of the identity for More 4 and he has permission to work with who he wants to, but he is less likely to work with a big organisation like a Lambie-Nairn,’ says Cochrane.

‘In terms of the channel identity, Brett will be spending the next month to six weeks deciding where he wants to go,’ she adds.

According to Cochrane, a distinctive look and feel for More 4 will give the broadcaster more diversity.

‘Unlike the BBC we like our channels to have strong identities of their own, but More 4 will probably have a slightly closer link to Channel 4 than E4 or Film Four. It’s likely to be less production-heavy [than the C4 idents],’ she says.

No7 makeover includes the team at Enterprise IG