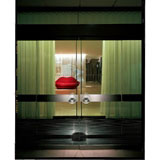 Morgans Hotel Group, the boutique hotel venture founded by Ian Schrager, is poised to undertake a raft of design-led projects under the direction of newly appointed vice-president of design Mari Balestrazzi.

The move comes as the group seeks to reassert its design credentials without Schrager at the helm, according to a spokeswoman for Morgans Hotel Group.

US-born Balestrazzi joins Morgans Hotel Group’s New York headquarters from Aero Studios where she was director. Schrager stepped down as chief executive of the company last June but continues to sit on the board, with a remaining minority stake in the company.

The company’s flagship hotel, Morgans, in New York, will be redesigned by Andreé Putman. Work begins on-site in January and the hotel is expected to reopen in spring 2007. Interior designer Tim Andreas is also giving the Starck-designed Delano hotel, in Miami, a new look and is redesigning the guestrooms. The remainder of the hotel may be looked at following the completion of the project.

The Sanderson in London (pictured) is also being revamped. Interior designer India Mahdavi is redesigning its main restaurant and courtyard. The project is expected to be completed in February. ‘This will feature a more comfortable and laid back area with large shared tables,’ says the spokeswoman.

St Martins Lane hotel in London is also being redeveloped to include a nightclub, Bungalow 8, also being designed by Mahdavi. The company snapped up the lease for the adjoining site last year (DW 13 October 2005).

The club is being launched in partnership with US nightclub entrepreneur Amy Sacco and Morgans Hotel Group’s director of nightlife and entertainment Ben Pundole. Additionally, the group is working with Benjamin Noriega-Ortiz to redesign the Mondrian hotel in Scottsdale, Arizona. This is due to reopen next year. The company is also looking to open ventures in Miami Beach, Florida and Las Vegas, Nevada.