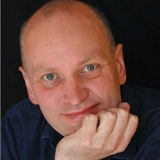 Some food packaging is so iconic that it deserves to be in a museum. Hugh Pearman pays due respect to the oldest and most enduring domestic brands

Once upon a time I bought a rather nice glass cabinet, Minimalist mode, with cute, frameless doors, which I carefully mounted on my kitchen wall. I stood back and admired its sparkling, hard-edged perfection. Then I began to worry about what to put in it.

What I eventually chose caused a certain amount of dissent in the household. I had ceased to regard this thing as a cupboard. Seduced by all that glass, I saw it as a display case – so what went into it should be worthy of display. And there wasn’t much in my kitchen that fitted the bill. Old stained mugs? Split packets of cereal? Tins of cat food? I didn’t think so.

So I went to the supermarket and filled a basket with lovely things – things chosen for their time-proven, graphic excellence as packaging. These I put in my cabinet, carefully spaced as if in a museum. They included a bottle of Lea and Perrin’s Worcestershire sauce; a large jar of Marmite; a drum of Bird’s custard powder; a bottle of Heinz tomato ketchup; and a tin of Lyle’s Golden Syrup.

There were other things. Possibly a box of Oxo cubes, certainly a Jif plastic lemon. I remember being disappointed to find that Typhoo tea, once properly imperial in its packaging, had gone all modern. But that was all right, because I could still get Camp coffee essence.

Then things became more complex. Euthymol toothpaste? Not a foodstuff, so it would be out of place in a kitchen. Heinz baked beans? Couldn’t have that as well as the ketchup. One or two soap powders suggested themselves, but the packets were too large. I could have chosen a Coca-Cola bottle, but didn’t – somehow this display had to have a British connection. Today I would add a packet of Tunnock’s caramel wafers, properly foil-wrapped, as such things should be. I still mourn the passing of the Kit Kat’s foil and paper band – crimped plastic has none of the necessary ceremonial quality.

All this came flooding back when I learned, recently, that Abram Lyle’s wonderfully Victorian-enamelled can is officially the oldest brand in Britain, according to the Guinness Book of Records. It has remained substantially unaltered since 1885, since before Mr Lyle joined forces with Mr Tate, his rival in the world of sugary substances. We would not think, today, to put a biblical quotation on food packaging (‘Out of the strong came forth sweetness’) along with a drawing of bees buzzing around a dead lion. As logos go, that’s just plain weird. But then, nobody would invent dangerous things like matches these days, either.

Matches? England’s Glory and Scottish Bluebell – two more products for my cabinet. Such things continue to exist only because people are used to them, and nobody ever thought it was worthwhile to change the packaging.

Of course, my personal museum of food brands did not endure. The cabinet got cleared out for more practical uses. Still, I’d like to know just how many people in the UK can’t bear to throw those Golden Syrup cans away, and what they do with them once they have run out of pencils and pens to put in them.

What I find interesting is that when these brands were devised, they were exploiting new technology. The Victorians were the first to mass produce and package stuff you can eat, and which keeps. Prior to that, you had to get the contents loose out of sacks and barrels.

On that basis, Lyle’s Golden Syrup – itself the result of then new technology in refining – is not just Britain’s oldest food brand, it’s also one of the very first. Respect is due.

A tale of two city guides