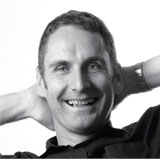 In the same week that Richard Branson called for Greener air-flight fuels, Seymour Powell revealed its interior designs for Branson’s space rocket, Virgin Galactic. Is such an extravagant brand a step too far?

Whatever one’s earthly experience of the Virgin brand, you have to admire the chutzpah of launching (wealthy) mortals into sub-orbit. This is the stuff of dreams – especially in a world suffering a growing negativity towards technology and travel. In the same week that Neil Armstrong’s quote was correctly credited as, ‘That’s one small step for (a) man,’ SpaceShipTwo could prove to be ‘one giant leap for joy rides’. Can someone lend me a hundred grand?

With oil currently sitting at more than $60 (£32) a barrel, it is clear that for Virgin transportation businesses, finding a replacement for fossil fuels is as much about long-term business planning as saving the planet. In a world where bored billionaires can buy practically any experience they wish – from climbing Mount Everest, to trips into space – Virgin Galactic is just another manifestation of the experience economy gone too far. $190 000 (£101 290) for seven minutes of weightlessness – who cares?

We’ve waited a long time for the next experiential vacation. After the initial excitement of Sputnik and Apollo 11, the ‘final frontier’ has amounted to little so far. Didn’t we all expect to be flitting around in hover cars wearing Logan’s Run-style clothing by now? Space vacationing will remain the exclusive domain of the mega-rich until there’s a craft that can shoot hundreds of holidaying astronauts into orbit. Well done to Virgin Galactic for making a start, but I guess I’ll just have to wait for EasyRockets like everyone else. 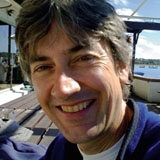 No. The Virgin brand embodies the spirit of adventure and entertainment, with Virgin Galactic at the extreme end. You’re never going to stop people searching for the next thrill. Richard Branson’s calls for Greener air flight fuels is an intelligent response and is consistent with the entrepreneurial value of the brand. People who want to go into space and be Green at the same time should do something to offset the carbon emissions they create by going into space. It’s about progress and balance.