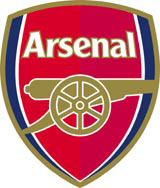 As an avid Arsenal fan and season-ticket holder for the past 20 years, I was interested in your critique of the new club badge designed by 20/20 (Feature, DW 29 August).

The fans’ opinion is that it was yet further opportunity to relieve them of their money by implementing this new badge across the entire range of merchandise, thus at a stroke creating a new market for further profiteering. No kid wants to be seen in an old kit.

The real reason for changing the badge wasn’t progress, but because the old one could not be copyrighted and the club wanted to ensure it could improve its margins.

There was no opportunity for 20 000 season ticket-holders to vote on this change, as other clubs have done on such drastic measures. And the end result is the kids’ cartoon badge that has ignored any heritage or classic values associated with Arsenal.

I’m all for progress, but the shoddy way this was pushed through should be raised. I was present when this crest was paraded round the ground and it was loudly booed, leaving the club officials embarrassed as they realised the PR own goal with their supporters.

It’s a poor design, doesn’t reflect the audience and fan base, and the method of introduction was diabolical. I presume some focus groups were held and some opinion canvassed – there’s an invitation for 20/20 to explain to the supporters how it achieved the end result and what process it went through.

Bean there and done that