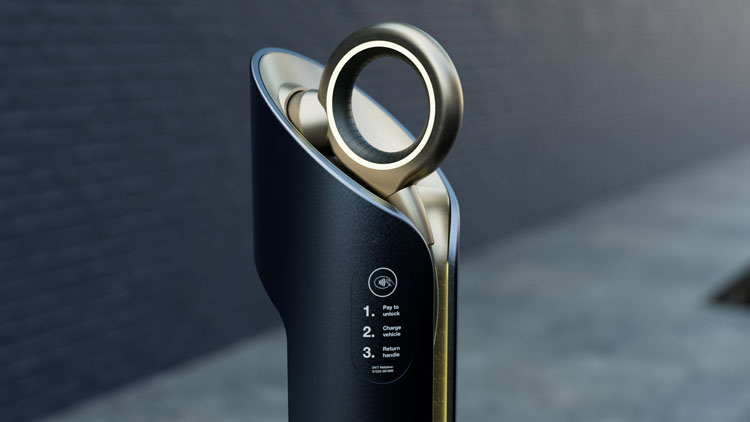 Among the announcements at November’s COP26 was a prototype for an electric vehicle (EV) chargepoint, designed by PA Consulting. The work was commissioned from a Department for Transport brief worth £200,000 which sought to create “a piece of iconic British street furniture”. PA Consulting’s prototype comprised a standpoint and a circular handle, which designer Dan Toon called “simple and modern in appearance”. Toon cited many challenges: the range of chargepoints already installed, for example, as well as the need to create something recognisable but wouldn’t be an eyesore. 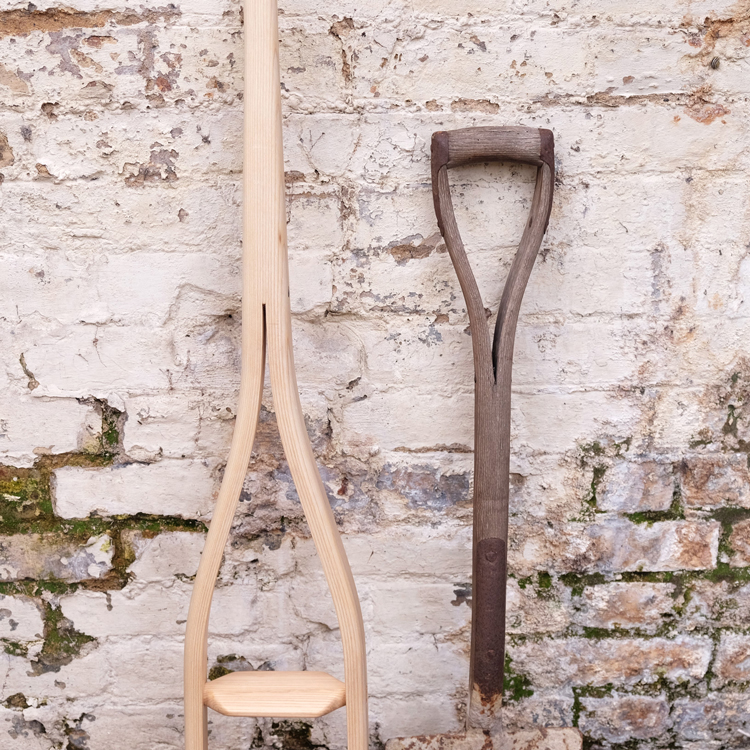 A ladder with one step won the first ever Designer of the Future award, which was set up following the death of Terence Conran in 2020. Cameron Rowley’s One Step Ladder was designed to help people around the house whenever they needed a stool or ladder, while remaining  unobtrusive thanks to its smaller size. Inspired by the form of gardening tools and canoe paddles, the object beat 97 other entries to scoop the prize. Rowley won £40,000, which he plans to use to develop the product, set to be sold exclusively at the Conran Shop. 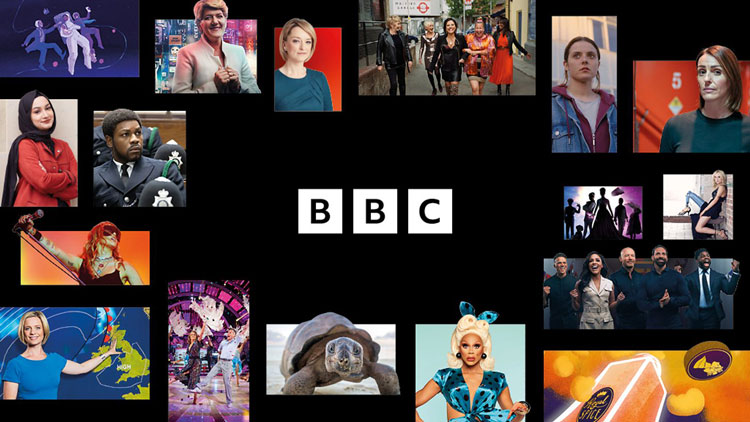 In October, the BBC revealed a slew of new logos in an attempt to move past an “old fashioned and out of date” visual identity. The new look, which rolled out across BBC services such as iPlayer and BBC Sounds, was the result of a collaboration between BBC’s in-house teams and Wolff Olins. The update was also an attempt to improve navigation between those services, according to BBC chief customer officer Kerris Bright. “How the BBC provides its services has changed dramatically in the last 20 years,” she explained. The different icons were underpinned by a system of blocks, which change colours and formations depending on the specific service.

London-based design studio Our Design Agency (ODA) rebranded dementia product company Relish, previously known as Active Minds. The new look aimed to engage with the emotions of people living with dementia, rolling out over Relish’s products, which include activity boxes and paint sets. As well as aiming to provide the company with a stylish look, it also sought to help with international expansion. While there are 850,000 people with dementia in the UK, there are an estimated 54 million worldwide. ODA strategist Sarah Westwood said of the project, “Why shouldn’t a range of products primarily for people with dementia not look stylish?” 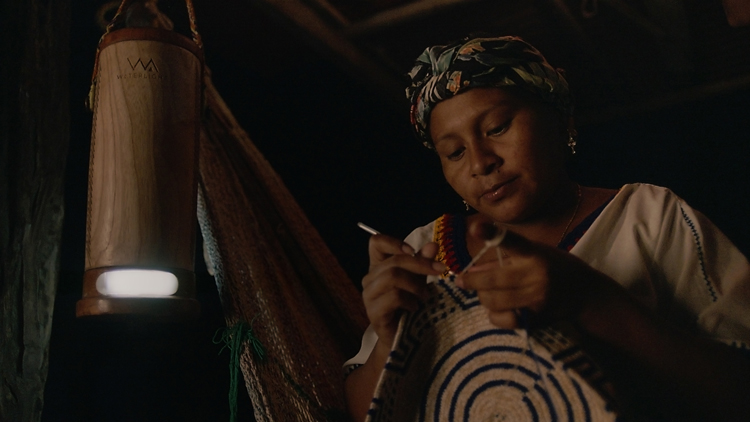 Over the past few years, we’ve seen how indigenous practices can impact the design world, and WaterLight was another clear example. Developed by Colombian start-up E-Dina and Wunderman Thompson, the portable light can turn half a litre of salt water into 45 days of light. It was inspired by traditional practices of the Wayuu, an indigenous community at the La Guajira peninusula on the Colombia-Venezuela border. There’s limited access to electricity in this region, and it’s hoped that the light – which is powered through ionisation – could help communities to fish at night, for example. 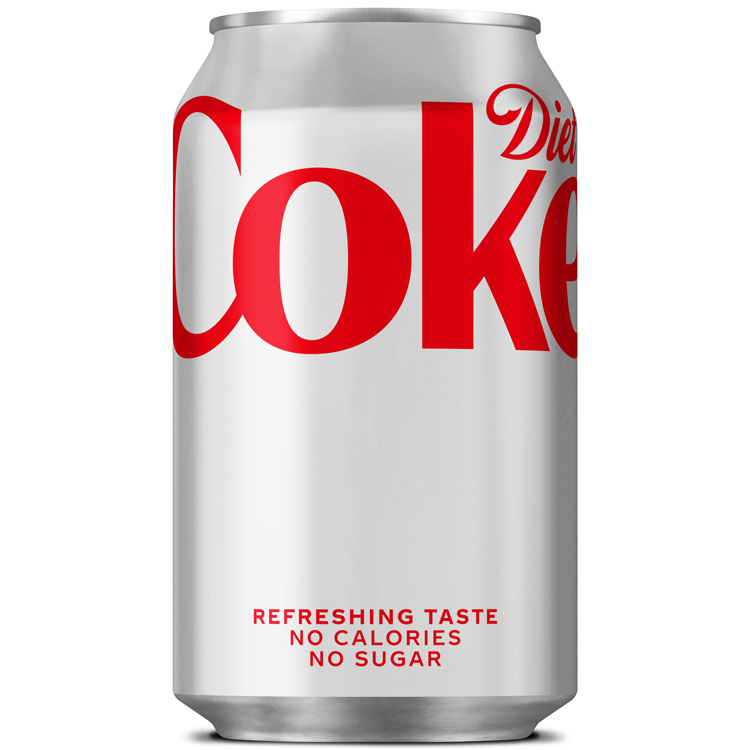 Coca-Cola’s simplified packaging redesign was its first global update since 2016. A collaboration between the soft drink’s in-house design team and Kenyon Weston, the new system has been applied to Coca-Cola, Coca-Cola Zero Sugar and Diet Coke brands. “The intent is to provide a simple and intuitive navigation system that carries across all Coca-Cola variants, while simultaneously celebrating the Coca-Cola logo,” the company said. The starting point was the drink’s “universally-recognised” red, while previous elements – such as the red disc and wave line – were axed. The empty space on cans served as a “visual metaphor”, while shifting the wordmark higher showcased the drink’s “uplifting” potential, the company added. 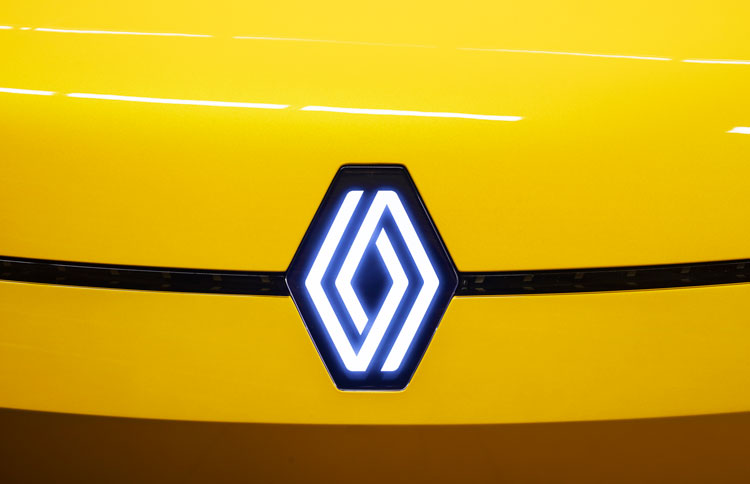 In March, Renault became the latest marque to reveal a rebrand – once more with a flat logo. The brand’s diamond logo had not been changed significantly since 1992, and the updated geometric version hoped to bring the brand into the modern day. It can be animated for digital applications and lit up on vehicle grilles. According to Renault’s design director Gilles Vidal, the mark’s ‘Renaultution’ was inspired by logos from the 1940s, 50s and 70s, and “embodies the ‘New Wave’ era that Renault has entered”.

Pfizer rebrands to mark a “new era” of science and research

After revealing a Covid vaccine in 2020, Pfizer made the news early in 2021 with a rebrand, developed by New York- based studio team and Landor & Fitch. The new logo was inspired by the double helix structure of DNA, which hoped to mark a “shift from commerce to science”, according to the 171-year-old pharmaceutical company. “We’ve unlocked the pill form to reveal the core of what we do: a double helix, spiralling upward,” it added.

This year’s Lexus Design Award went to Henry Glogau, who designed a portable solar distiller which sought to provide people around the world with clean drinking water. It could either be pre-fabricated or made from local materials, Glogau explained, and also provide shade in sunny regions. Following his win, the designer plans to refine the project and hopefully scale it. 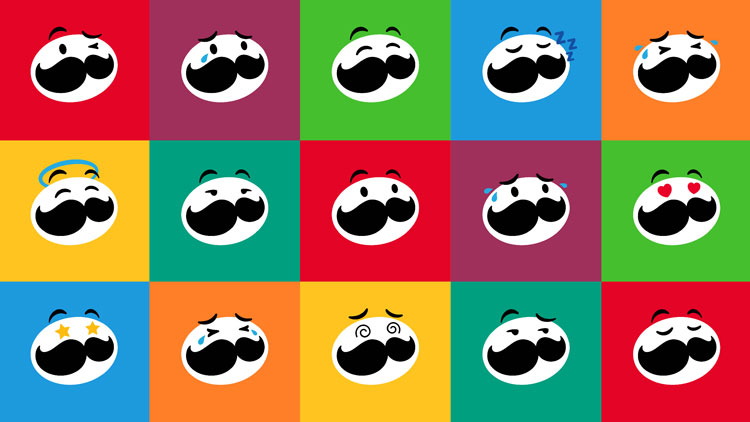 One of our most popular rebrand stories of the year was Jones Knowles Ritchie’s for Pringles UK, giving the crisp company’s mascot Mr. P his “boldest look yet”: a haircut and pair of eyebrows. His bowtie remained, and the Pringles wordmark now appears inside the oversized accessory. The new flat design could be seen across applications, showcasing a variety of emotions. Mr. P appeared confused, in love, sad and sleepy. Later in the year, we wrote about the power of brand mascots.