SomeOne has designed the visual identity for the Devonshire Quarter, a cultural and sporting development in Eastbourne, East Sussex.

The development is an upgrade of what was formerly known as the Devonshire Park complex, which comprises several theatres, as well as tennis and sporting facilities. Various tennis tournaments are hosted here throughout the year, including the Aegon International.

The new development will include a new conference space, restaurant and café facilities, improved tennis facilities and public spaces, as well as restoring three listed buildings within the complex.

SomeOne was commissioned to create the brand strategy, identity and come up with a new name for the development, with the aim of positioning it as “cultural and tennis destination”, says the consultancy.

Its new name – Devonshire Quarter – looks to better describe what the development is and does. “The Quarter is where sport, art, theatre and people meet,” says SomeOne founder and executive strategic creative director, Simon Manchipp. “It’s not a park you meander through, it’s a series of interlinked venues. Describing it as a quarter was a natural progression.”

Lead designer at SomeOne, Vyara Zlatilova, has designed a series of multicoloured illustrations based on digitally scanned images of the buildings and original architectural drawings, which look to reflect the the multiple functions of the quarter.

“This overlap between each venue is visually depicted by placing one of the architectonic illustrations over another – creating a third space – the Devonshire Quarter,” says SomeOne design director, Lee Davies.

The multicoloured palette is based on SomeOne’s “colour audit” around Eastbourne, during which the team documented the colours seen in and around the local architecture. These colours were then softened slightly to reflect the fact that the area has high levels of sunshine.

The consultancy has also designed a bespoke wordmark for the logo, based on the “D” and “Q” in Devonshire Quarter, which will be used across all communications and signage once the development is complete. 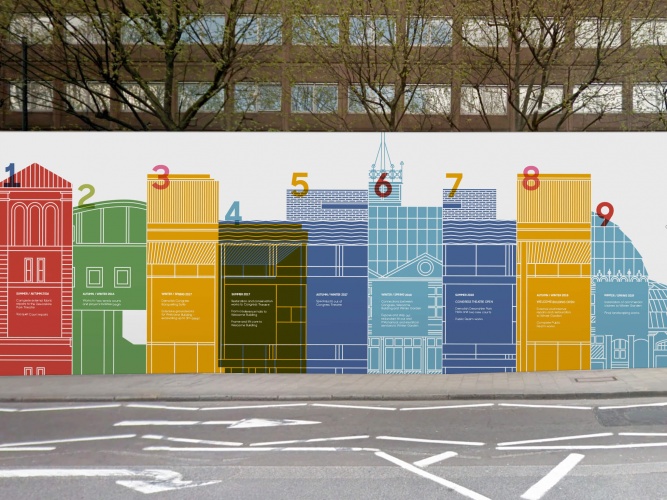 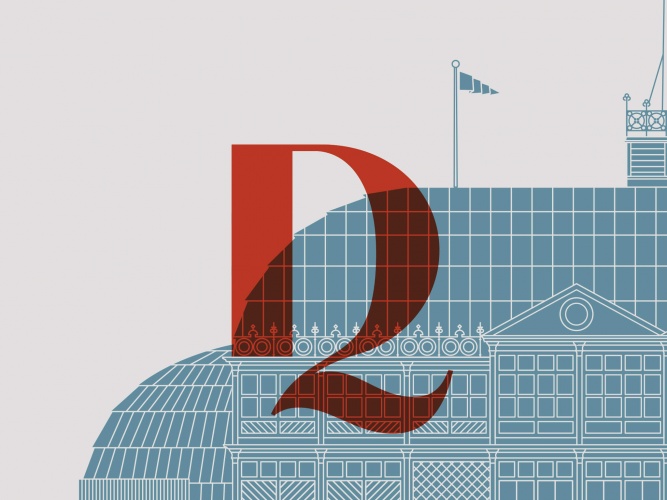 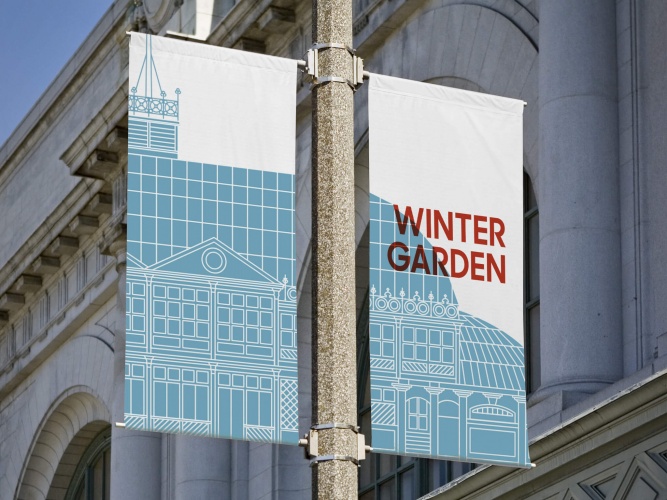 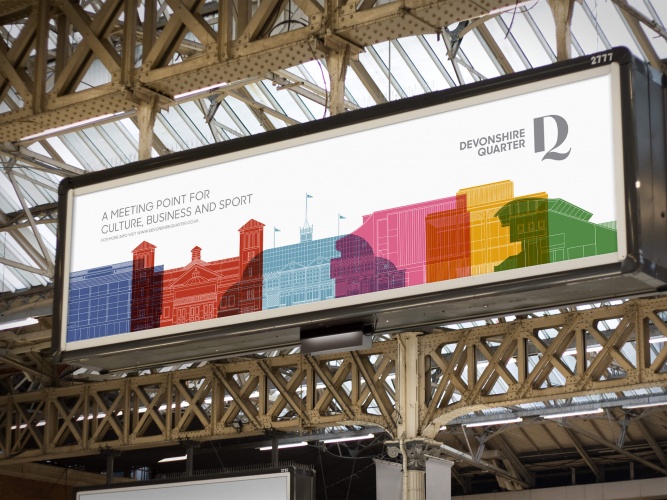 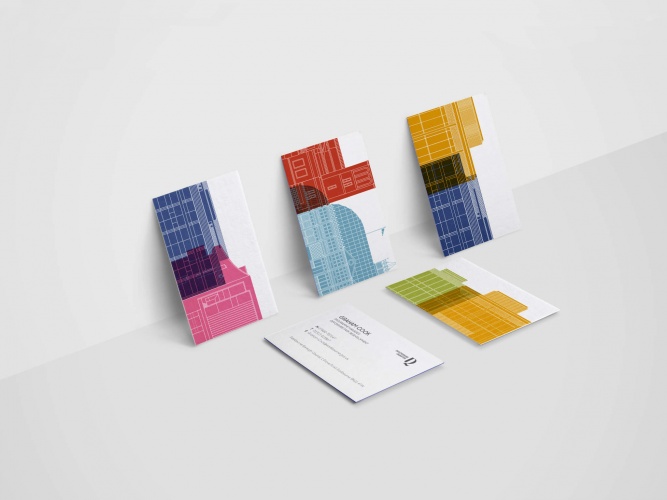 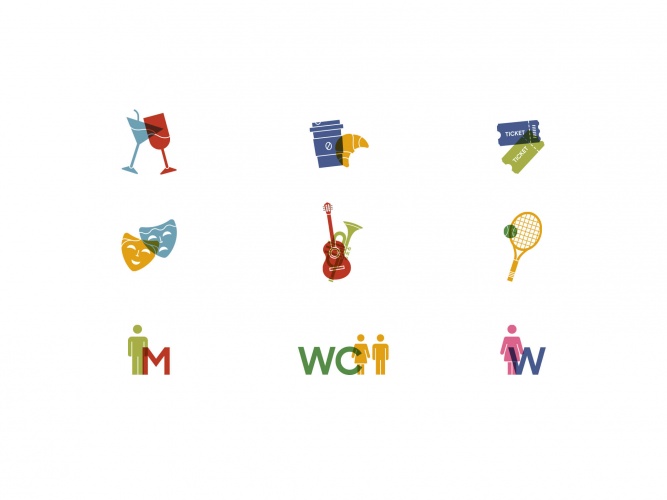 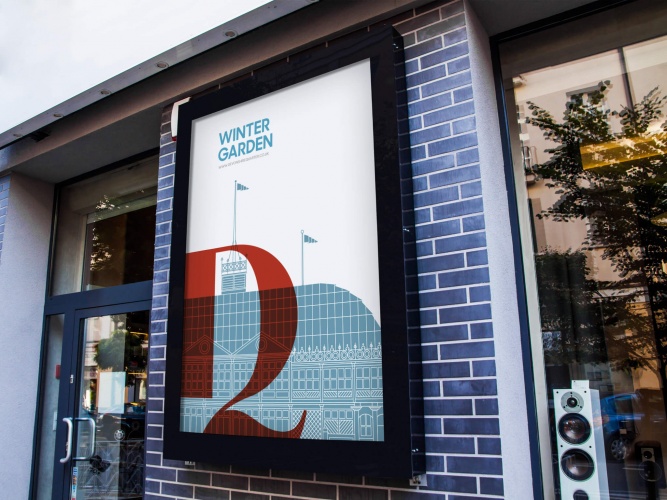 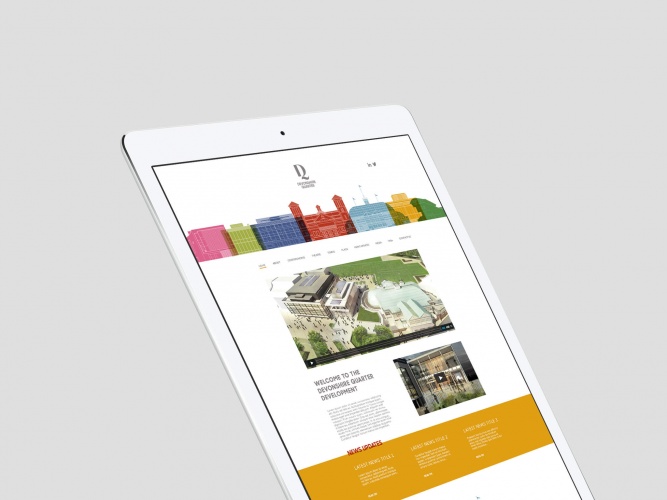