The BBC has overhauled its News app with a design, which it says allows users to receive personally selected and recommended content.

It is understood to have been designed in-house and uses an algorithm to combine top stories and most read stories with the targeted content, chosen from a range of more than 50,000 subjects, according to the BBC.

A My News section allows readers to tailor content and the app gathers further information when users “follow” topics within an article, via a list of suggested topics based on what they’ve read, or via a search box. Users can list subjects either by topic or chronologically.

More than half of BBC News consumed on mobile

It is optimised for Android Wearables and the Apple Watch and has been re-designed in response to its increasing popularity according to the BBC, which launched the app in 2010 and says today more than 50% of BBC News users consume it on mobiles and tablets. This is up from 12% in 2012.

Richard Porter, digital and editorial director for BBC Global News says: “Smart and discerning audiences are increasingly demanding tailored news at the swipe of a screen, and our mission is to ensure they always have instant access to the stories that matter to them most.

“The launch of the new app is the latest development in a steady stream of innovative BBC News initiatives which have completely redefined the digital experience across apps, mobile, desktop and social.” 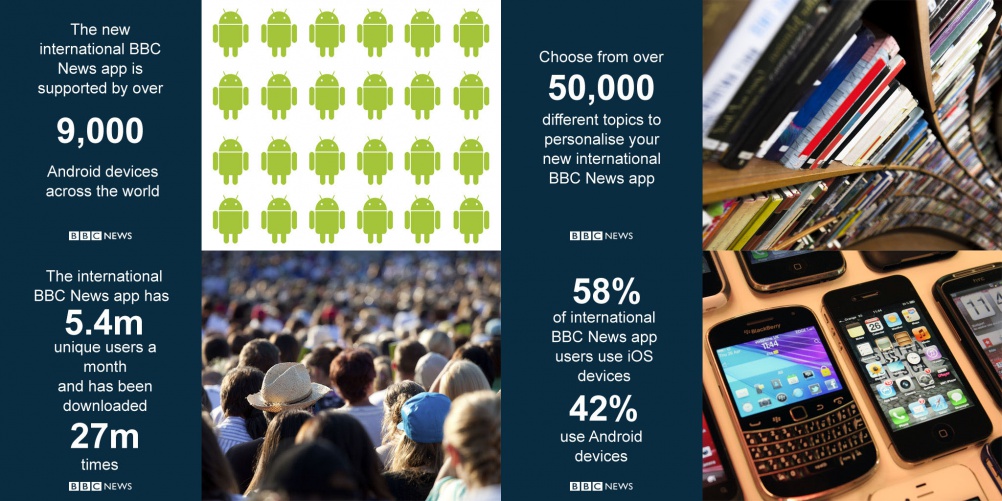 Mindset4Dementia takes people through three cognitive tasks with the aim of creating a significant dementia database and one day screen for the syndrome.