Replacement designs for the iconic InterCity 125 trains are currently being tested in preparation for entering serve in the UK from 2017.

The InterCity 125 is the fastest diesel-powered train in the world and has been a standard on British railways for nearly 40 years. It was designed by Sir Kenneth Grange and first entered service in 1976.

From 2017 it is planned that the InterCity 125 will be phased out on the Great Western Main Line and the East Coast Main Line and replaced by a new train design, developed by Hitachi Rail Europe and with interior design by DCA Design International.

Two models are being developed by Hitachi – the Class 800, which is an electric/diesel hybrid, and the Class 801 – which is electric only.

The designs are currently being tested on a closed rail track in Leicestershire, as they prepare to enter service.

The new trains will be capable of speeds of up to 125mph, similar to the InterCity 125. They can operate in various formations from five to ten carriages.

Interiors feature wood veneers and different palettes for each class

Internally, DCA Design International has created an interior design which features extensive use of wood veneers on the end walls of the carriage and across tables.

First class will be distinguishable from standard class through its darker palette of materials.

The design of the driver cabins has been honed following consultation with different driver groups in a series of workshops to establish layout.

Key priorities for the interior design were “safety, accessibility, capacity and passenger comfort”, according to Hitachi Rail Europe.

Hitachi Rail Europe says it is set to build a total of 866 carriages, which will form 122 trains. Of these carriages, 369 will go to the Great Western Main Line and 497 to the East Coast Main Line.

The new trains are set to enter service on the Great Western Main Line from 2017 and the East Coast Main Line a year after that.

A total of 12 pre-series trains are being built in Japan and shipped to the UK for testing. They will also be used to train on-board staff.

Hitachi Rail Europe says the trains going into service will be built at a new plant in County Durham, with production set to start next year.

• Flexible seating and lightweight designs – are these the trains of the future? 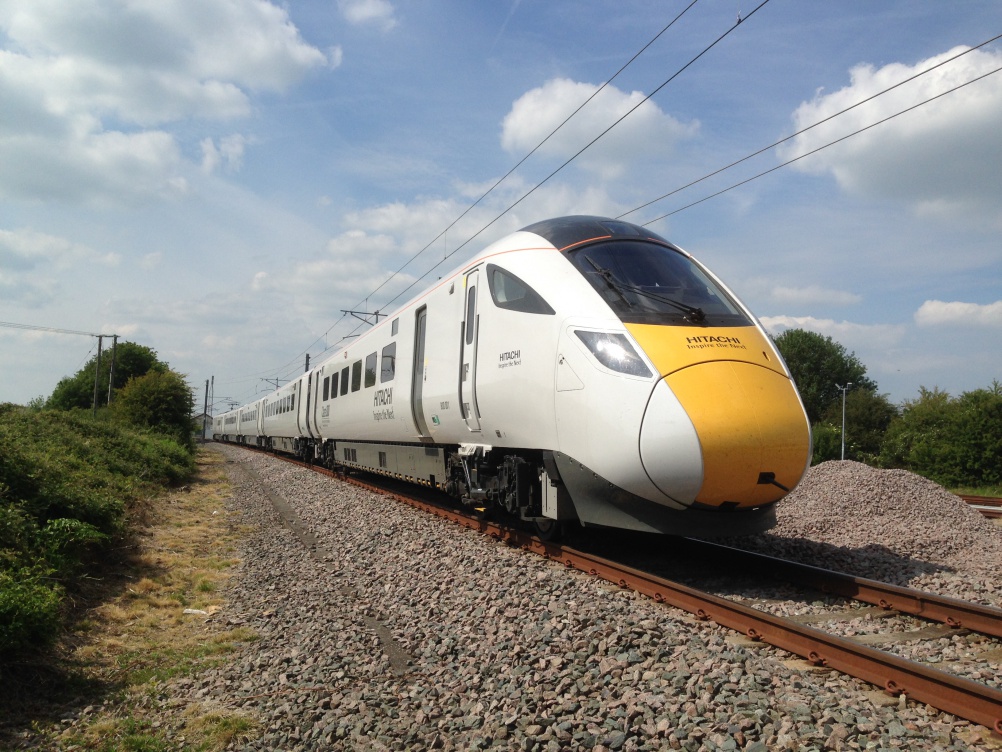 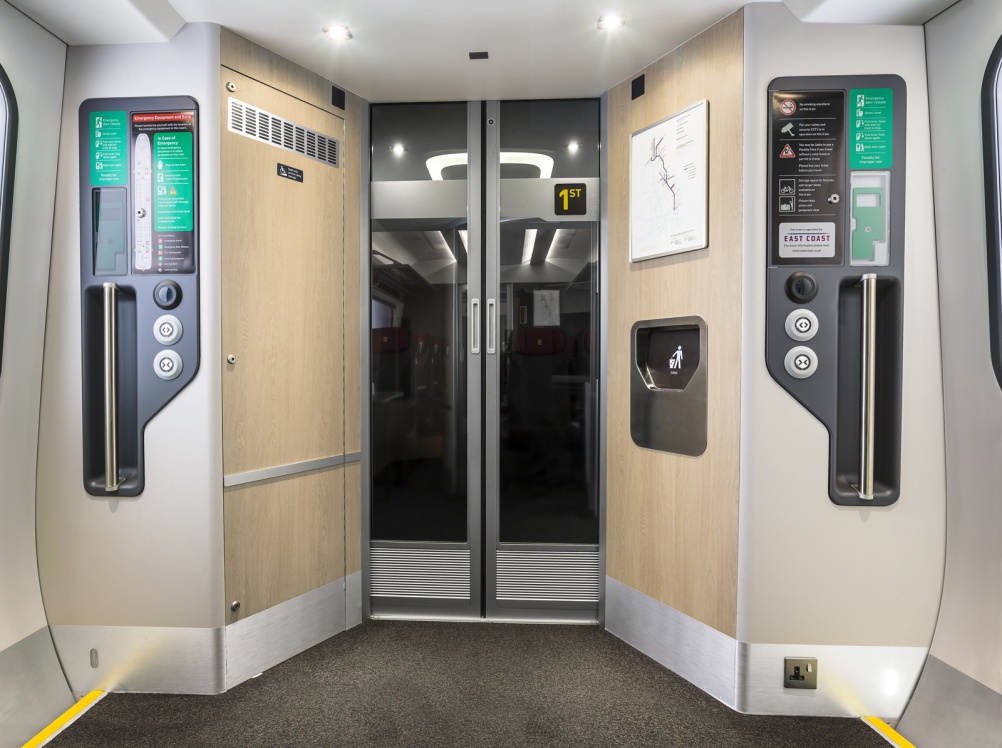 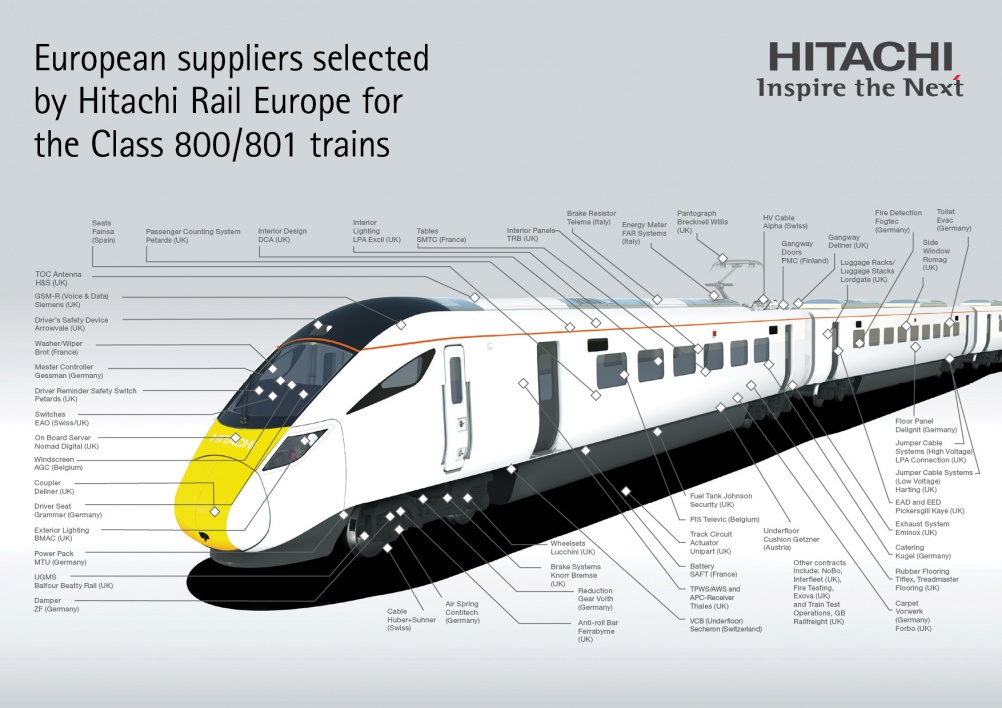 TfL turns to high-profile designers for concepts and testing