Following speculation that it might be killing off its iPod product range, Apple has unveiled a new model of the iPod touch – its first update since 2012.

The iPod classic range was quietly removed from Apple’s line-up last September – at the same time that the company announced the launch of its Apple Watch and the iPhone 6.

Unlike other products such as the iPhone and iPad, Apple no longer separates out revenue from the iPod, instead grouping it in “other products” in its financial reporting.

While the iPhone made $40.2 billion in revenue in the last quarter, “other products”, including the iPod, made just $1.6 billion. 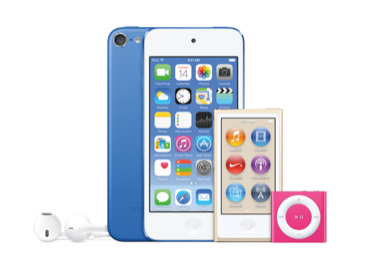 Apple has now unveiled the sixth generation of its iPod touch model, which first launched in 2007.

The new model features an 8-megapixel iSight camera, the Apple-designed A8 chip – which also features in the iPhone 6 – and fitness tracking with the M8 motion coprocessor. It runs the iOS 8 operating system.

The iPod touch also features Wi-Fi – which Apple says is three times faster than the previous model – which means people can use FaceTime calls and download games, films and TV shows.

The new Ipod touch is available in a range of colours, including space grey, silver, gold, pink and blue. Retail prices start at £159.