The Royal Academy of Music (RAM) has been rebranded by Johnson Banks in an attempt to move the conservatoire on from a “generic” identity and convey its future ambitions.

The London-based studio’s work includes a new logo, photography and video style, and updated tone of voice and strategy. 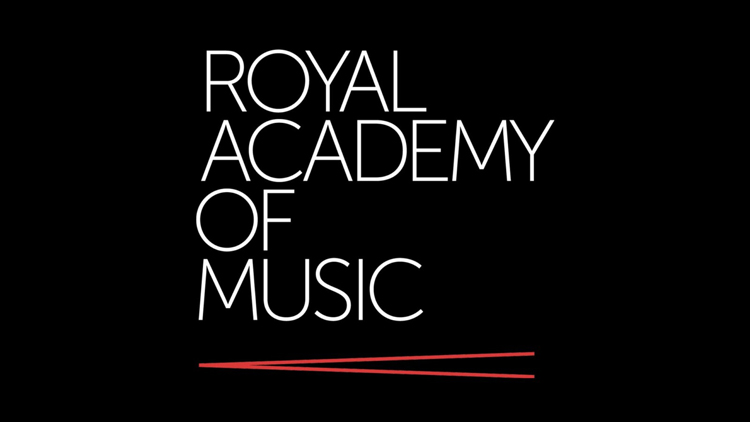 Studio co-founder Michael Johnson tells Design Week that the project took 18 months, with initial talks taking place in the autumn of 2018. There were a few considerations for the branding. Firstly, it needed to stand out from its competitors. Despite often placing in the top three music conservatoires in the world, RAM still appeared slightly “generic”.

It also needed to stand out from its key competitor, the Royal College of Music, which is also based in London. Another aim was to make the brand clearer to the outside world, to appeal to a global talent pool as well as to help the academy raise funds in the future. 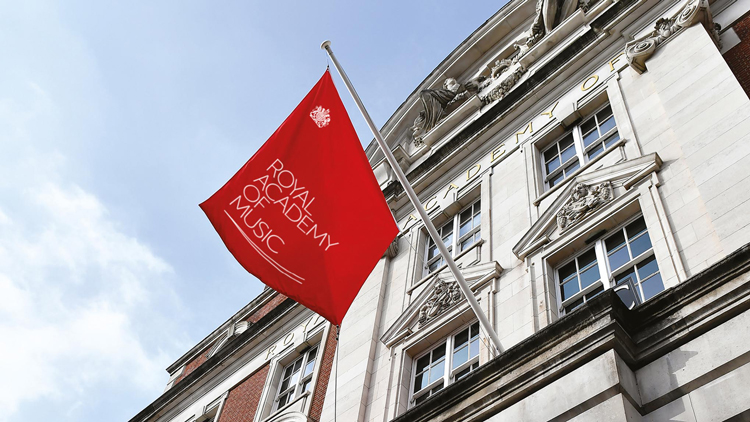 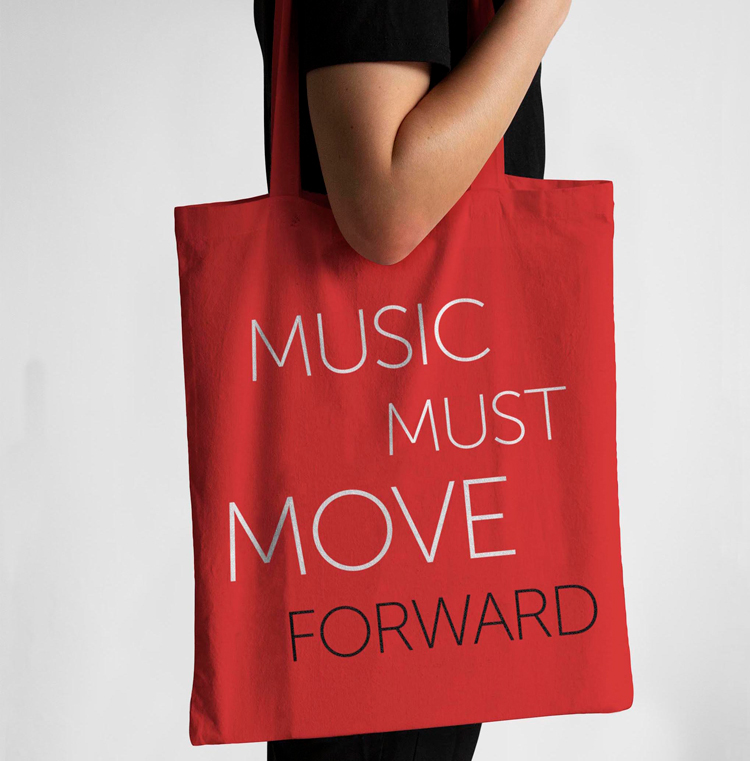 After a series of workshops, the studio developed a “future-facing brand narrative” based around the idea that: ‘Music must always move forward.’ This would incorporate the academy’s aim to be a place for new musicians to collaborate, as well as highlight the “risk-taking” elements of the institution.

This motto features in copy throughout the branding, and also inspired the wider visual identity. 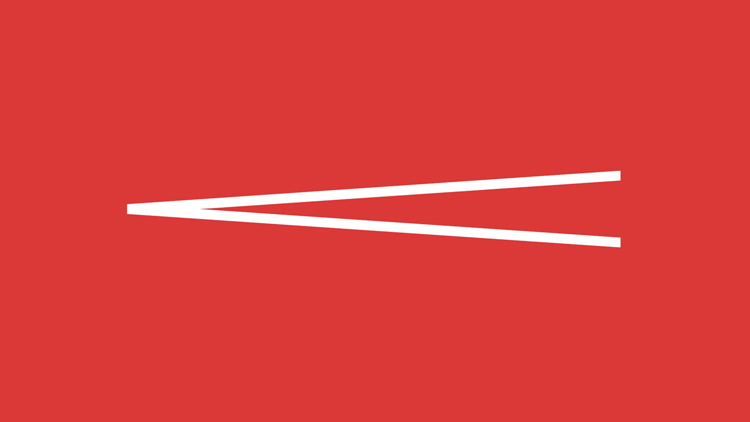 The identity stems from musical notation, something that the studio was resistant of at first as it can be a “bit of a cliché in the broader music sector”. However, it eventually decided to use the symbol for a crescendo as this demonstrated a “desire for a more powerful voice” and shows the push for “forward motion along a musical score, never back”. 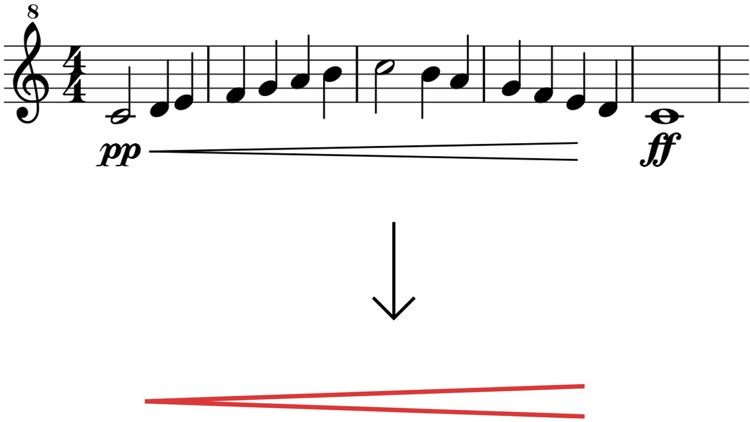 The crescendo symbol acts as an underscore for the new logo. More widely, it creates a “design toolkit” around which other visual elements such as copy and images can work. It appears on messaging, with the ‘Music must always move forward’ motto, for example.

Moving towards a “gritty” style 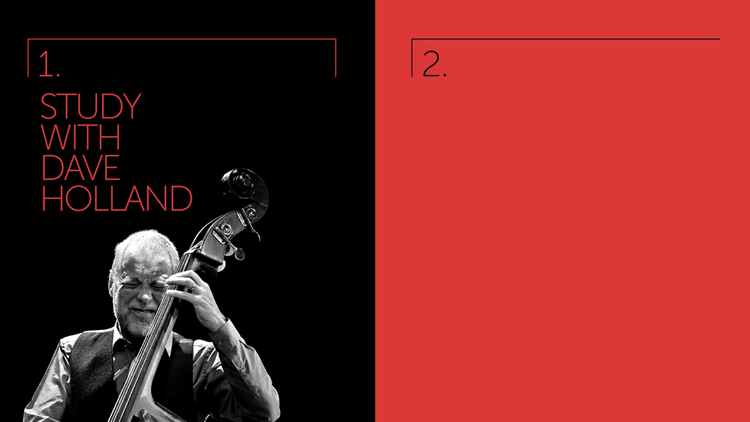 Musical notation has also been throughout the identity like in the above image, which Johnson says are his favourite parts of the design. Elsewhere, RAM’s existing typeface, Museo, has been retained, while the academy’s royal crest has been simplified and drawn by typographer Alan Levett. 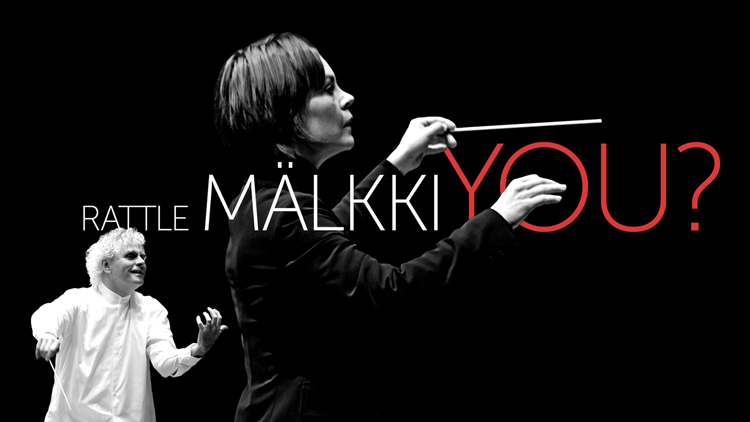 New guidelines for photography and film have been established, which have a “deliberate gritty” style. This “fly-on-the-wall” style is an attempt to contrast with the more “perfect” images used by other educational institutions. The more laid-back style also lends itself well to the animation stings, which show students practising in a relaxed manner.

A special logo variant has been adopted for the fundraising branch of the academy’s fundraising branch, Music’s Future. The studio hopes that this allows the two sectors to “neatly co-exist”. More “aspirational” language will be used for this part of the identity. Additional copyrighting has been created by Asbury & Asbury. 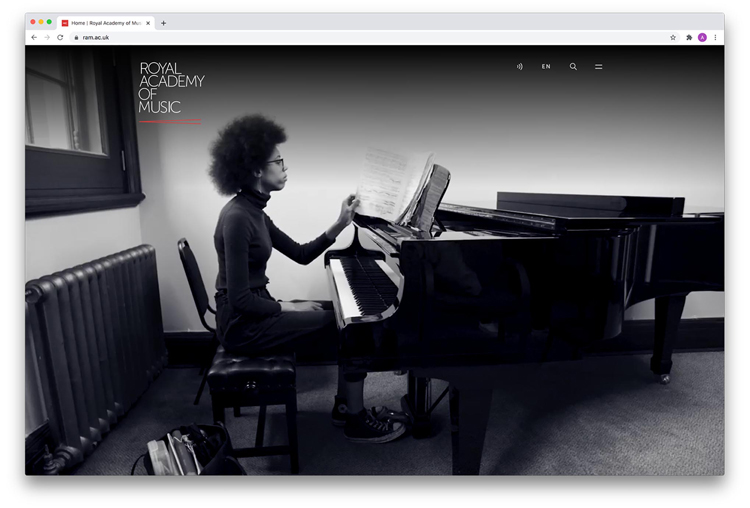 The identity rolls out across stationery and printed materials like diaries and the prospectus, as well on the new website, which has been created by Whitespace. 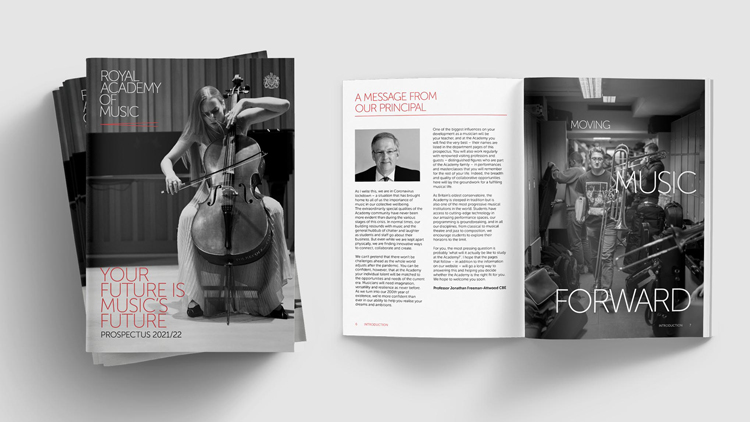