The interiors of the new Tate Modern and its digital elements have been unveiled, as the refurbished museum is set to open later this week.

New building Switch House will open and extend the museum beyond the Tate Modern’s existing building Boiler House, increasing the size of the museum by 60%.

It has been designed by architectural practice Herzog & de Meuron, which also created the Boiler House building in 2000.

The practice has worked with former practice Vogt landscape Architects to create two public squares around the site, and designer Jasper Morrison, who has provided furniture for the interior of the building.

The new 10-storey building is on the site of underground concrete oil storage tanks in an old power station, with the aim of using a “new kind of space for a new kind of museum”, says Tate Modern.

It is constructed of a “perforated lattice of bricks” which allows light to filter in to the building at daytime, and glow out of it in the evening.

Ascan Mergenthaler, senior partner at architect Herzog & De Meuron, says: “Our aim was to create an architecture that allows for flexibility, improvisation, adaptation and change.”

The basement floor – The Tanks – comprises the original tank site, and is dedicated to live art, while a bar and shop sits on the ground floor. There are three floors of galleries, two of learning spaces, a floor for staff, one for members, one for a restaurant and a panoramic viewing platform for the public on the tenth floor. A bridge across the fourth floor joins the Switch House to the existing Tate Modern building, the Boiler House.

The opening also sees the museum better integrate itself with digital technologies, including a new visitor way-finding app designed by consultancies Fabrique and Q42, which aims to “guide visitors on their journey around the museum” so they can “learn more about the art they encounter”, says Tate Modern.

The app also links up with iBeacons scattered around the building, which tell visitors where they are, where they can find particular artworks and help them create personalised, curated journeys through the museum.

“Immersive” explore spaces designed by visual effects studio Framestore have also been included in the space, allowing visitors to interact with the art. One space includes motion sensors which react to visitors’ movements to create bespoke content displays, while another recreates famous artists’ studio environments through projections, light and sound.

The new building is set to house a greater, “more diverse” selection of international art, says Tate director Nicholas Serota, with a bigger focus on female artists. It will also still contain classic modern art, such as that from Pablo Picasso, Mark Rothko and Henri Matisse.

Serota says he hopes the new Tate Modern will be able to tell a “story of modern art which is more international, more diverse and even more engaging”.

The new Tate Modern, which launches with a series of weekend interactive events, will open on 17 June. 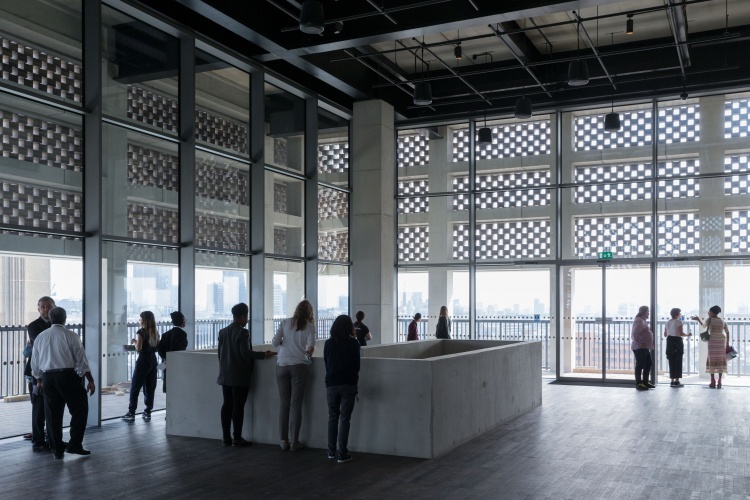 The Design Week Awards 2016 – the winners in full