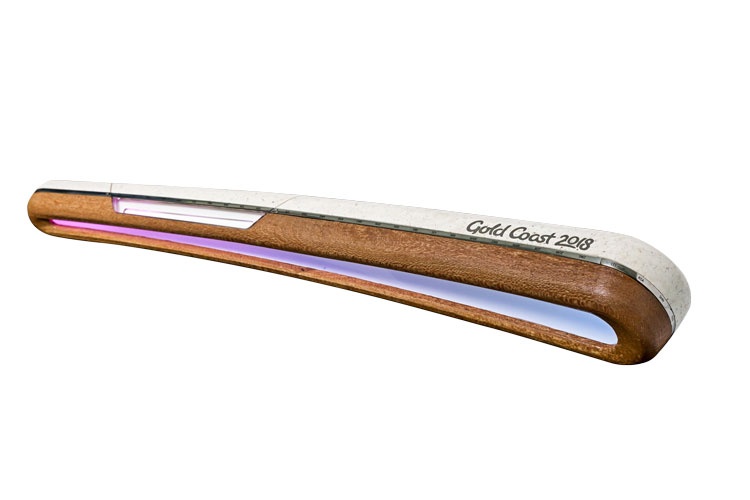 The Queen has started the countdown to the 2018 Gold Coast Commonwealth Games (GC2018) with the official launch of the baton relay at Buckingham Palace in London.

Conceived and created by Brisbane-based product design consultancy Designworks, the baton will travel from London to all 70 Commonwealth nations and territories, as well as visiting every state and territory of host nation Australia over 388 days, before the GC2018 opening ceremony in April 2018.

Designworks revealed the baton last November, with the design comprising a loop-shape made out of macadamia wood – which is native to the region – and reclaimed plastic sourced from Gold Coast waterways.

The consultancy – which also has an office in Windsor, UK and manufacturing facilities in Hong Kong and China – says it took inspiration from the games’ location on the Gold Coast and the area’s indigenous heritage.

Before developing an initial prototype Designworks’ design team spent time with local people, including life guards, individuals from the arts and culture community and business leaders.

The baton design centres around the concept of “boundless energy”, says Designworks founder Warren Schroder, with a visible stainless-steel structural element running down the centre of it as a nod to the structural element found in a surf board to keep it strong.

The three-digit numerical codes of all nations and territories of the Commonwealth are laser-engraved in the order that the baton will travel. And when the baton is passed from person to person, sensors within it also trigger it to change colour.

Other designs for the games included the GC2018 emblem designed by New South Wales-based brand consultancy WiteKite, which takes cues from the Gold Coast’s skyline and its location by the ocean.

The games’ mascot for 2018 is Borobi – an ocean-blue, surfing koala inspired by Brisbane school teacher Merrilyn Krohn’s original drawing, who was the winner of a national mascot design competition. 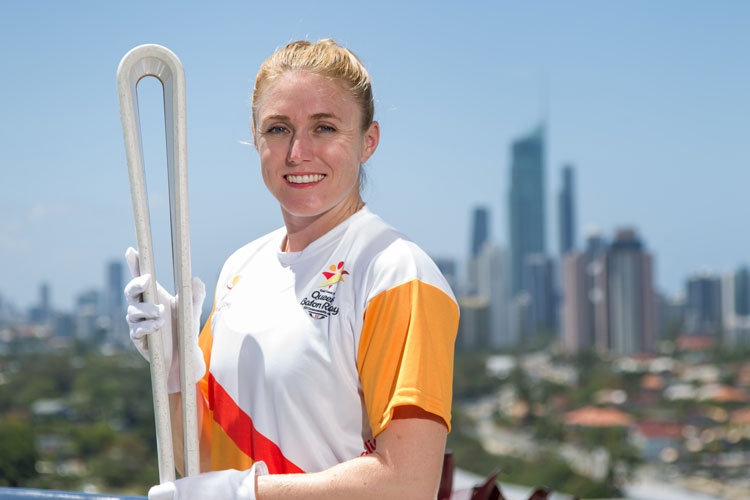 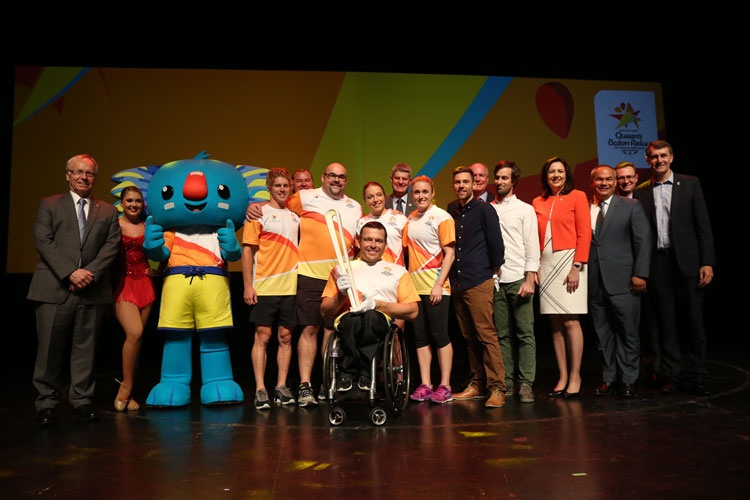 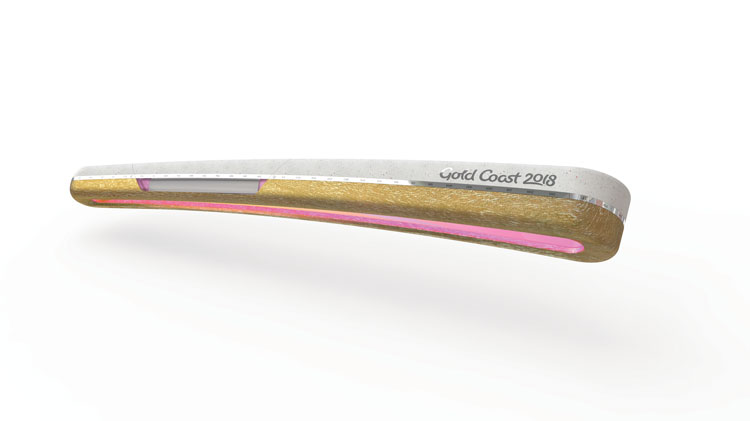 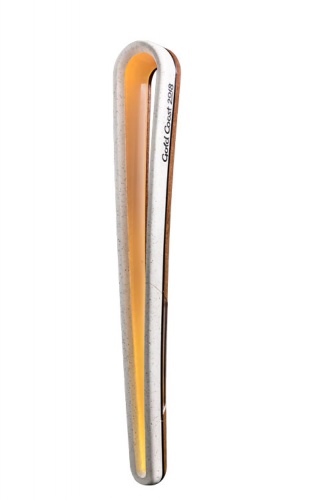 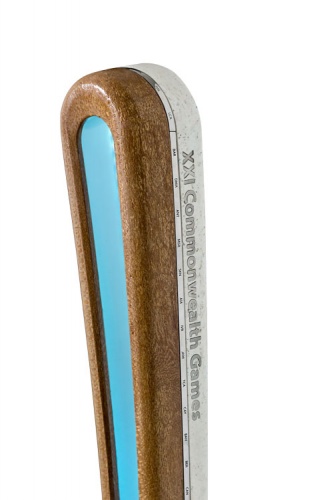 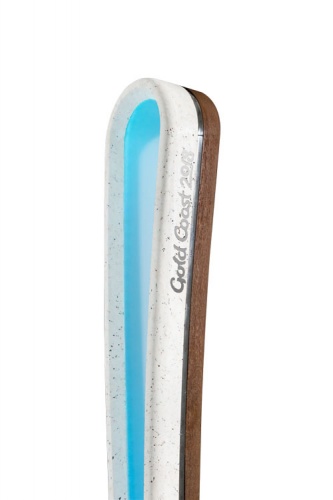 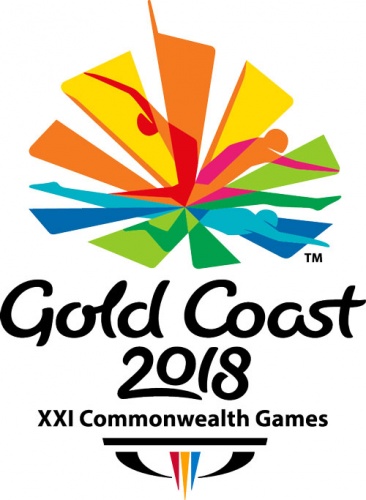