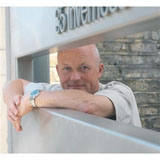 The Home Office has appointed 35 Communications to create the brand strategy and visual identity for the launch of the alternative emergency services telephone number – 101.

The design and branding group has been appointed following a four-way pitch conducted by the public sector rostering agency, the Central Office of Information. 35 Communications was selected to tender along with other groups from the COI’s current 63-strong design and creative for-print roster.

Plans to take some of the pressure off the existing 999 service, which receives high levels of non-emergency calls, were announced last month by the Government. There is also the potential to expand the reach of the Single Non-Emergency Number, as it takes hold, and use it as a single point of contact to report problems in the local community with street lighting, fly tipping and instances of violent behaviour, such as harassment and intimidation.

In New York, where a similar 311 service already exists, the scope of the scheme has also been successfully widened to include community services, such as the handling of local planning applications.

‘The research showed that 70 per cent of 999 calls are inappropriate ones,’ says 35 Communications director Nigel Forsyth (pictured). ‘It also showed that there are a lot of local community issues that members of the community want to get sorted, but don’t feel they can, because they don’t have a number they can call about them.’

The strategic challenge for 35 is to create a brand that can be ‘biodegradable’ as it takes root over time, says Forsyth.

‘If you think about 999, it doesn’t so much exist as a brand, but in our subconscious. If this is done properly, 101 will co