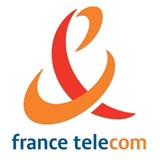 France Telecom is secretly putting the finishing touches to an innovation centre, to be based in Paris, and is understood to have selected British designer Clive Grinyer to spearhead its design resources.

The company is expected to reveal the new building, called Explocentre, in May, as part of a drive to increase the speed and quality of its convergent services – such as content for mobiles, the Web and TV. The centre will be complementary to plans already announced to open a Technocentre for innovation.

Grinyer, who is currently director of design and usability for Orange Global Products, owned by France Telecom, moves from his London role to join the parent company this week, but declines to reveal details of the new position. ‘I can confirm that I am moving to Paris and a further announcement will be made shortly,’ he says.

However, it is understood that Grinyer will head up a large design studio at the Explocentre, overseeing both an internal team and external consultancies and designers. Staff from the centre will comprise a mixture of existing France Telecom personnel and new appointments.

Grinyer’s global role at Orange in London is understood to be currently without a replacement, although the rest of the team is thought to remain intact.

France Telecom has accelerated its transformation plan – unveiled in June 2005 as New Experience in Telecoms services, or Next – in response to the fast pace of technological change and continued difficult market conditions, the company said in a statement earlier this year. Plans include ‘strategic marketing, based on a new innovation centre and a joint product factory, to shorten the time to market of new services’.

The transformation includes a rationalising of the company’s brand architecture, with Orange set to become the international commercial brand for mobile, broadband and multiplay offerings. The first products of the consolidated Orange brand are expected as early as next month, following a long-running strategic plan by Interbrand (DW 16 February).

A spokeswoman for France Telecom was unable to comment on the plans for the Explocentre as Design Week went to press. However, Louis-Pierre Wenes, head of Next, is reported to be working on the project.

• Set to launch Explocentre and Technocentre, to speed up innovation in products and convergent services

• Bringing all consumer-facing mobile, broadband and multiplay services under the Orange name, with brand strategy by Interbrand

• France Telecom corporate branding is currently overseen by Landor Associates, which designed the current identity, launched in March 2000 (pictured above)

• Rolling out its NExT business transformation plan, headed by Louis-Pierre Wenes