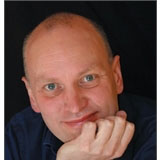 Say what you like about railway privatisation, at least we got a rainbow coalition of smart, shiny new liveries – oh, and a few hastily tarted-up old trains, such as those of Midland Mainline, which appeared to have based its original look on 1970s turquoise Barclays Bank facia. It also seemed to have trained its staff in East Germany’s Stasi charm school – it has improved a lot in both areas, I’m told.

If there were some less-than-convincing corporate identities in the chaotic, immediate aftermath of privatisation, there were also a few good results to come out of the whole sorry business. The best of these, for me, is the tiny company known as Hull Trains. Like Avis, it tries harder. It has to, because not only do Hull Trains’s box-fresh Class 222 diesels have the unenviable task of raising the profile of the city of Hull, they have to operate without any subsidy whatsoever.

Hull Trains is what is called an ‘open access’ train operator – which means it is not a privatised, and thus subsidised, chunk of the old British Rail, but a new company which buys a certain amount of track capacity, fitting its trains into the gaps between the services of conventional ex-BR operators, such as Great Northern Eastern Railway and Virgin.

So this is a train company which has more in common with a budget airline. It identified a gap in the market – the Hull region had no serious, direct service to and from London – and then went out to acquire its trains and buy the railway equivalent of landing slots. This was one hell of a gamble – especially as the company launched in 2000, the year when the national infrastructure, under the hapless Railtrack, fell to pieces disastrously – but it paid off. This minnow of an operator is friendly, fills its seats better than most, turns a profit, has reinvested in faster trains and has won all kinds of awards.

But what it does goes beyond this. If you go to King’s Cross and see a shiny, green, little four-car Hull train sitting, like a toy, among all the hulking blue-and-orange GNER brutes, it’s hard not to smile. It represents East Yorkshire resolve.

It does a fantastic job of putting Hull on the map. A city with no profile has extended marketing tendrils right down to the capital. It’s as if you saw smart, provincial buses plying the London streets. The success of the service tells you that it runs to a well-connected city, not some abandoned Humberside fish-dock.

That is what a properly-thought-out transport company can do. If you just looked at the trains’ livery, you wouldn’t immediately shout Eureka. It’s nice, it’s OK, but it has none of the instant-recognition clout of Virgin’s. On the contrary, it is positively subtle in comparison.

The point is that, with this outfit, the business concept, the level of service and the design, all work together to make something you can have confidence in. Because they can’t afford to disappoint you. What is it, after all? Just a few fast ‘diesel multiple units’ running between one city and another six times a day. It shouldn’t exactly be difficult.

But, while brands like Easyjet or Ryanair represent nothing more than an idea of cheap travel, Hull Trains represents a very specific alternative. It’s the only open-access train company of this type in Britain so far, so using it feels like beating the system. Above all, it demonstrates the oldest marketing mantra of them all – stick to something simple, and do it well.