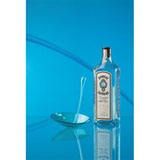 Bombay Sapphire’s Designer Glass Competition has been won by a pair of UK-based designers for their contrary martini glass.

By playfully placing the glass’s stem above the bowl, the pair were rewarded for creating a new, elegant drinking experience for the martini cocktail, according to a panel of judges which included Ron Arad, Dror Benshetrit, Lena Bernstrom, Nadja Swarovski and Patricia Urquiola.

Charlotte Ryberg from Sweden and Or Wai Kit from Hong Kong were awarded runners-up prizes of £3 000 and £1500 respectively.

A total of 26 global finalists were invited to participate in the competition and exhibit their entries at the Superstudio Piu in Milan.