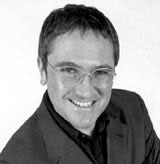 Designers’ abilities to predict consumer behaviour and help industry save billions of pounds on wrong-headed new product development has received European Union endorsement in the form of an EU-funded research project.

The Design Council has helped secure EU funding for a year-long study of design and designers’ roles in shaping the future.

The project, news of which was exclusively revealed in Design Week (DW 20 September), is called Design for Future Needs and has EU funding of about 225 000 Euros. The Design Council had originally hoped to tie up the deal in September.

The Design Council has a management role in the project, which involves European design bodies and universities, such as the Agence pour Commerce Industriale, Interaction Design Institute in Ivrea, Italy, CNAM, University of Arts in Helsinki and the Bureau of European Designers’ Association.

Design Council director of design and innovation Clive Grinyer says, ‘[The EU] has identified design as something we are very good at and that can give Europe the competitive edge in industry. Designers predict and interpret future consumer behaviour in ways that scientists and economists would never get to.’

Grinyer says that the project will first look at the way designers identify emerging behaviour. IDI and the University of Arts in Helsinki will put together case studies on the specific tools and techniques designers use in divining the future.

The project will culminate in a conference of European commissioners, scientists, technologists, academicians and company chiefs.

The catalyst for the project was a conference organised by Beda to promote the worth of design in EU circles at which Design Council chief executive Andrew Summers met European commissioners, says Grinyer.