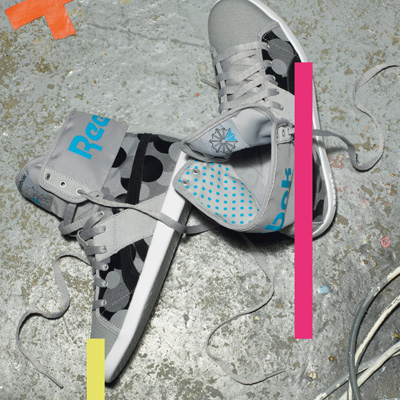 Odd is working with Reebok on a project for trainer range Reebok Classics, which will see the consultancy design look-books across print and online platforms.

According to creative director Nick Stickland, the consultancy was appointed directly in October 2010 and selected for ’target projects – with no pitch involved’.

The first look-book project is being undertaken ’with the view to open up a wider remit’ for Odd, Stickland says.

Stickland says Reebok is showing ’an appetite for design-led thinking’ and has shown that it will ’embrace the world of design’ through Odd’s proposals.

The multi-channel look-books will project the values of ’energy and the street’, says Stickland. He is unable to reveal full design details, but says there will be strong use of colour and design expressions which explain ’the notions of street culture’.

A moving image or filmed solution is likely to form the basis of the online autumn/winter look-book, says Stickland. He expects onand off-line work to be complete in ’60 days’, ahead of an undisclosed launch date.

’We are now executing concepts for the shoot,’ says Stickland. He says the image pictured hints at the ’urban vibe’ and gives ’clues as to how we’re injecting colour into the story’.

Although the look-book range is aimed at stockists, buyers and suppliers, Stickland says Reebok is ’undecided’ if there is a consumer benefit.

He says, ’As with any look-book, a lot of ranges don’t get bought, so there would be a smaller version if it were designed for consumers.’