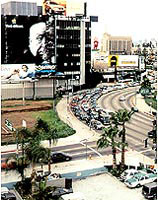 Energy drink is in full flight at RCA show