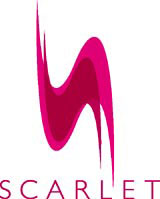 Manicure chain The Nail Bar is being relaunched on Monday as Scarlet, in line with a plan to roll out several new sites during the next few months.

Rhodes Design has created the new name and identity in an effort to distinguish the nail salon, which was originally established 18 months ago, from its growing list of competitors.

The rebranding will first be seen at Scarlet’s new shop on London’s Marylebone High Street, with an additional three or four London sites scheduled to open by the end of this year.

A range of own-brand products will also be launched by the chain.