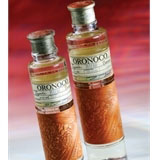 An ornate bottle for Diageo’s Oronoco Rum shone brightest at this year’s Starpack Awards, winning the contest’s Supreme Gold Award, as well as a string of other category prizes.

This year’s honours, which recognise innovation in package design, launched a number of new categories to reflect changes in the industry.

‘We weren’t looking at particular points of innovation, so, along with The Packaging Society, we decided to break the categories up and make more of them,’ said Terry Robins, head of the judging panel.

Diageo’s ‘stunning’ bottle netted the top prize for what Terry described as its ‘overall feel, tactileness and shape’. Designed by Smith & Co, its Brazilian white rum comes in a slender glass bottle, surrounded by an embossed leather wrap. ‘The whole theatre of the pack makes you want to touch it and feel it – you want to own it,’ said Robins.

‘The best thing [about this year’s awards] was that there were lots of very clever devices,’ said Robins. 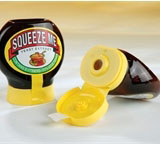 However, entries that addressed environmental concerns were disappointing, and the judges didn’t award any gold stars for the category of Best Packing Innovation Leading to a Significant Reduction in Household Waste.

The judges felt the entries weren’t sufficiently advanced to merit the Gold Star award, but silver went to Plantic Technologies for its water-soluble thermoformed tray for Nestlé Dairy Box.

Robins said he expected more innovation in that sector from next year’s entries. ‘The big one next year is going to be innovation in environmental issues – that’s what’s slowly coming through.’

Although the new categories in this year’s Starpack Awards did allow for the recognition of more innovation, Robins admitted that the number of award groups – there were more than 20 – was confusing at times.

‘I think we’re going to alter the categories again for next year,’ said Robins.

Getting results from design