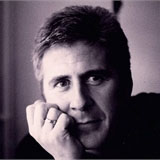 International branding consultancy Mildberry Group is expanding its network to Italy, through a partnership with Milan consultancy Lumen Design.

The move reunites Lumen founders Drew Smith and Pietro Rovatti with Mildberry vice-president Bill Wallsgrove (pictured), following their earlier work together at FutureBrand’s London and Milan offices. The deal sees the creation of Mildberry Milan, a business that is 50 per cent owned by both Mildberry Group and Lumen Design.

According to Wallsgrove, founder of Mildberry’s London office in 2003, the consultancy may set up additional collaborations in the near future. ‘We are actively exploring new partnerships in other regions, with negotiations underway,’ he says.

Mildberry Milan adds to the network’s offices in London and Brussels, as well as its Moscow headquarters, which was founded in 1999 by Oleg Beriev.

An Italian base allows the consultancy to serve clients wanting to expand out of – or into – Russian markets.

The formal partnership, agreed earlier this month, follows a period of ‘loose collaboration’ between Mildberry and Lumen Design.

‘There are lots of projects coming from Russian clients and we are sharing work across all the offices all the time, moving personnel and projects around,’ says Wallsgrove.

Mildberry has also appointed its business development director Olga Soulyagina as a partner in the consultancy. Previously based in the Moscow office, Soulyagina will now adopt a central role, co-ordinating international projects across the four offices, primarily from Moscow and London.

The consultancy employs approximately 100 staff across the network. Clients include Unilever, Nestlé and Coca-Cola.