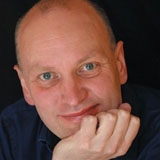 The idea of mass-produced buildings has appealed to every generation, but even prefab structures tend to become expensive. Hugh Pearman wonders why

Just as every generation of students thinks it is the first to nick traffic cones, cover its rooms in tinfoil and watch Casablanca, so every generation of architects reinvents the idea of the building-as-product. This usually involves shipping containers and, when they do that, they deserve a good slapping. Yes, you can stack them up. No, corrugated steel boxes do not make nice rooms. Understand?

However, some take this line of inquiry in more fruitful directions. For about 150 years, people have been tinkering around with the idea of a building that can be a mass-produced product. The Victorians were good at producing flat-pack field hospitals, chapels and glasshouses. You could order them from catalogues. Timber-frame mail order homes enjoyed a brief vogue inter-war. Post-war prefab homes were good, if alarmingly costly. The idea of using spare wartime capacity in aircraft factories, say, to make other kinds of cheap and quick homes never quite seemed to work, though celebrated American inventor and seer Richard Buckminster Fuller came close.

Of course, there’s a huge market in caravans, mobile or static. We Brits are world class when it comes to churning those out. Most campsites in Europe boast Hull-built static caravans. But, as soon as designers get interested in that kind of output and start trying to make it hip, the inevitable result is that it becomes expensive. This is true of Tim Pyne’s M-house, and it is true of the silver cubes of architect Richard Horden’s Micro homes.

I’ve explored prototypes of both of those designs, which are very good and very different. Pyne’s is an exercise in exploiting the arcane laws governing static caravans in Britain. Horden’s, inspired by the beautiful functionalism of racing yacht cabins, is a riff on ingenious space-saving. The single-storey space is used vertically as well as horizontally. The entrance lobby is also the shower. It may find its market niche, but it’s pricey.

So far, cheap factory-made buildings remain confined to the world of the kiosk and the fast food diner. Philippe Starck’s mail order house, though achievable, was a PR stunt: it consisted of little more than an instruction book and a flag.

All of which makes me wonder at what point product design becomes architecture. Norman Foster famously reckoned that a Boeing 747 was effectively a building and, as a design, it has certainly had a longer life than many a piece of ‘permanent’ architecture. It may be enormous, but it moves.

There’s the rub. The blindingly obvious truth – conveniently overlooked by most adherents of factory-made buildings – is that they need land, all the time. True, if the building is very compact, it will need less land. It can even go on the roof of something else, but air rights and structural modifications are also an unknowable cost. Each location is different. The thing about three-dimensional products is that they can be precisely costed. As soon as you have to factor in land values, that precise costing becomes irrelevant. Meanwhile, mass housing estates use traditional methods because, bizarrely, they are cheaper.

From all of which I conclude that product design is about providing measurable certainty, while architecture is about overcoming uncertainty. As disciplines go, they could hardly be more different.