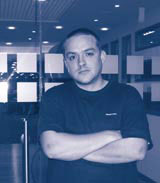 It’s another grey day in London, Leeds, Newcastle or Edinburgh. An ever-increasing workload, ever-decreasing budgets and impossibly tight deadlines are steadily wearing you down. It’s times like these when most people have considered jacking it all in for a place in the sun.

Welcome to the world of the expat design consultancy.

If that’s the fantasy (and for the hundreds of UK designers and design managers who join the overseas exodus every year, it’s probably not far off the mark), then the reality is rather more prosaic. Five years into my own overseas odyssey, and after 18 months as partner in a Dubai-based design consultancy, grey days are certainly a thing of the past. Now it’s only the grey hairs that I have to worry about.

The process of establishing a British design consultancy overseas is, by turns, wonderfully rewarding and maddeningly frustrating. In the beginning, the barriers – cultural, linguistic and bureaucratic – can seem insurmountable. They’re not, of course. And with a little hard work, a lot of flexibility and a willingness to accept that what works at home won’t necessarily translate to your new marketplace, you’ll soon be looking back on your early days with fondness. Honest.

Of the challenges you’ll face, the most profound – not to mention the most enduring – is likely to be cultural. For all the acres of print you’ll read about the effects of globalisation and how English is the new global lingua franca, look below the surface and you’ll soon discover that local cultures, customs and languages aren’t about to give up without a fight.

All of which means that having someone on the ground who can speak the language (both literally and metaphorically) can make those all important early days altogether less fraught. Visa requirements, trade licence applications, real estate negotiations – wherever in the world you might be, you can be sure that an unfamiliar and bewildering landscape of rules, regulations and requirements stands between you and your goal, so it helps to have a guide.

The impact of this ‘culture shock’ is likely to be felt long after you’re up-and-running. As designers, our role is to communicate – and without at least a rudimentary understanding of the local culture, you’re set to fail from the start.

It’s not just the language barrier, although as any British designer who has just been given his first Arabic corporate identity brief will tell you, that does present its own set of challenges. It’s more about the need to gain a solid insight into the mindset of your new client base, and the wider market at large. It’s a truism that to sell a product, service or idea to a consumer, you first have to understand what it is that person wants or needs. Which is harder than it sounds when you’ve not long since stepped on to the tarmac in Dubai, Durban or Darwin and are still trying to work out which of the oddly coloured notes will buy you a beer.

The secret, if there is one, is not just to be prepared to learn that which you don’t know, but also to unlearn that which you do. Even the most basic knowledge – from the emotional buttons a particular image or colour will press to how to hire and fire staff – may prove false in your new environment. After all, the sun has long since set on the British Empire, and with it the monopoly we once held on being right. (Unfortunately, news of the Empire’s demise has yet to reach the ears of many expat British designers. One reason, perhaps, why in many markets – the Middle East included – we’re often perceived as arrogant, intractable and inflexible.)

As always, enlisting the help of homegrown hands is invaluable, though this in itself can prove to be a major source of frustration. In many parts of the world the local talent pool often better resembles a puddle. So if you do find good local people, hold them close and don’t let them go.

If any (or all) of the above seems to be nothing more than commonsense, then so much the better. Unfortunately, that fact hasn’t stopped a small army of UK consultancies – from huge multi-nationals to one-man-bands – from getting it all horribly wrong over the years. Happily, there does seem to have been a sea change of late, with more and more UK consultancies investing the necessary time and resources into ensuring that their overseas concerns are more than just a flag on a map. It’s good for them, good for the markets concerned, and good for the international British design community as a whole.

So whatever the weather’s like outside your window right now, perhaps one day soon you’ll find yourself – like us – comfortably ensconced in a rapidly growing overseas business with a healthy client roster and a staff profile that’s beginning to rival the United Nations in terms of cultural diversity. The sun will be shining, the beer will indeed be cold. And, best of all, there’ll be no EastEnders.

Trade Partners UK offers advice on taxes, legal issues and the design market in every country in the world. It suggests that those thinking about a start-up abroad consider whether a strategic alliance with a similar company might be a better option

Photographer admits he’s been going round the bend