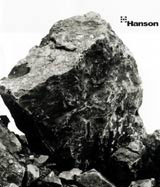 At many quoted companies, the annual report is seen as something of a headache, if not a full-blown migraine. It’s costly, complex, compulsory (for the moment) and has strict deadlines. But with the right content and visuals, it can act as a powerful piece of communication, and more and more companies are treating it as such. ‘It’s our main marketing document,’ says Sian Allan, corporate communications at building materials company Hanson.

Trinity Mirror’s director of communications, Nick Fullagar, agrees. ‘The annual report sits right in the middle of corporate communications. If you are going to just offer up your numbers, you could print them out on A4 and staple them together,’ he says.

A PLC rarely has a public face, so the annual report is the only time the company shows what it’s about, says BamberForsyth Fitch director Nigel Forsyth.

And the document is no more important than for business-to-business organisations. ‘The annual report is the only document that we produce because we don’t have a consumer-facing brand,’ says Paula Cooper, head of communications at chilled food manufacturer Geest. ‘It’s key to promoting the brand to investors and potential investors and potential employees.’

In times of change within a company, the report often comes into its own. Whether it’s a merger or acquisition, or a change of direction, the document is used to tell a certain story to stakeholders. And as the corporate story develops, it is likely to unfold over a number of years through the annual report.

In the first year after a merger, demerger, acquisition or take-over, the annual report can appear almost as a holding document. ‘Sometimes it’s easier to be neutral in year one rather than explicit, because you are bedding [the new company] down,’ says Addison creative director Peter Chodell. ‘There might be teething problems, so you can’t go hard with it. Sometimes they’re a bit grey because they have to be.’

Come the second year, there may well be an opportunity to make a radical statement and change people’s opinions.

‘A big merger takes ages to shake through,’ says Browns managing director Graham Taylor. ‘But once the message has bedded into people’s minds you can be more creative. You can be almost metaphorical.’ As such, the annual report is an exercise in corporate story-telling.