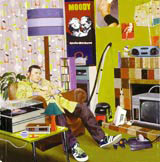 Jason Ford’s Rogue’s Gallery houses a new collection of characters by the advertising illustrator until 13 July.

As part of Berlin-London 2002, The British Council Berlin and the Goethe-Institut London have organised Gallery Swap where galleries from Berlin’s Mitte district relocate to London until 6 July.

Blueprint has designed a ‘water pack’ to appeal to children