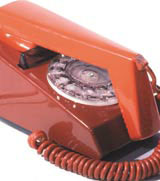 It’s a bit like taking a warm bath, really. A TV programme full of old 1960s types telling you how wonderful it all was. Think of an obvious name and it will be there, from Lord Snowdon to Mary Quant. Think of an obvious product and it will be there, too, from Ken Grange’s Kenwood Chef to the Mini. Will they manage to squeeze in England winning the World Cup? Of course. The Beatles’ Sergeant Pepper? Naturally. Terence Conran’s Habitat? Well, yes. In fact, is there anything or anybody in this entire programme that is not absolutely bleedin’ obvious to the point of clichÃ©? Scarcely. Does it succeed in explaining design at all? No.

I could end this review there, but there’s still some space to fill, so let’s consider Penelope Keith, the plum-voiced actress who has made a career out of playing snobs. She does the voice-over. This is not such a bad idea, since at least it gives us a rest from the harpyish tones of Kirsty Wark, or any of the endless series of today’s male presenters with ludicrously hammed-up regional accents. We do get Molly Parkin and Janet Street-Porter screeching away, though they are amusing enough, as always. At least we are spared the strangulated tones of Stephen Bayley, Roy Strong and Brian Sewell, though I cannot guarantee that they will not make an appearance in the succeeding instalments dealing with the 1970s, 1980s and 1990s.

I think I know what the problem is with programmes like this. Everybody interviewed says what they think the producer wants to hear. They know it’s going to be lightweight, so they don’t try. No hard questions are asked. Nobody goes against the grain, or if they do, it is edited out. With one exception: Snowdon has some mild reservations about the Alex Moulton bike. The whole idea is to produce cheap, easy-on-the-eye TV, using talking heads and archive clips. Which means that in this case, it’s all about the myth of Swinging London, the King’s Road, the alleged white heat of technology. The bit of froth on the surface of a society in social upheaval. And Tupperware.

Two good things: we briefly see the designer of the Harrier jump jet, and we see Patrick Reyntiens, co-designer of the rich glasswork in Liverpool’s RC cathedral. Which apparently looks like a space capsule. Freaky, man. Like, they were running space missions around that time. Yes, I’m afraid that’s the level it’s pitched at.

At no point does anyone really engage with the act of design. Instead, it’s all cod sociology and people saying ‘fantastic’ a lot. Even Grange is strangely muted, though it’s nice to hear that the Kenwood Chef is tough enough to mix concrete. And I think we all know by now that Alec Issigonis’s Mini was a jolly good design. Lord Foster gets two seconds saying he rides a Moulton. Robin Day grins and vanishes. Er – that’s it.

A meringue has more substance than this programme. So does candyfloss. So does thin air. It’s reasonably entertaining. But it’s entertaining tosh of the laziest kind. And it manages this while fielding many of the best names in the business. All of whom, like the viewers, deserve to be better served.