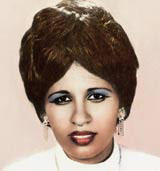 Colors Magazine has appointed Emily Oberman and Bonnie Siegler of New York-based group Number 17 as art director and designer respectively. Oberman replaces Pentagram partner Fernando GutiÃ©rrez who art directed 17 issues before the magazine relocated to New York. An exhibition of 17 pictures, one from each issue that GutiÃ©rrez was involved with, takes place at The Gallery at Pentagram, 11 Needham Road, London W11 from 17 November to 12 December (cover image of the latest issue, and GutiÃ©rrez’s last, Colors 58, pictured). The exhibition celebrates ‘the high standard of photography’ in the magazine and ‘the end of one thing and the start of something new’, says GutiÃ©rrez.

Fitch leads the way as he creates a great full circle

Lessons to be learnt from Rodney returning to Fitch