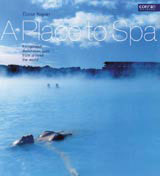 Footprint is another publisher that has redesigned its stock this year. While the company has a lower profile than the likes of Lonely Planet and Rough Guides, it is currently celebrating the 80th edition of what it claims to be the longest running travel guide in the English language: its South American Handbook. For its redesign, Footprint went to Bath-based design group Mytton Williams, which worked on both Footprint’s standard guides and its pocket guides.

‘After looking at the legibility, we increased the point size, and changed the typeface to Meta,’ says Bob Mytton. ‘It makes it easier to read “in the field”: on a street in dusk, say.’ Mytton Williams also worked on the formatting, using bolder headings and putting the listings at the end of each section, as well as employing magazine-like page furniture such as pull-out quotes and small break-out boxes.

‘It’s important that when the reader turns the page, they don’t just see an unfriendly block of text,’ says Mytton. ‘The overall aim is to improve the navigation.’ The pocket guides were the first to be redesigned, and, in this sense, became something of a market test for the standard guides: a process that has been taken up by other guide book publishers.

Another venerable publisher, the AA, has experimented with different formats. Among its innovations are its City Packs, which have plastic covers and include a street map; and its Spiral Guides, which are spiral-bound and offer more in-depth destination knowledge. As the AA produces a vast number of books, it uses in-house editorial and design teams, as well as its own proprietary photographs from the AA world travel picture library.

The price of guide book publishing is constant vigilance, says an AA spokesman. ‘Any guide book series, in any format, has a design lifespan of about ten years,’ he says. ‘You then have to refresh your look and feel. In the guide book world, you cannot expect something to last forever.’ The picture use in AA guides has changed. ‘We use more pictures of people than just static buildings these days,’ says AA picture library sales manager Liz Allen. ‘We want to show the life of a place.’

These days, it’s particularly important that the books translate to the international stage. ‘Very few guide books operate solely in domestic sales,’ adds the spokesman. ‘We have to look at a concept that’ll work worldwide, with a design flexible enough to allow translation. It imposes a certain design discipline.’ It’s also important not to look too much like the traditional idea of a guide book. ‘Research shows that people don’t want to be seen as “tourists” these days, so a guide book has to look more like a fashion accessory,’ he adds.

There’s another factor, which is that AA guides have to ‘resonate’ with the company’s branding. ‘The AA will celebrate its centenary in a year’s time, and it is an established brand,’ says the spokesman. ‘What we offer is a high quality of information, presented in practical formats. The spiral-binding (which is about three years old) makes a statement, in that it feels practical and modern, and also differentiates the product on the shelf.’

That space in your baggage has never been so coveted.

Portrait of a man

The ladies were all a-quiver over Richard Clayton