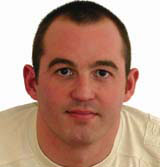 A few years ago, some clever so-and-so probably wrote about how the mobile Internet was going to transform our world, revolutionise business models, and make everybody rich beyond their wildest dreams. So what happened?

Well, had the author been talking specifically about Japan, it would’ve been a pretty accurate prediction. While we Europeans had a lukewarm reception to wireless Internet in the form of Wireless Application Protocol, the Japanese have adopted the medium in astonishing numbers thanks to i-Mode.

More than 40 million Japanese (that’s over a third of the population) already use i-Mode, with a mind-boggling 60 000 new customers signing up every day. They send e-mails, book airline tickets, check the weather and more, via their handsets, at a rate that shames the rest of the world.

This month sees the launch of i-Mode in the UK on the O2 network. Other networks, such as T-Mobile, are following, marking a major turning point for users, publishers and developers in the UK.

I know – you’ve heard it all before. But this time we can take comfort in the knowledge that i-Mode in Japan has proven that a real market exists for the wireless Internet. The key though, will be marketing i-Mode effectively to an apathetic – even openly sceptical – UK audience.

So what is i-Mode and what makes it different from Wap?

The service is a mobile Internet access service from DoCoMo, a subsidiary of Japan’s incumbent telephone operator NTT. DoCoMo means ‘any place you go’ in Japanese, and the acronym stands for ‘Do Communication Over the Mobile Network’.

Wap is a ‘protocol’ and i-Mode is simply a wireless Internet service, so it’s not relevant to compare the two. As technologies, however, they are in competition, and i-Mode is expected to win.

European Wap users have been frustrated by performance and compatibility issues. Site-owners have also found the transition to Wap’s mark-up language something of a barrier. The result is a catch-22 situation – no popular take-up, no incentive for publishers, no good Wap sites, and so on.

Mobile Internet has barely left the starting gates in the UK. This is down to our technology, not our audience or industry. With i-Mode, the barriers to the market are reduced, allowing users and publishers to interface more naturally.

The service sits on top of a mobile network’s voice system. While voice systems are ‘circuit-switched’ (you need to dial-up), i-Mode is ‘packet-switched’, meaning that i-Mode is, in principle, ‘always on’. This gives users the feeling of mobile broadband.

Until recently, European mobile telecoms systems have been circuit-switched, making our wireless experience bug-ridden and expensive. DoCoMo in Japan already had a fully functioning packet-switched network installed before introducing i-Mode. And with the number of i-Mode users in Japan close to saturation, DoCoMo is turning its attention towards us. Packet- and circuit-switching are specific to the telecoms systems on which services are delivered, and have nothing to do with the i-Mode or Wap standards. In fact, both i-Mode and Wap web pages can be delivered over both systems. The ace for i-Mode is its mark-up language. It uses compact HTML, which is a subset of HTML, and is therefore a more natural fit for site-owners and developers than Wap’s WML mark-up. Suddenly, delivering a solid mobile-enabled website is a much simpler and cheaper prospect. Companies such as Egg and Interflora already have i-Mode websites in place ready for the UK launch.

Support for HTML is a very good thing in a wireless world where current code rendering is all over the place. DoCoMo has stuck pretty closely to the W3C’s cHTML spec, although some proprietary coding has already slipped in.

The Japanese wireless Internet boom (more than 80 per cent of the world’s wireless users are in Japan) owes a great deal to i-Mode, but also owes something to Japanese user habits. The Japanese don’t use PCs for Web access in the same way Westerners do, and in some respects it may be more difficult to ‘unwire’ us. But the convenience, affordability and scope of the wireless Internet that i-Mode represents for customers should match opportunities for brand owners and design groups to exploit this new channel.

• Launched this month in the UK by O2

• Already used by a third of Japan’s population

• Enables services such as e-mail, ticket booking, weather updates and so on