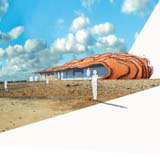 1 Thomas Heatherwick Studio has conceived a design inspired by the contours in driftwood, for a sea-front café proposed for Littlehampton’s East Beach. Planning permission has been submitted for the 60-seat café, which would replace an existing kiosk and shelter.

2 Yasmine Mahmoudieh has designed a super-sensory hotel-room-of-the-future installation for Sleep 05, which runs from 14-18 November at London’s Old Billingsgate Market.

3 A ‘deliberately ambiguous’ cover image has been used by Peacock Design for Kate Bush’s forthcoming album Aerial, released next month on EMI. 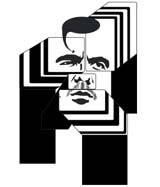 Everything. The organisation campaigns to improve disabled access to live music.

6 Loneliest, by Catherine Jauslin, is part of Artaid 05 at Royal College of Art from 14 to 18 October. The exhibition features works in a range of media on HIV and Aids. 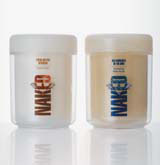 7 Johnson Banks came up with this graphic for the Culture Catalysts exhibition at Lisbon’s biennial Experimenta Design 2005 show. The brief was ‘designs that express opinions you may have about the current state of affairs in the world’.

8 Lippa Pearce has created the brand identity for Naked, a range of toiletries from Enormous Yes Company, which launches this month.