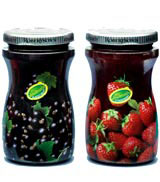 The move is part of Earls Court’s ‘drive to improve its range of services for exhibitors and visitors’, according to an Earls Court spokesman.

The consultancy produced a report for Earls Court prior to creating design concepts, detailing the feasibility of the project ‘as [Earls Court] was uncertain as to what facilities the lounge could incorporate’, says Portland Design consultant David Salter.

The central focus for the lounge is a seating area for up to 35 people and will provide laptop points, a live newsfeed on a plasma screen as well as complimentary newspapers and magazines, adds the Earls Court spokesman.

‘We are trying to take the stress out of exhibiting,’ says Earls Court and Olympia Group chief executive Andrew Morris.

‘It will give the exhibitors a calm oasis where they can relax and chill out away from their exhibition stands.’

Portland Design is awaiting the results of its design concepts for the top floor of Earls Court to see if they will be implemented, according to Salter. The floor, which is used as a circular route for concert-goers as well as for office space, is currently both ‘cold and badly lit’, he adds.

The consultancy’s Club Lounge designs follows its signage work at Earls Court, which launched a few months ago.

Shot In the arm

Häagen-Dazs gets rid of the flavours no one likes

The Book of Truths

Get the facts straight before pointing the finger