Koto has given medical start-up Huma a new identity, including a logo, name change and strategy guidelines.

Huma, previously known as Medopad, was set up in 2011 with headquarters based in London. It creates apps that use health data from hospital databases to help medical practitioners monitor patients. 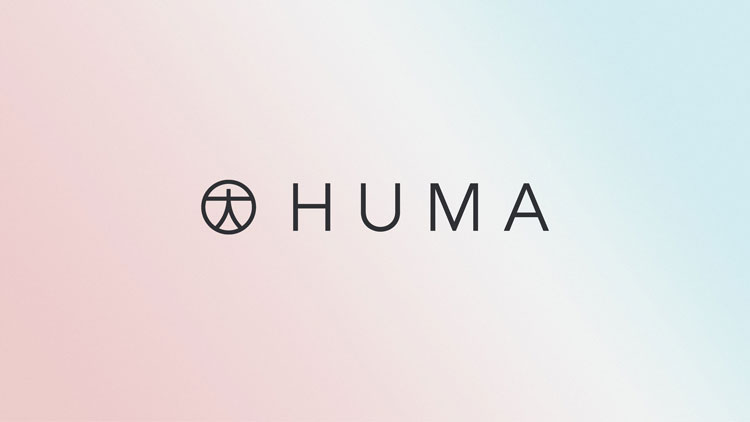 Huma also announced the appointment of its first chairman and acquisition of two AI start-ups, BioBeats (which focuses on mental health) and a cardiovascular start-up Tarilian Laser Technologies.

The rebranding project lasted around 11 months. 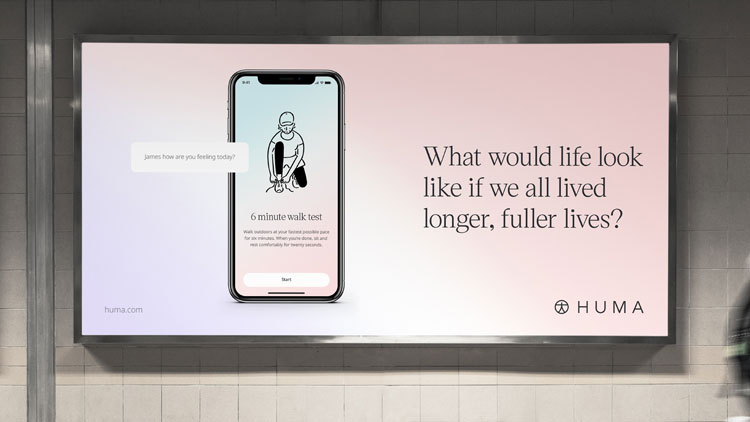 Finding a “balance” for the new identity 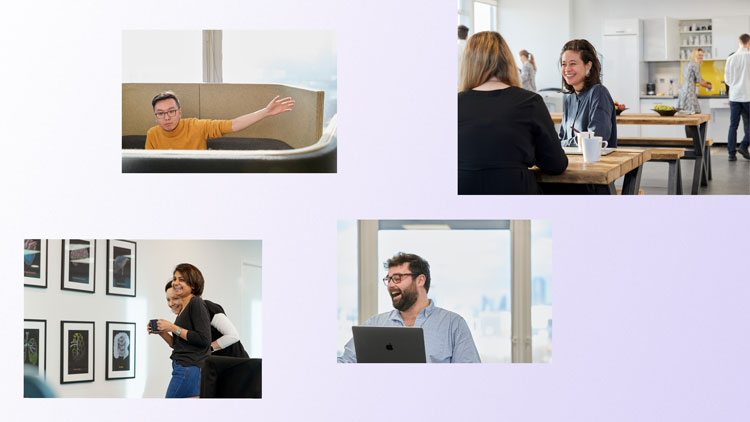 James Greenfield, founder and creative director of London-based Koto, tells Design Week says that the design process was about finding a “balance”. “Like all things in life, it was about balance,” he says. The identity couldn’t be “too lifestyle to underplay the rigour of the science and product and not appeal to clinicians and partners” but it also had to be “soft enough to encourage patients to use and engage in the experience.”

To achieve that blend, the team looked to a range of inspirations. He adds: “We looked at everyday digital products, from social media to lifestyle brands, taking the softness and digital-first thinking, making sure we delivered these cues into the brand.”

Behind the mythological name change 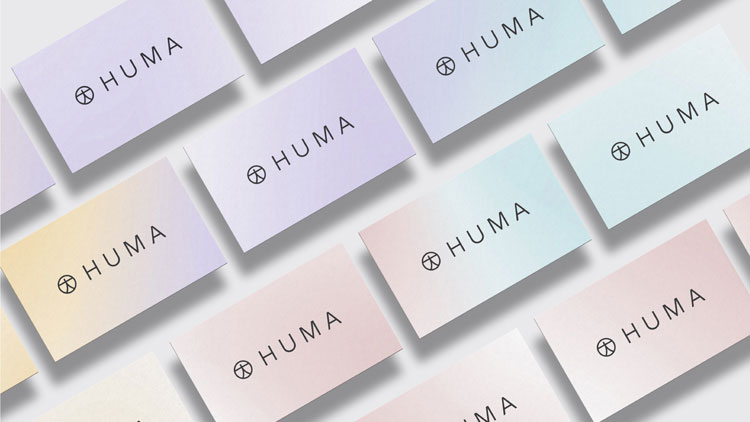 The new name is taken from Persian mythology, Koto says. Huma is a “benevolent and lucky mythological bird” which is “said to renew itself in fire like a phoenix”. The immortal creature does not rest, but instead spends its life “flying invisibly high above the earth”. It has a universal appeal, containing both male and female “natures”. Huma is a lucky charm too, “a glimpse of its shadow will make you happy for the rest of your life”.

The reasoning for choosing this symbol of good fortune is to reflect the brand’s “dedication to the lives of everyone”. Huma also has a similar sound to human, fitting for a healthcare company.

A logo that blends art and science 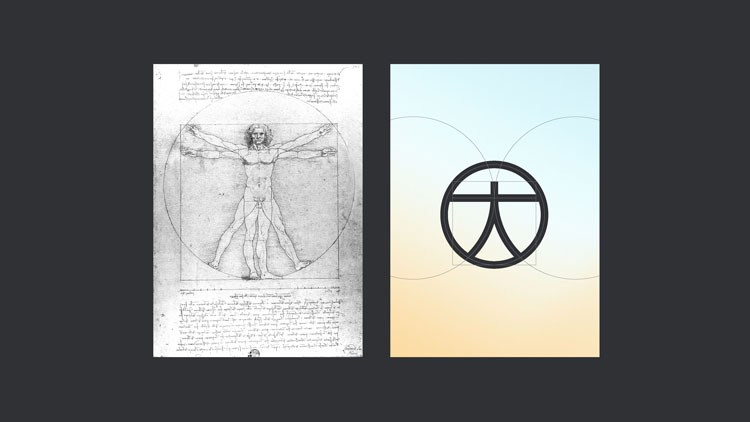 The logo also aims for a universal appeal, by taking its inspiration from Leonardo da Vinci’s Vitruvian Man. The drawing, created around 1490, depicts the ideal human body proportions.

Greenfield says that for the logo, the team “needed to create something which worked globally and felt like it spoke to health being about everything working in balance”. The sketch by da Vinci met the qualifications of being easily identified. 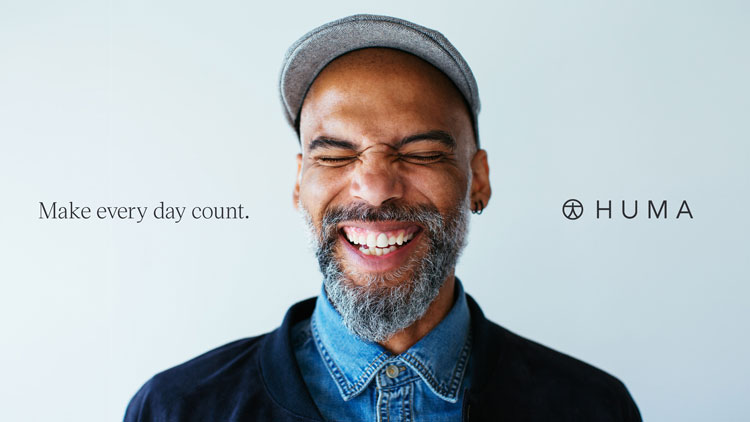 Greenfield says: “It felt apt to bring this blend of art and science together for a brand which is about humanising healthcare.”

Once the sketch had been decided upon, Koto worked on various versions to deliver a “balance of a practical icon that could work at scale with something that felt like it delivered an emotional response”.

A colour palette inspired by the sky 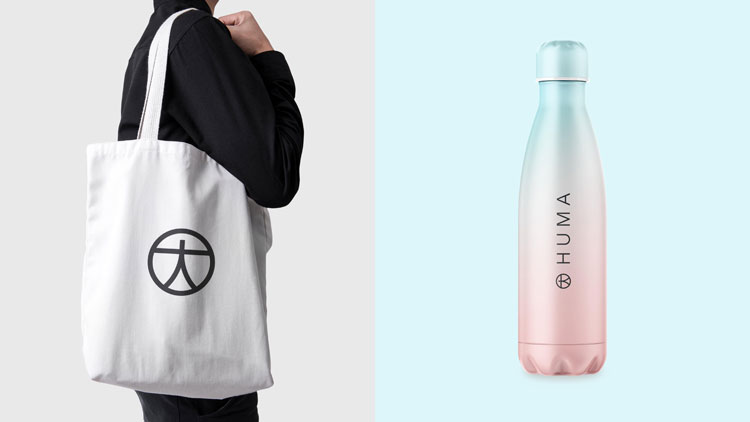 The colour palette has been inspired by meteorology, which “adds warmth and a sense of calm to brand communications” according to Koto. The “warm and cool” gradients are a “breath of fresh air” which aim to provide a “refreshing change from competitors in the healthcare space”. “A clear sky felt an apt metaphor for those who are returning to a life lived to the fullest,” the studio says. 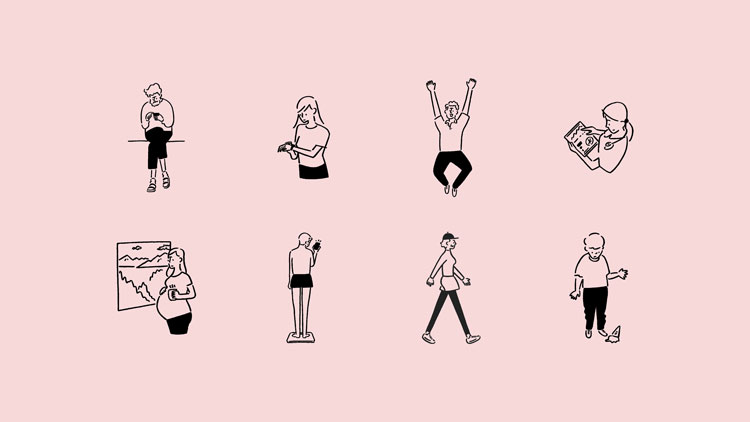 A customised version of Victor Serif has been used for typography, created in collaboration with Kometa’s Christian Jansky. It was chosen in an attempt to “deliver a trusted feeling” which echoes the “semiotics of periodicals and other sources of knowledge”. Noto has been used for body copy.

Tokyo-based illustrator Yu Nagaba developed illustrations of healthcare workers and patients which appear on the app and digital platforms. Again, these aim to add a “sense of warmth, relatability and optimism”.

Tone of voice guidelines have also been created for the rebrand. An animation, created in collaboration with Michael William Lester from Beginners studio, can be seen below:

Visualising the invisible: how medical illustrators help us understand viruses