Royal Mail has unveiled its Romantic Poet stamp collection, a celebration of poets from the Romantic movement.

2020 marks the 250th anniversary of one of the movement’s most famous figures, William Wordsworth. The series of ten stamps also showcases nine other Romantic poets. 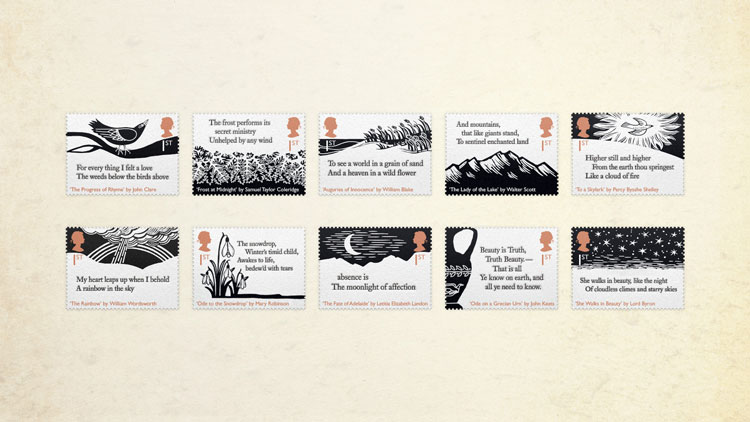 Manchester-based studio The Chase designed the stamps, as well as a coin cover pack and hand stamps. Royal Mail chose the poets that would be highlighted – a list including John Keats and Mary Robinson – as well as two lines from each of their poems.

Stuart Mitchell, a designer at The Chase, says that the studio had to find a way to make the most impact from this brief. Having two lines from each poet created an interesting set of creative challenges, he adds. It was important the poetry wasn’t overshadowed by too “conceptual” a design.

Starting from the words 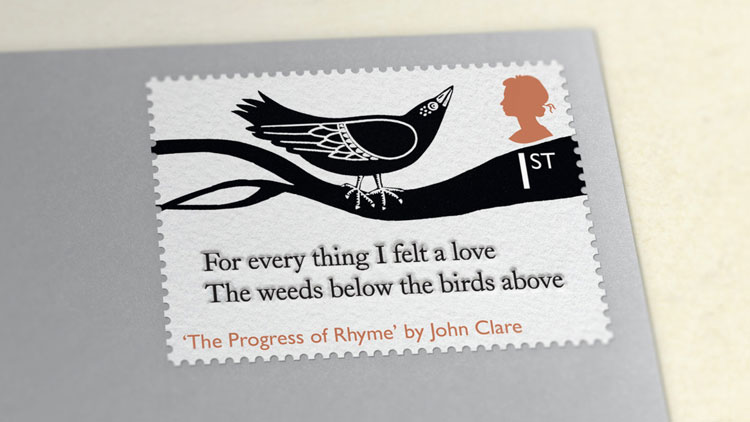 The project required a focus on typography from the start. “This is a project where we’re shouting about the poets and the words that they have written,” Mitchell says.

The typeface Caslon Old Face was chosen for its “authenticity to the era”; it was created by William Caslon, an 18th century designer. It was also a popular typeface during the Romantic movement, Mitchell adds.

“It would have felt wrong just to digitally type it out, especially with the purity of the Romantic movement,” the designer continues. The studio used debossing, which creates a depressed effect on the paper and looked at over 100 samples of paper to find exactly the right texture. A “soft woven stock” was chosen, Mitchell says, which is a cream colour. 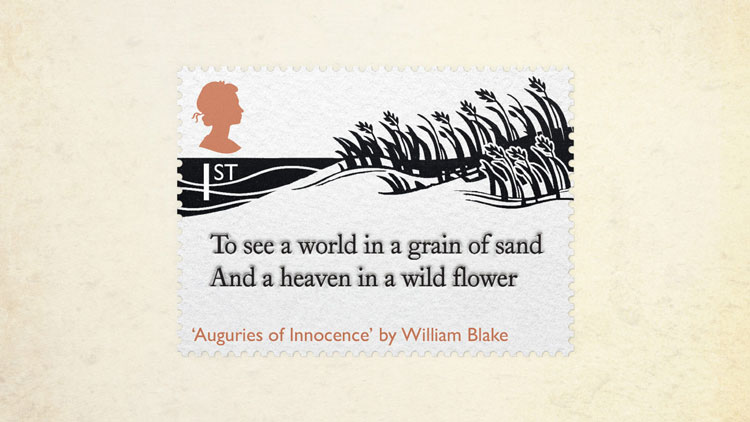 All the words were letter pressed to the actual size of the stamps, which is unusual. More often, images for stamps are created at a larger size and then reduced down to scale. “We wanted to treat the stamp as a canvas and work within its constraints,” he says.

The proofs were then photographed using lighting to capture all the paper’s texture and “enhance the techniques” that went into them. Royal Mail’s micro-dot printing technique means that the paper’s “tactile” qualities are recreated accurately, Mitchell says. 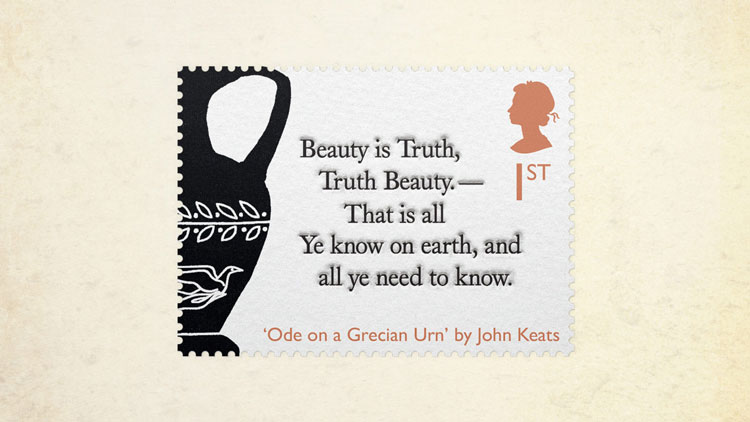 When it came to illustration, Mitchell says that the stamps required a “visual interest that supported the words but didn’t compete with them”. Perthshire-based printmaker Linda Farquharson was chosen, creating themed lino cuts for each of the stamps.

A simple black print technique was chosen so as not to “take away from the poems”. Simplicity was the key, according to Mitchell: “Through these lino cut illustrations, we were able to provide a literal support for the words – we were concerned that anything conceptual would provide a huge distraction from the words themselves.” 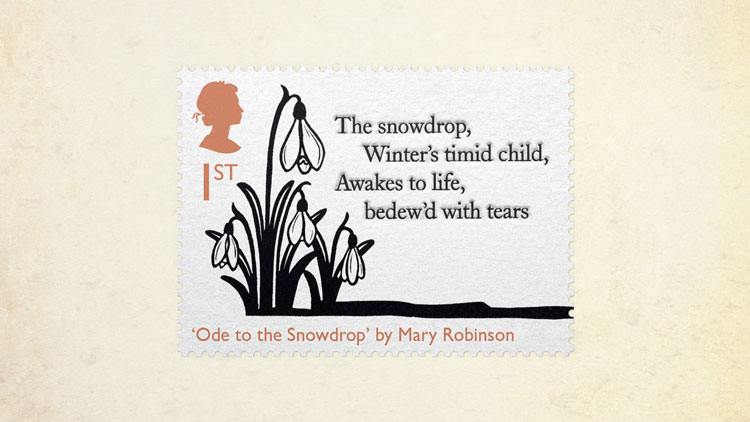 Keats’s stamp features an illustration of an ornate vase, in honour of his Ode on a Grecian Urn while a display of snowdrops illustrate Mary Robinson’s ode to the flower.

A flash of colour is introduced with a burnt orange used on the queen’s head and the captions which give the poet’s name and poem title. “If we’d gone for a bright magenta, it would have taken away from the type and illustration,” Mitchell adds.

A “beautiful nod to Wordsworth” 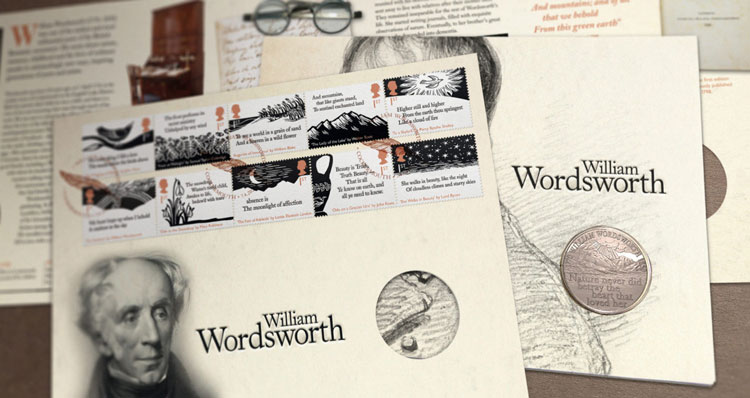 The Chase also designed the inserts for the coin cover pack, which includes a coin with Wordsworth’s recognisable line: ‘I wandered lonely as a cloud’.

The insert features a timeline of Wordsworth life, with images such as his glasses as well as portraits from different ages of his life. “It was an opportunity for us to hone in on William Wordsworth and who he was as a person,” Mitchell says.

The handstamp, which is an illustrated image of a quill, is a “simple idea but beautiful nod to Wordsworth and the tools of his craft”. The handstamp is also red, an unintentional but “nice” alignment with the burnt orange detail of the stamps.

Latest: a guide to the online resources for designers during coronavirus