Allen is one quarter of the Barbican’s in-house design team, established in 2011 and in more normal times based in the Brutalist arts centre itself. Opened in 1982, the arts centre is a much-loved London destination, celebrated as much for its architecture as its creative programme. The centre hosts exhibitions and performances on all major art forms, including dance, film, music, theatre and visuals arts. Over a million people attend its events annually – though this year is likely an exception – and it also has three cinemas, a conservatory and a library.

The design team creates most of the online and offline visual material for the centre, which includes campaign work, merchandise design for the centre’s shops, as well as visuals for the Barbican’s offsite collaboration programmes, which includes the Walthamstow Garden Party and Leytonstone Film Festival. “It’s our job to make every art form look good,” Allen says. 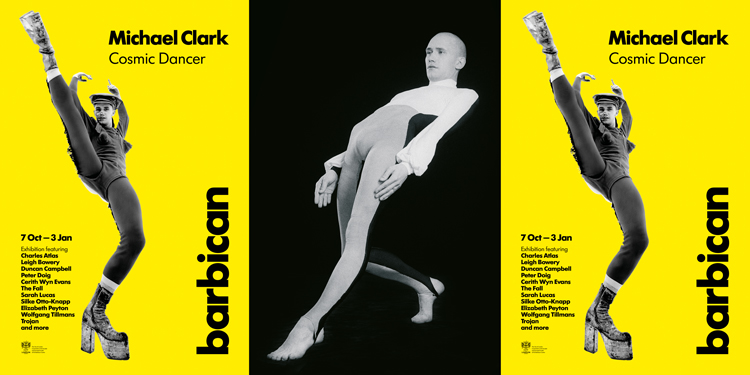 The team is made up of four designers; Claudia Toia and Liam Johnstone (who are more digitally-focused) and William Allen and Peter Hope-Parry (who work more in print). This core design team works alongside the larger campaigns team. This team is divided into the Barbican main sectors – art galleries, theatres, concert hall, cinemas, retail, catering and business events – and is responsible for booking the design jobs, writing briefs and proofing.

The design team is also responsible for signing off any work designed externally and making sure they fit under the Barbican’s brand guidelines. “We’re constantly chatting and we’re always aware of what each other is doing,” Allen explains. 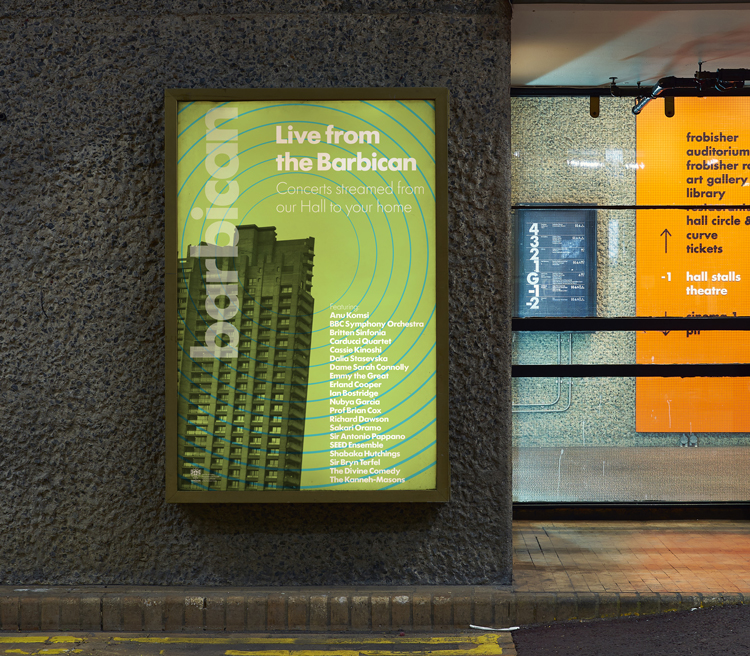 Because the work can take such different forms, there’s nothing “terribly formal” about the day-today process, Allen says. However for bigger projects, all four designers are briefed together which means digital considerations are built into the process from the start. The team will then work on ideas individually, present them to the marketing team and work out the best visuals to show the curators (if it’s an exhibition project, for example). At this point, it’s largely concept work such as digital treatments of print.

After this, they will work to the briefs and present a final set of options to the relevant interest groups. “We work up routes individually and then present it all together, which is great and makes the work more variable,” Allen adds.

The workload is “hectic and constant”, Allen says, and timelines for each project vary hugely. Work can be briefed just days before an event, though other projects have much longer lead-times. Campaign work for October’s exhibition – Michael Clark: Cosmic Dancer – began in January, for example. For an exhibition of this scale, the marketing team will put a brief together with the curators – agreeing upon set images to use in the campaign – and then speak to the designers.

How do different types of designers interact?

Because of lockdown, a lot of the Michael Clark campaign work was digitally-focused, according to designer Claudia Toia. Apart from some flyposting, the promotional work mostly comprised trailers and assets for social media, she says. Within these newer sectors, there is “so much freedom to experiment”, Toia adds, as there is not much existing imagery.

Allen echoes this, pointing to an illustrative campaign he created for the outdoor cinema scheme (he has a background in illustration). It was a new venture at the time so there was not any event photography. “You often have more freedom ironically because you have to create it for yourself,” he adds.

Digital was also important for another lockdown-linked project: the Barbican’s Cinema on Demand scheme. Toia explored dynamic type for this “zeitgeisty” project which involved identity work and design for the platform itself and supporting visuals. “In terms of experimentation, they trust us designers,” Toia says. 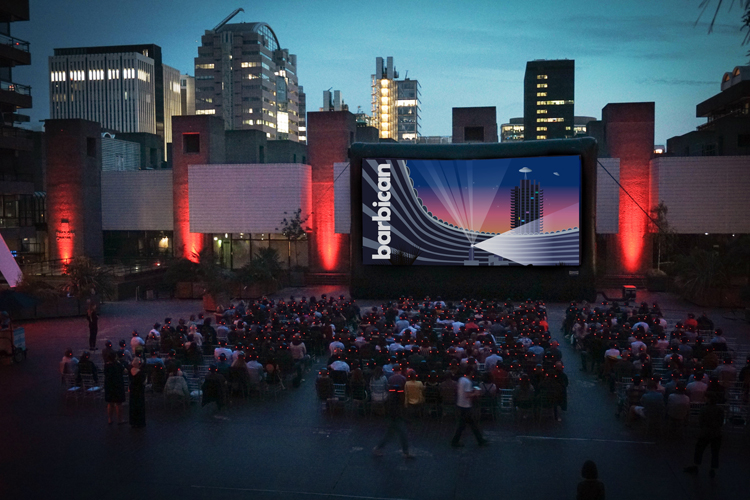 As well as the workload, there are ongoing challenges among the team according to the designers. The first is working within the Barbican’s well-known and widely-recognised identity system – designed by North and rolled out in 2013 – and keeping it “flexible enough to allow for creativity and innovation”, Allen says. But this framework can also be helpful, Toia adds. “The brand is really strong and when you have limitations of the brand, you actually have more freedom to be creative. It’s harder to be creative when you can do everything and anything.”

Another challenge can be to communicate sometimes-complex and challenging artistic projects into a single poster. In this case however, Allen notes that the target audience usually does its research. “People trust the Barbican to curate stuff for them,” he says. “They’re happy to go along with it even when there’s not too much information.”

The main challenge is to keep all the interest groups happy, especially on bigger projects, according to Allen. As with any large project, there are occasionally competing interests from different groups which can include the curators, marketing team and any event sponsors. One of the most difficult responses is when people like parts of each designs and ask them to be brought together, he says. “It’s got to be one or the other or else it becomes a hybrid monster,” he explains. “Our role is about keeping the initial concept together so the idea is weakened too much.”

“Design is important and people recognise it – if you change it too much, people ignore it and walk straight past it.” 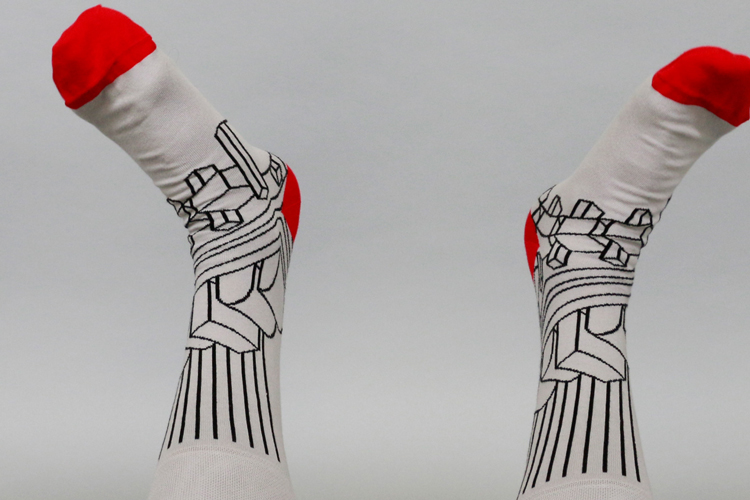 Toia says that one of the best things about the wide-ranging briefs is that she can “jump from projects and skillsets” all the time. “Throughout these projects I’ve picked up new skills,” she says, explaining that she did not do much video or animation work when she first joined the team. “We put aside time to upskill, and that wouldn’t be possible with unlimited funds because you’d just hire more people.”

Allen echoes her enthusiasm. “The projects keep expanding and developing,” he says. And while most of the work is done remotely at the moment – a transition that was relatively smooth thanks to video meetings and organisational software Trello – both designers are excited to be back in the Barbican itself. “We’re lucky to work in the building and go to its events,” Allen says.

“The building’s got that design element, designers come and enjoy the Barbican. It’s really stimulating.”

You can read more in our series on in-house teams here, which includes profiles of the BBC, Lego and Polaroid.