Brody Associates has overhauled Shiseido’s brand strategy and positioning for the first time in the beauty company’s almost 150-year history.

The London-based design studio has created a “brand code” which comprises leading principles, identity guidelines and a bespoke typeface. These will be applied to a variety of touchpoints, including campaigns, packaging and retail outlets. 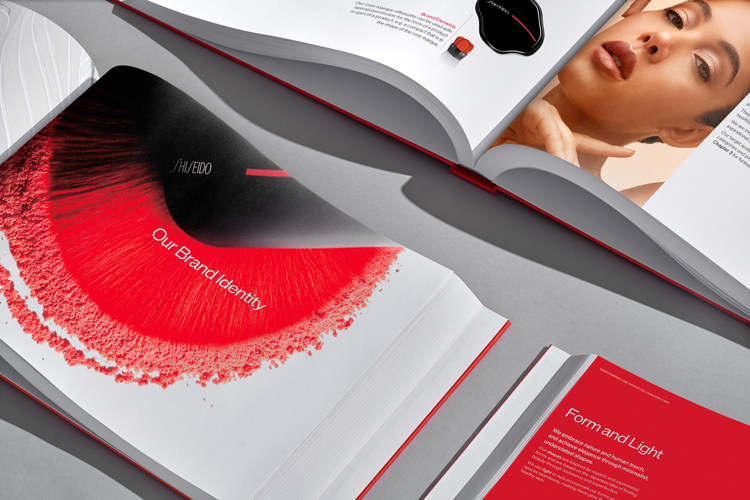 Shiseido was established in the Ginza district of Tokyo, Japan in 1872 and has three main categories: skincare, make-up and fragrance. Its founder Arinobu Fukuhara created the company after visits to America and Europe.

The brand also has an international outreach, with three “Centre of Excellence” teams in Japan, New York City, US and Paris, France which aim to innovate its beauty products. 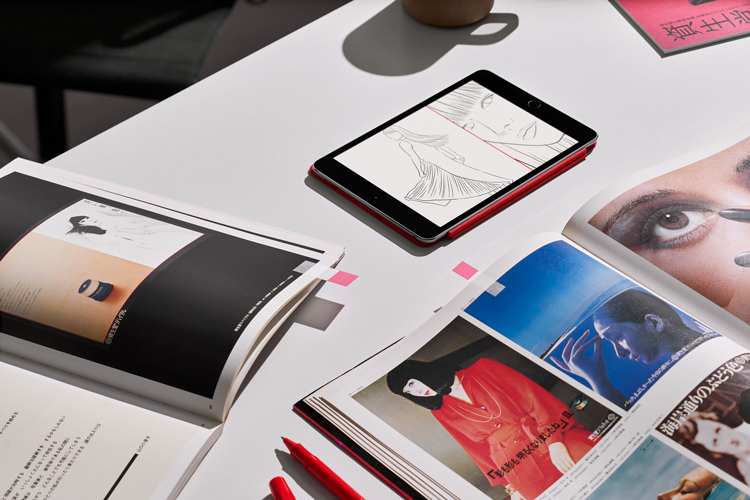 Brody Associates studio director Philip Rodgers tells Design Week that the work seeks to help Shiseido’s move towards becoming a “more globalised brand” as well as harnessing its positions in both a digital and physical space.

The driving question, he says, was: “How do you create an uber consumer journey across all those different touchpoints, territories and markets and have a unified brand strategy, look and feel?” 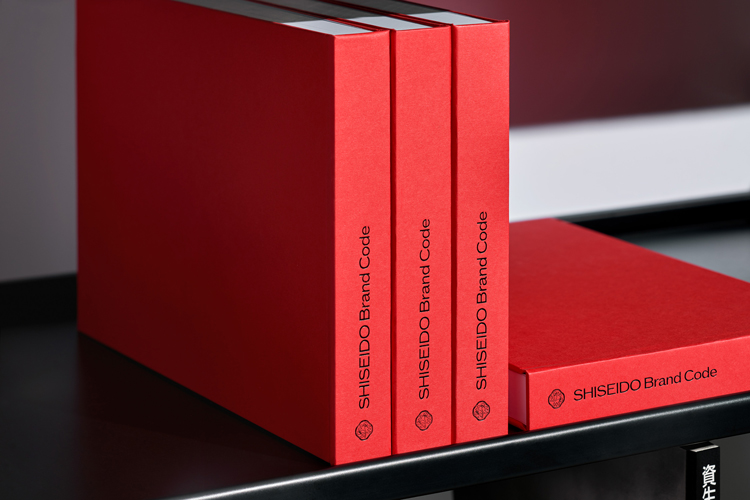 Another ambition was to create a more “agile” brand which this year and its renewed focus on digital experiences has shown is necessary, Rodgers says.

The design process was collaborative with Shiseido’s marketing group and in-house creative team, according to Rodgers, and also incorporated regional stakeholders. It involved a lot of international travel before Covid restrictions were set in place, he adds.

Behind the brand code 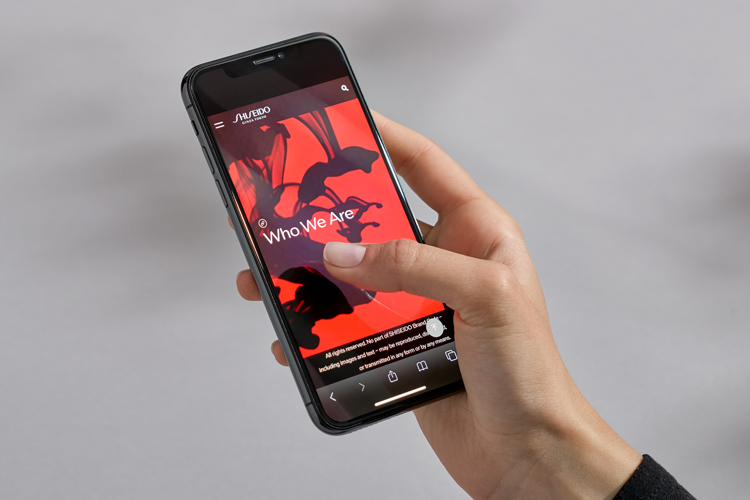 The brand code aims to inform rather than dictate what the brand does across these touchpoints, according to Rodgers. It will be used by the company’s internal team on projects as well as any external agencies Shiseido might be working with.

The two main parts of the code were establishing the brand principles and then how the visual identity could support those, according to Rodgers. The resulting guidelines have been printed in book form as well recreated digitally so that teams can use it on the move. 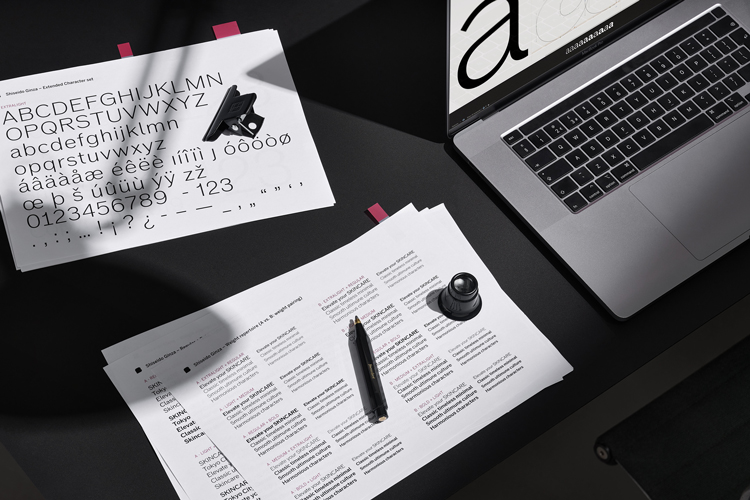 While the logotype and the brand’s camellia flower mark have not changed, Brody Associates has advised on a more “uniform” use of these assets across packaging and visual material, Rodgers says.

The studio has created a bespoke typeface for the brand, Shiseido Ginza. The sans serif typeface is “modern, clean and elegant” with wider proportions to “reflect Shiseido’s luxury positioning”, Rodgers adds.

“In Japan, tradition and modernity rub against each other” 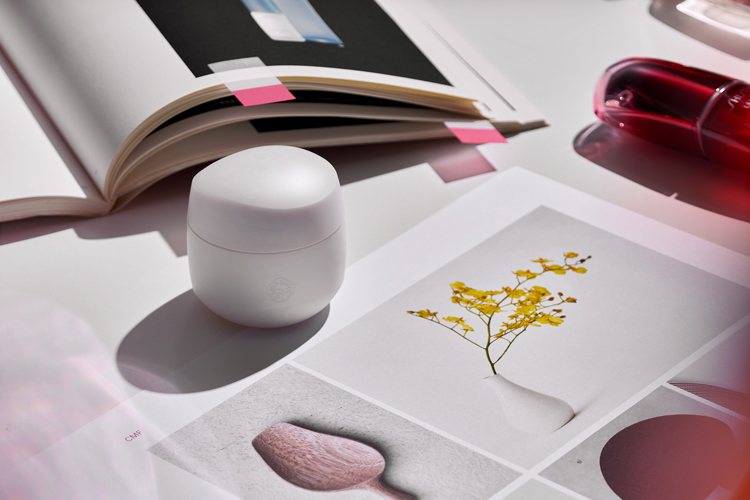 While a sense of “Japaneseness” is crucial to the identity, Rodgers says, the intersection of East and West has long been a part of Shiseido’s brand. Though it was established in Tokyo, it was the country’s first Western-style pharmacy and inspired by French beauty, he adds.

This sense of “duality” inspired much of the new code, Rodgers says. “In Japan, tradition and modernity rub against each other wherever you go,” he adds, “so we worked to see how the brand could embrace duality”.

An example of how this could interpreted is as “rough and smooth” with regards to packaging and materials, Rodgers says. Shiseido also roughly translates to “from the earth” and the brand’s eco-credentials have been highlighted as part of its strategy going forwards.

The code’s emphasis on duality can also be seen in the brand’s flagship store, according to Rodgers, which was opened in Tokyo earlier this year. There is a focus on digital in this newly-designed physical space, he adds. Technology allows customers to experience products without coming into direct contact with consultants, for example. 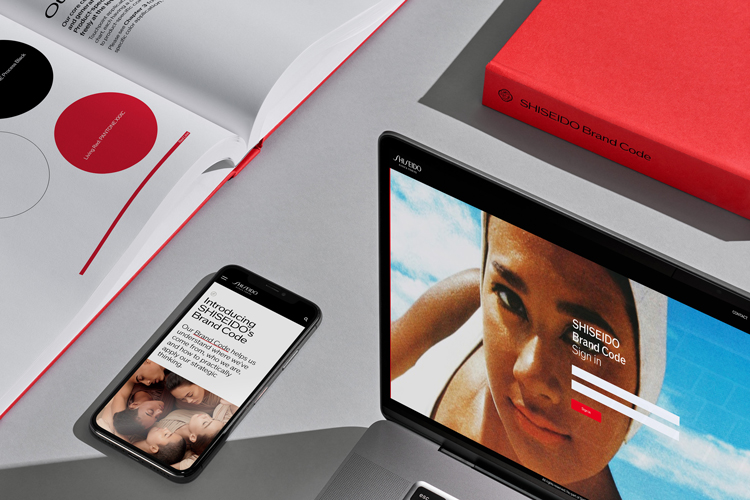 The studio also looked through the brand’s extensive archives. “There were 150 years of a creative archive,” Rodgers says. These campaigns featured established and up-and-coming Japanese talent as well as European talent such as French photographer and perfume creator Serge Lutens.

“Historical elements can inform a successful strategy moving forwards,” Rodgers says. Some of the brand’s diverse stories include a 1960s campaign featuring mixed-race model Bibari Maeda, who was then used in Shiseido’s 2020 summer campaign.

“It was the idea of celebrating someone who started her career with the brand and the coming back and being part of the story,” he adds. “The key was to embrace Shiseido’s rich history but make it relevant to use today.”

What do you think of Shiseido’s brand overhaul? Let us know in the comments below.