London design studio Ragged Edge has rebranded Reveal (previously Sharework) with a play on the imagery of underground societies.

As well as the change in name, the work includes an arch-shaped logo, illustrations and updated strategy guidelines. The new identity rolls out across Reveal’s website and app.

Paris-based Reveal is a software platform that enables companies to share their client data securely and identify areas for potential collaborative growth.

Ragged Edge looked to flip imagery of underground societies as a way to highlight Reveal’s more open approach to business, according to studio co-founder Max Ottignon.

“Rather than borrow specific references, the aim was to create a feeling of mystery,” he adds. “Like stealing a look behind the curtain.” 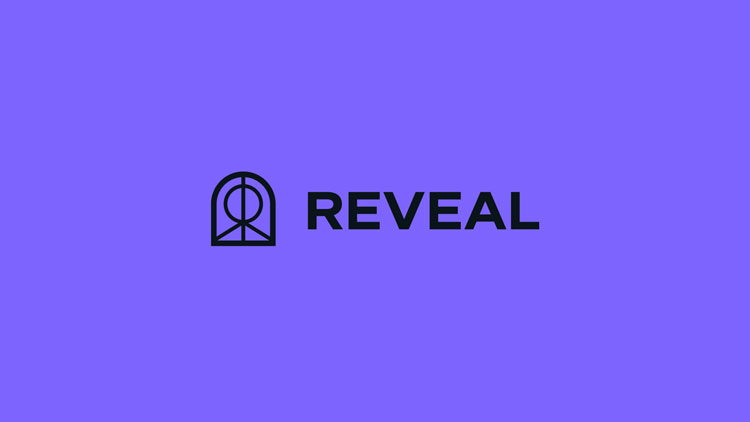 The arch-shaped logo, for example, aims to “add a layer of intrigue”, the designer explains. He adds: “It came from the idea of doing business ‘behind open doors’: the antithesis of the old ways of doing things.”

Describing it as a “doorway that draws you into new opportunities”, the icon could also represent two ‘R’ letters, a reflected person, or a new horizon, according to Ottignon. “It also has this same sense of hidden meaning as the rest of the identity,” he adds.

The theme of secret societies runs throughout the branding. In the photography, for instance, a velvet curtain is featured.

A dark colour palette was chosen to add to this mysterious look, explains Ottignon. It’s mixed with brighter shades to create a “simple, bright and functional digital environment,” he says.

This also allows the brand to “flip between night and day” depending on the user experience required, Ottignon adds.

Illustrations were created by Itamar Makover. These were intended to feel “abstract, but filled with meaning”, says Ottignon. The visuals include references to outer space, jewels and flowers. “There’s a sense of a deeper significance to be unlocked or decoded,” he adds.

The typefaces FK Grotesk Neue and FK Roman Standard – both designed by Florian Karsten studio – have been used to “bring a level of sophistication and harmony” to the identity, Ottignon says. 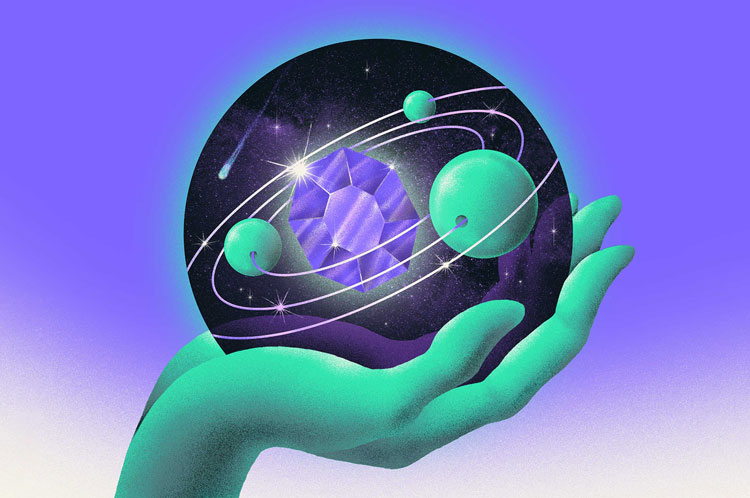 They are paired with GT Alpina in italics which “barges into that harmony”, the designer explains. Ottignon adds: “It’s a slightly weird combination. But good weird.”

What do you think of Ragged Edge’s rebrand of Reveal? Let us know in the comments below.