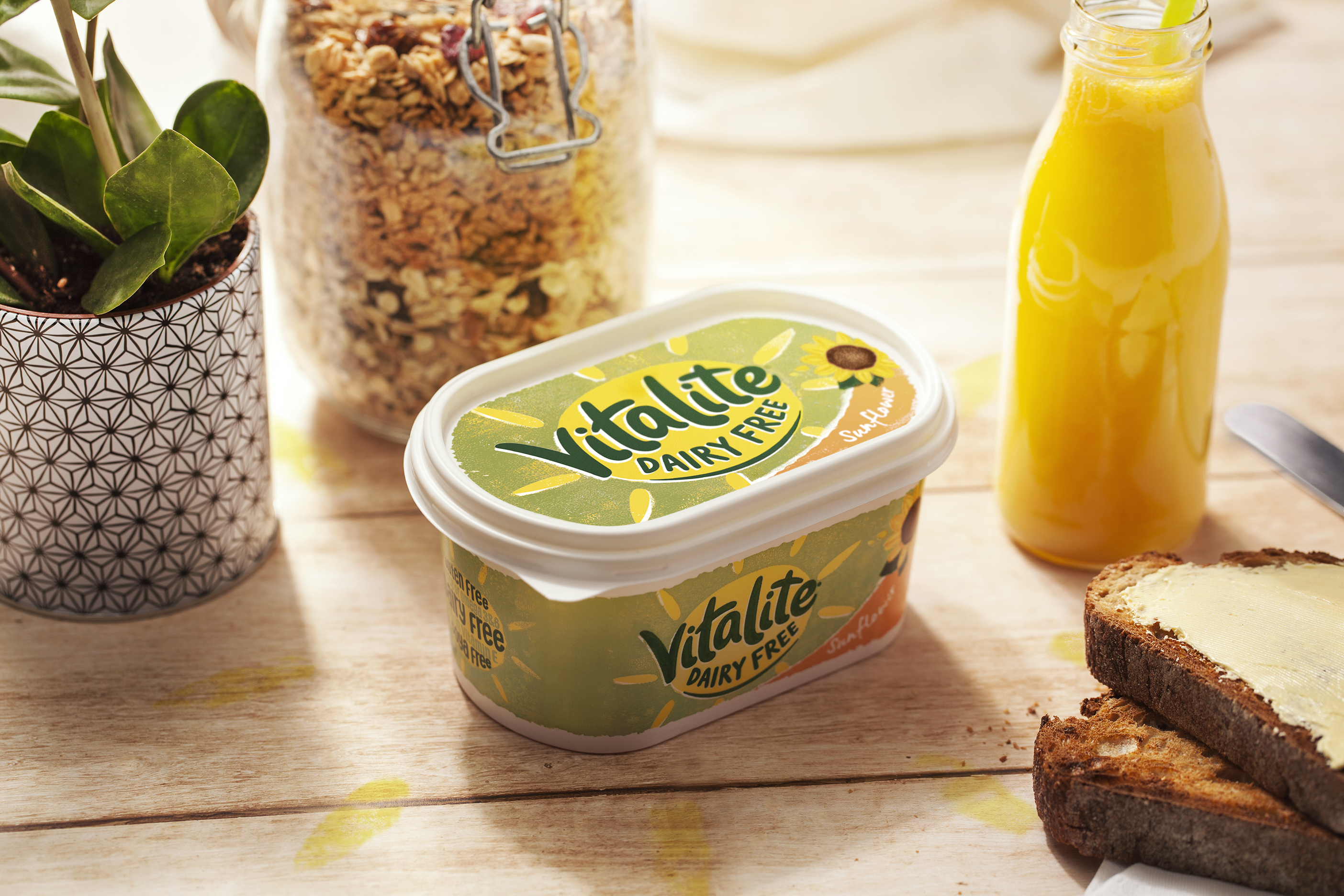 Vitalite has been given a new look by BrandOpus, which has repositioned the sunflower spread as a dairy-free butter alternative.

Research highlighted in the Mintel Free-From Foods report (2016), finds that 10% of people in the UK avoid dairy due to either a food intolerance or healthy lifestyle choice.

This understanding has informed the direction of the project – to reposition Vitalite as a credible dairy free product and “reignite the brand” according to BrandOpus.

As many dairy free products are seen as alternatives that “compromise on taste” BrandOpus was keen to promote the credentials of the product so it wouldn’t be seen as a compromise.

Brandopus executive creative director Paul Taylor says: “The new brand identity and pack design is intended to give the consumer a choice that doesn’t look and feel like a negative compromise.”

Sunshine – a symbol, which has long been associated with the brand – takes prominence on the pack and the “dairy free” descriptor has been made more visible, while the whole pack is now “less cartoon-like”, according to the consultancy. 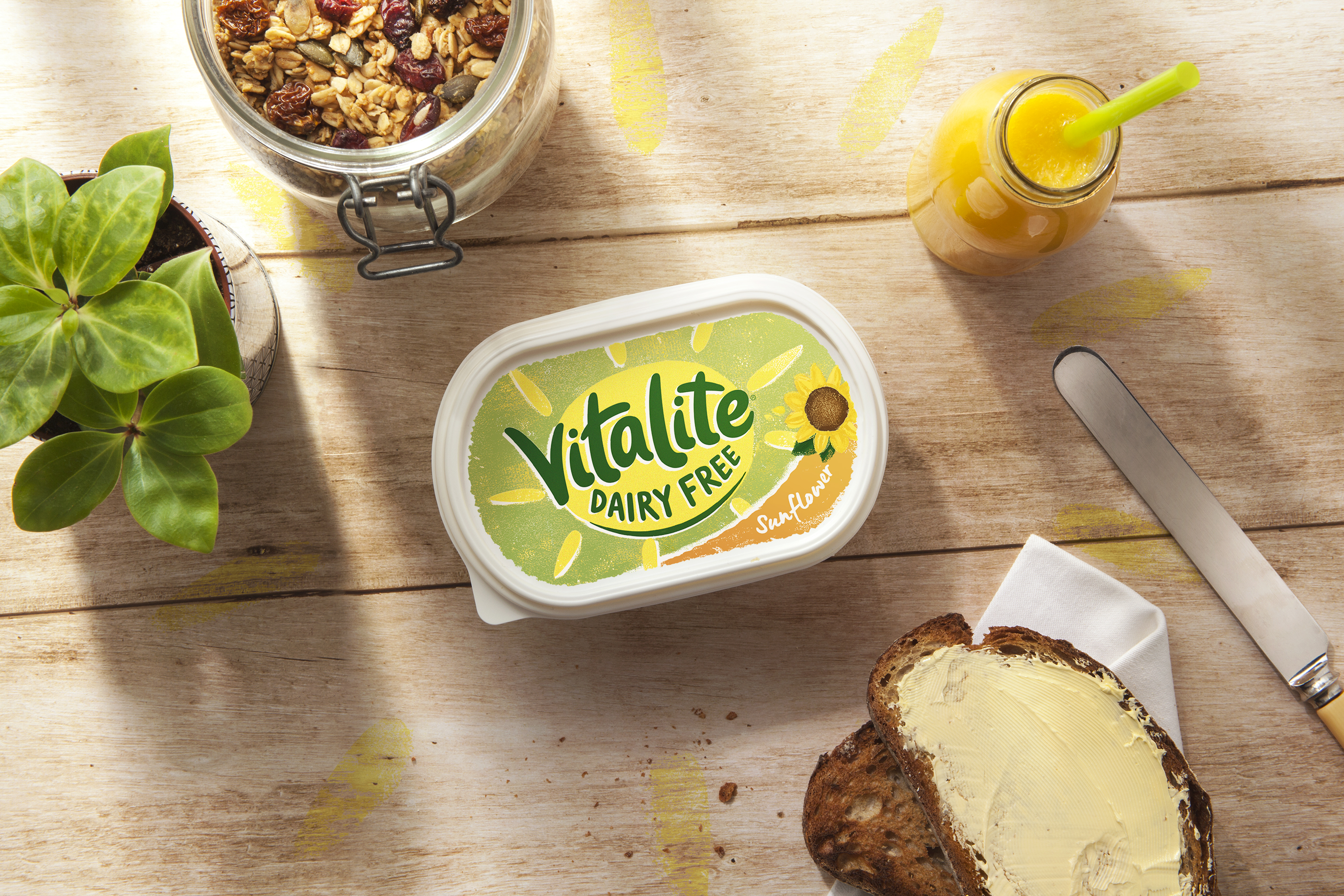 The new brand architecture has been designed to fit in with any future brand extensions.

Vitalite was launched in the UK in 1983 and is perhaps best known for this TV ad featuring a remixed version of Desmond Decker’s Israelites.