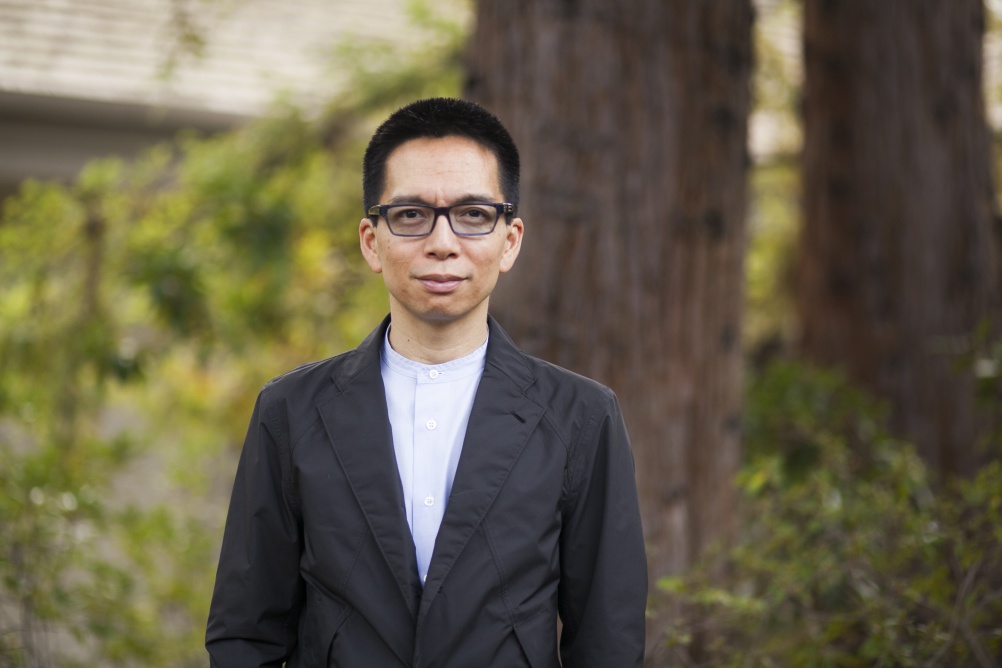 John Maeda, former president of Rhode Island School of Design, has highlighted a massive growth in the importance of design to tech businesses and the venture capital companies that fund them.

Maeda, who joined VC firm Kleiner Perkins Caufield & Byers as design partner in 2013, has released a report showing that 36% of the top 25 funded start-ups were co-founded by designers, up from 20% in 2015. 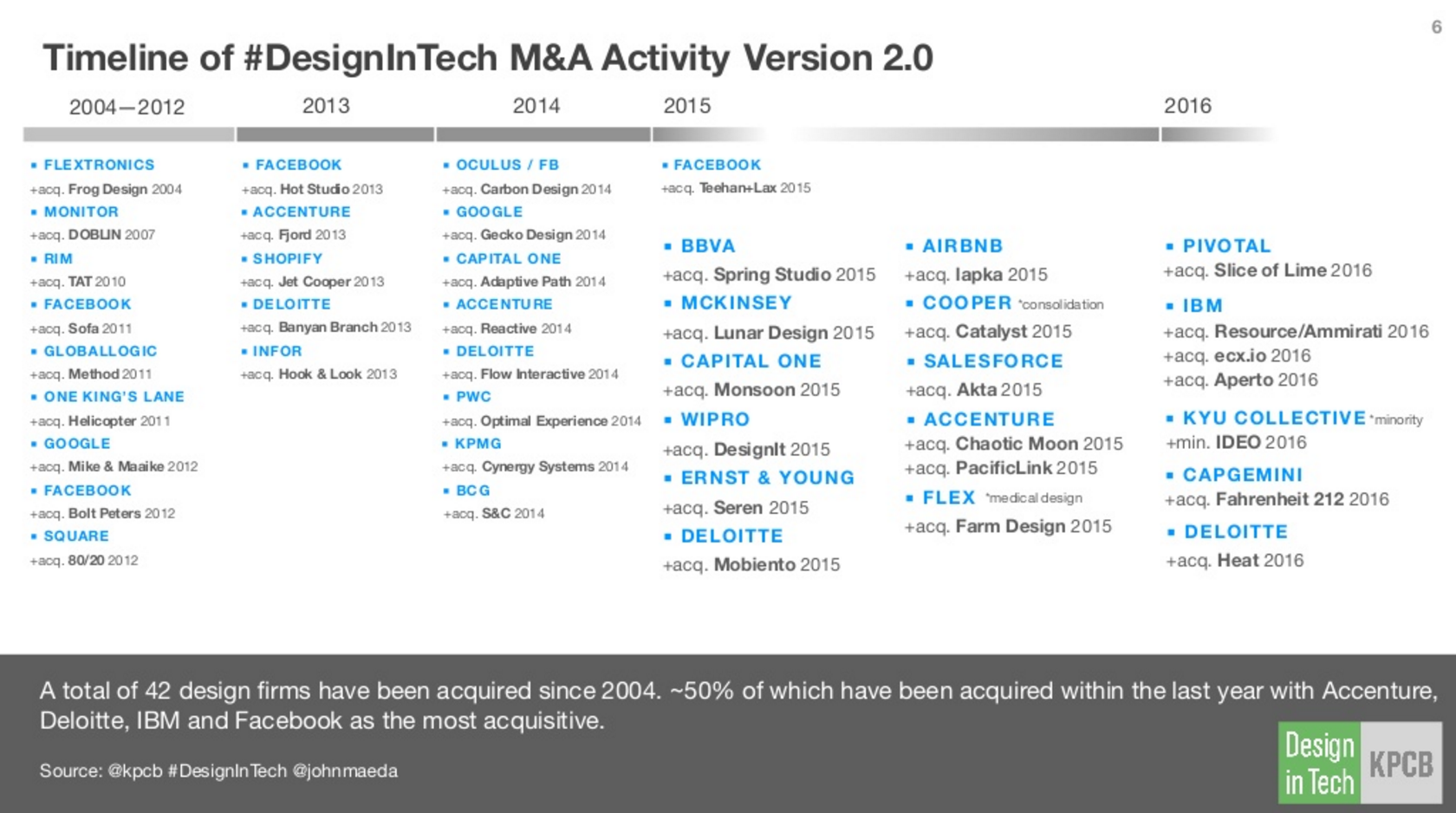 Meanwhile of the 42 design consultancies acquired by tech firms since 2004, around 50% were bought in the last 12 months.

Maeda’s Design in Tech Report 2016 highlights a number of trends that are leading to design becoming increasingly important to tech firms. 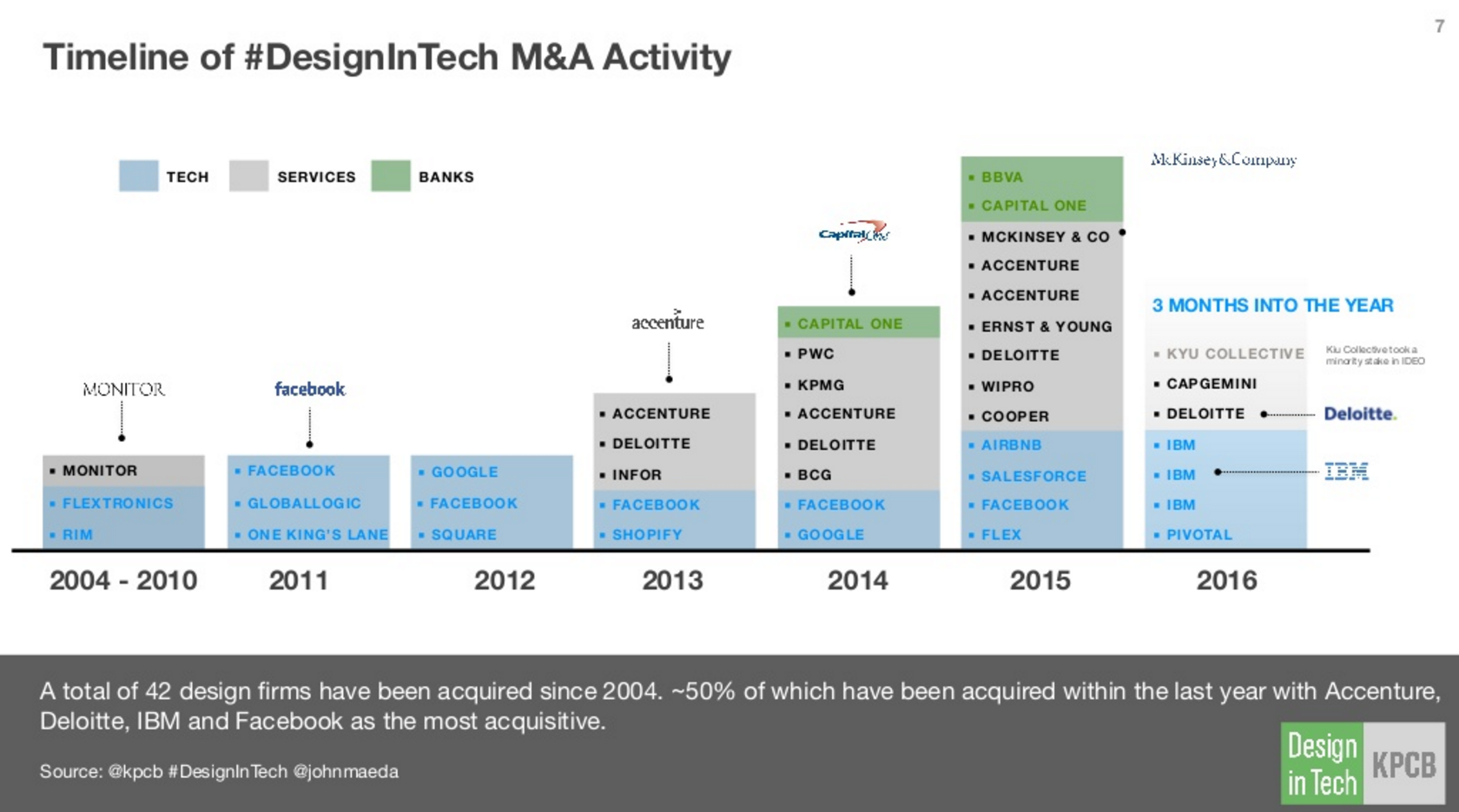 Maeda says this trends is continuing, with acquisitions on the rise and more designers joining VC companies in the past two years than in the previous four years combined.

Accenture, Deloitte, IBM and Facebook are the most acquisitive companies when it comes to buying design firms, notes Maeda. He points to deals such as IBM buying Aperto and Deloitte buying Heat, both from earlier this year.

Maeda also makes a series of predictions for the development of design over the next five years:

One of the key challenges Maeda highlights is the current education system, which he says affects “the technology industry’s needs for data-oriented, coding enabled graduates with business acumen”.

Key skills contemporary designers need, he says, include coding and testing, as well as an understanding of designing systems and culture. 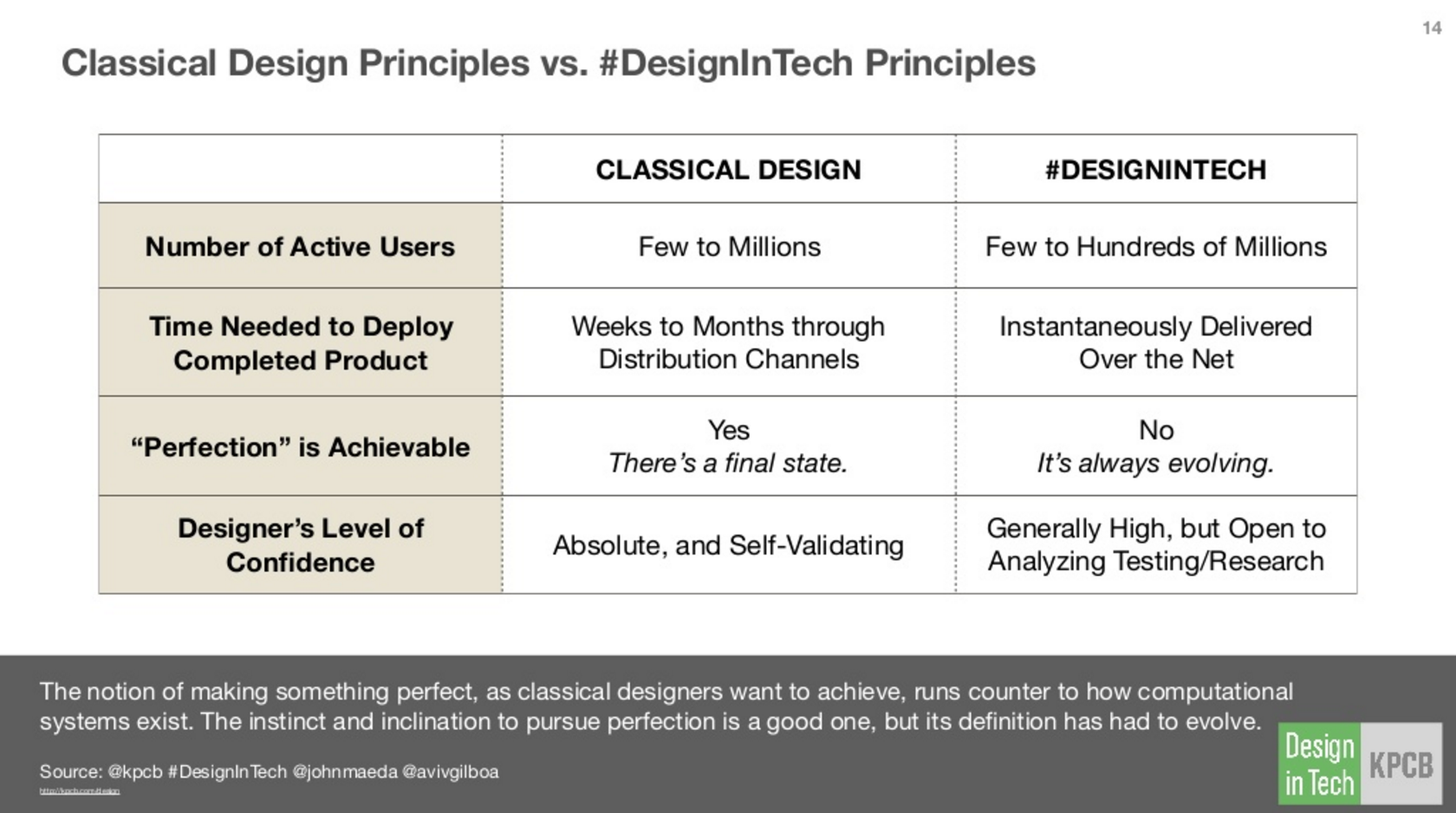 Maeda contrasts what he calls “classical design” with the emerging discipline of “design in tech”.

Some of the differences he sees are that while perfection is achievable in classical design, for design in tech it is always evolving. Designers, too, need to be open to using testing and research, rather than displaying “absolute confidence” in their work.

Read the full report below:

How did you get to where you are today? Ben Terrett